I’ve not seen this addressed directly and have been meaning to raise the question for a very long time.

In order to view new releases in TIDAL every Friday, I’m forced to use the TIDAL app. For some reason, ROON filters TIDAL new releases down to a small selection based on god knows what principles.

If nothing else, I want the option to bypass this intervention and just see new new releases directly within ROON, instead of being forced to use two apps and ROONs search function - it’s just awkward and a pain in the ass. If this is someone’s idea of “curation”, please quit it, not helpful.

There is a lag time between when Tidal gets a new release and when the new metadata from Tidal are uploaded to Roon. Do the new releases you are seeing ‘filtered out’ appear a week (or even a couple days) later? That would be a problem.

I’m familiar with the lag, that’s not the problem. It’s actual for real filtering of what’s shown as TIDAL new releases. Sure all the actual content is available, you just have to search for it rather than browse. If you want to browse it each week you’re forced to the TIDAL app.

Who knows, maybe the lag would be reduced if ROON just piped all of the new releases straight through, unmolested?

Just last night I discovered in Roon ( and probably Tidal) if you go to Genres, there is a “New Albums” section under each genre, just like Qobuz’s lists. And it actually has more albums across more genres segmented out than Qobuz. The Tidal lists are quite a bit larger than Qobuz’s, though Qobuz’s lists have a number of things not in Tidal’s list (and vice versa) that both services do have in the catalogue.

IMO, both through Roon, and through the Tidal app, that’s intended as the primary way to find new releases - by genre. Qobuz does have the “Grand Selection” but the main search is also per-genre filter.

Discovering that may have killed the one reason I had to keep Qobuz, honestly. Though I still find different new releases via Qobuz. (with some overlap.)

Thanks - it hadn’t occurred to me to look at it via genres, which I either seem to find too restrictive or too overlapping. In TIDAL I’m looking at recommended new releases, and since there’s always tons of Rap recommended I never thought they were being recommended for me.

I also agree with you re. Quobuz - the older I get, the more effort I have to put in to discovering new music, so anything that aids that process is worthwhile. 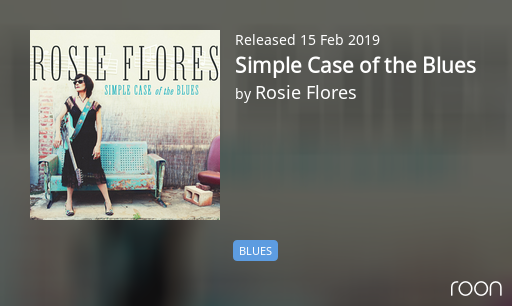 Thanks for the tip.

I find the Tidal app often misses out new releases on the new section and have to search for them, so this.is not unique to Roons Tidal.