Track order in Tidal playlists are not correct. 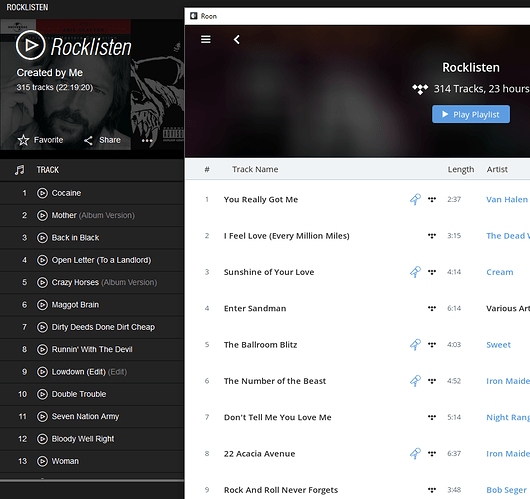 Hi’ @mike
Any status or feedback on this issue?

Hey @VidarDK , would you mind to give us a link to this playlist ?

Hi’ @vova, I have 13 Tidal playlists and most of them has this issue… but not all of them.

Here is a link to one:

Hey @VidarDK, thanks for the link. I can reproduce the described behavior. It will take a day or two to get the sense what it is happening here and how to fix this issue.

I’ve been experiencing the same issue for sometime now. Any updates on a resolution since January? 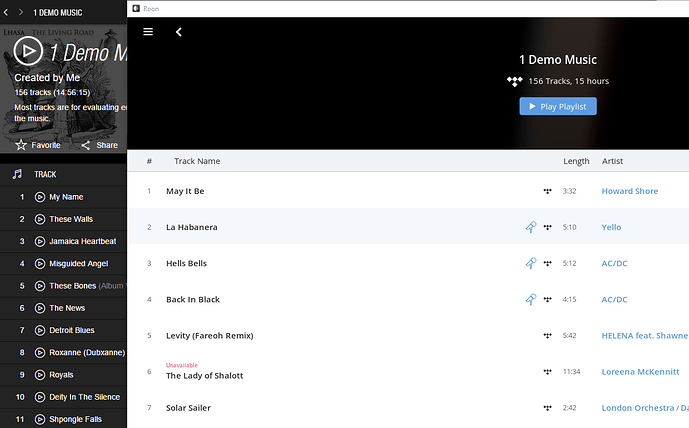 Thank you for the report, and apologies for inconvenience. We have an internal ticket for the issue, and it is on our list of bugs we should fix in the nearest future. I don’t have the exact timeline yet, but I think that the fix may come with 1.2 release or with bug fix releases which will come after main release.

Thanks for understanding and patience.

@vova, Thank you for the update.

@VidarDK, @Larry this issue is fixed. Expect to see the bugfix with 1.2 release.