Tod Ashley Tod Ashley - Wikipedia
of Cop Shoot Cop was originally credited as “Tod A.” on CSC albums. He occurs as an artist in Roon 3 times, once as Tod A., on the same albums as Todd A., and separately as Tod Ashley. The latter has the most complete bio info but no albums, so it is impossible to merge him (or add him as credit first and merge him then, also impossible) 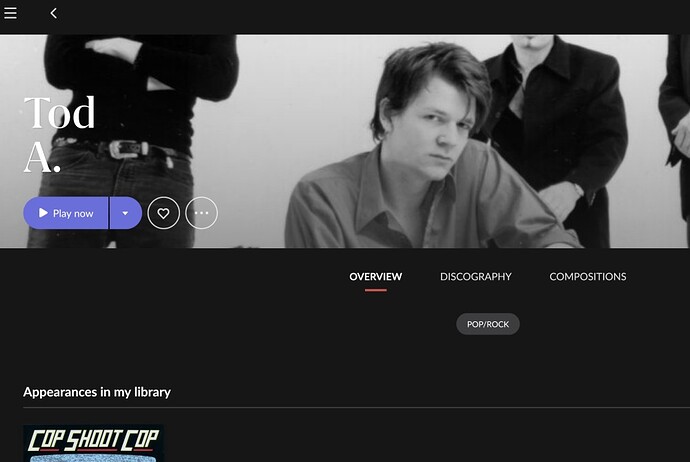 Hi @Suedkiez. We made some edits and Tod A. and Todd A. have now been merged with Tod Ashley. It might take up to a week for the updated metadata to be pulled into your library.

Thank you so much