For the most part I really like and enjoy Roon.

Starting Roon up, not so much…

and by the way… love Roon!

On MacOS I would like to see “command + [” and “command + ]” for going back and forward in the Roon interface. This is a common shortcut for Safari. Thanks.

My God, it is absolutely awful. It’s so inconsistent and downright confounding I can only assume it’s a joke “feature” and everyone at Roon is laughing heartily about it.

For instance, if I want to listen to The Fragile by Nine Inch Nails, I start typing “The” and get a bunch of autosuggestions:

First of all, I have probably 5000 songs/albums/artists that start with “The” but not a SINGLE result in the autosuggest is for just “The” entries and WTF is Kenny Gramble showing up in there for? Once I hit space and start typing “F” I get these results:

At least a few of the results now have the word “the” in them but once again, the fifth result is a total wild card. And after I enter the “r” it changes to 0 results until the word is fully typed and then there’s a single option to choose from in the autosuggest results (despite that being an album that I have two versions of in my library as well as a song that I have over 100 times on various albums and bootlegs).

Another example: when I search for The Ghost Inside (band), I get the same idiotic results for “the” but then once I start typing “ghost” there’s nothing until I get to “in” and then “Ghost in the Mirror” is the ONLY autosuggest response despite me having 5 albums by The Ghost Inside, one of which is eponymous. And once I add the “s” it goes back to 0 results until I’ve typed “inside” completely.

I don’t understand how search can be this terrible and for it to have been like this for this long.

I think that the word “The” is simply ignored in band and album names (and perhaps for Track names, I haven’t tested, though).
You should have better chances to hit the right album by starting typing “Fragile” in the search box, imho.

I just tried “Fragile” and “Ghost” which surprisingly returned auto-suggest results. That must be new functionality because I frequently would attempt searching without the “The” included and would get no results in auto-suggest. So at least it’s better in that regard.

Funny. I type “The Fragile” into search, hit return, I get a screen that shows: 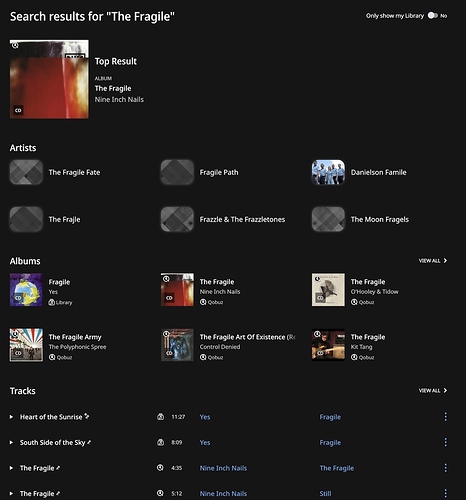 What is wrong here?

What is wrong here?

I guess I’m blind and can’t find Waldo. What do you see as the issue?

I typed “The Fragile” (without the quotes) and got this: 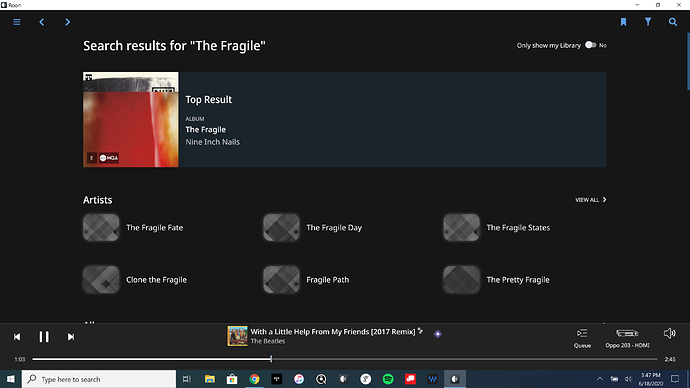 That’s all I got.

Side Bar controls in Windows. This is Tidal. It’s such a PITA to have to open and close the entire program just to skip to the next song. 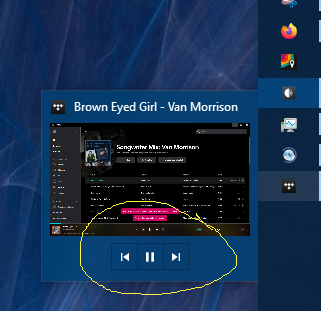 I already got some of my wishes fulfilled.

I wonder if anyone in authority even looks here

That’s what I’m keen to know! I understands that the team are not keen on releasing the “blueprint”, but it would be nice to know whether we are talking to the void or not!