I was listening to music without issue. At the end of a track I tried to choose another one at which point I noticed a lot of the artwok from the albums page had stopped showing. I tried to pick an album that was showing, the system seemed to hang and then I got a blank screen with " There has been an issue loading your library. Please restore a backup". This I tried to do and I got this: 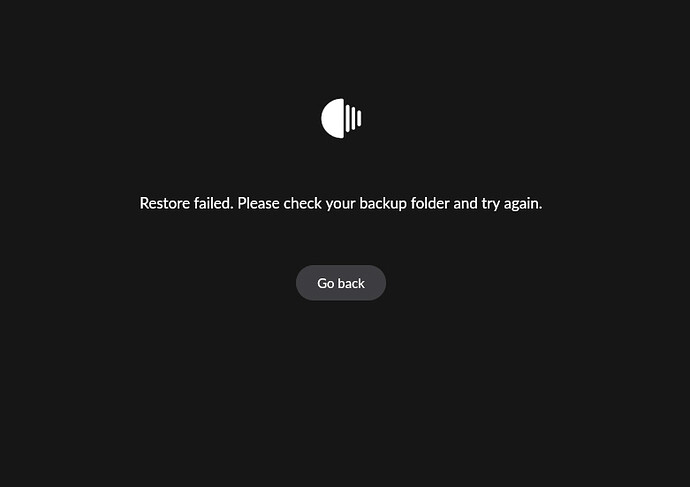 I tried several other backups and got the same message with all of them. I then decided to restart my core, after which I got a page that looked like the system was blank and was waiting to be set up from scratch: 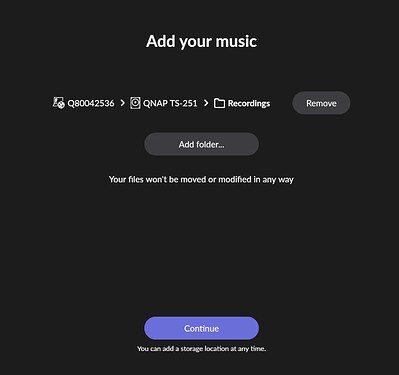 I picked up the folder where all my audio is and got this: 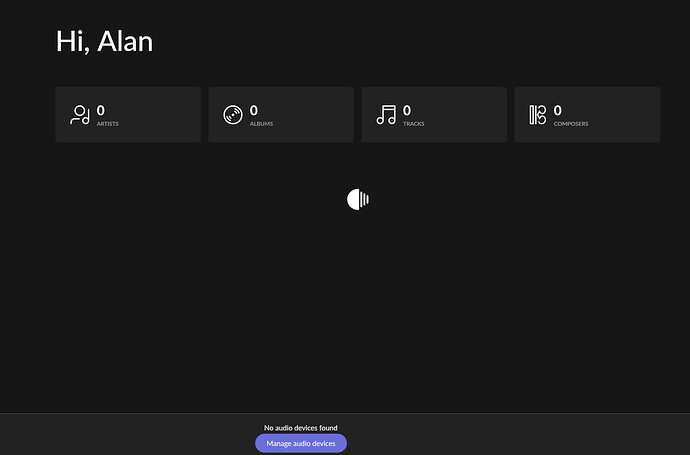 No albums, no audio devices, nothing. It appears to be hunting for the audio files but never gets off the ground. What has happened and what can I do about it?

It has just come back by itself, without warning. The blank screen that showed no albums or any audio devices vanished and up came the system as normal after appearing to be wiped for over twenty minutes. Is there an instability here? Is there anything I need to do to make sure this doesn’t happen again?

Is there anything I need to do to make sure this doesn’t happen again?

Is Roon installed on an SSD? What’s more, the processor in your Qnap is not really up to the job of Roon Core. The nature of the messages could indicate a hardware or system resources problem.

Roon’s installed on an SSD and it’s been running on this processor flawlessly for five years. The library hasn’t had an addition made to it in a couple of months and it runs quite fast enough for my requirements so I’m pretty certain it’s not a processor issue or i woukd have seen this issue long before now.

It’s so below roon recommended speed I wouldn’t be at all surprised if it has hiccups now and then. Roon updates the library with new metadata irrespective of whether you have added new albums as the suppliers update their data.
I had to go back to an ancient 4th generation i3 to even get a comparison to the celeron in that Nas. 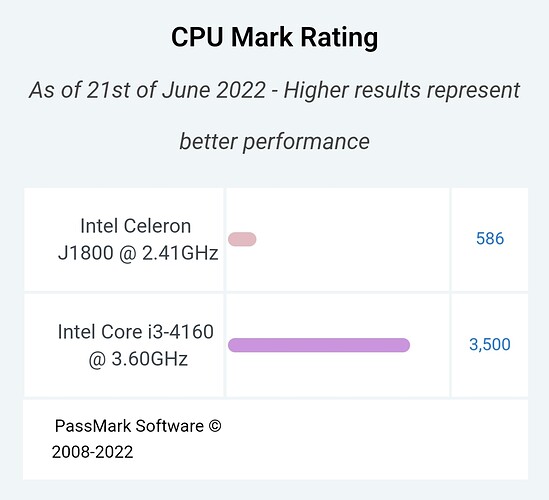