TP-Link AV1000 PoE ethernet system, not as evil as I thought!

The better half decided she needed a new larger Smart TV in the living room which we dutifully acquired.
All previous tv in same position ran quite happily on the wifi signal available.
Not this one!
Maybe I should have sent it back but she really liked the picture so what workaround?
It was not possible to add a dedicated hard line so something else.
I had read plenty about the PoE systems and was of the school of how the heck could that work right over a power line!
Well Amazon had them, next day delivery and being Amazon if it did not work, back it could go easypeasy.
It arrived and I did the tv end first, cable into the tv, into the unit and plugged it in.
Upstairs next, connected cable to router, into unit and plugged it in.
Literally as soon as I plugged it in, the green link light came on, I did not even have to pair them as the quick install guide suggested I would.
Back downstairs to the tv, turn it on and into network settings, change from wireless to wired and sure as sugar it was connected.
Ok that was easy but what about speed, read lots of bad things about that.
Upstairs I have 92mbps using the FAST speed test (only 100mbps service), took my laptop down and connected it to the the cable from the unit and ran same FAST speed test and got 44mbps.
I did not think that was terrible going over the power lines and is much more than fast enough to play any ultra HD 4K movie AND to run Roon.
Tested the movie out and perfect with no glitches and played Roon through my laptop with no issues either.

Obviously YMMV but I was convinced this type of connection was evil(lol), and now I need to remain a little more open minded and never say never until I actually prove never! 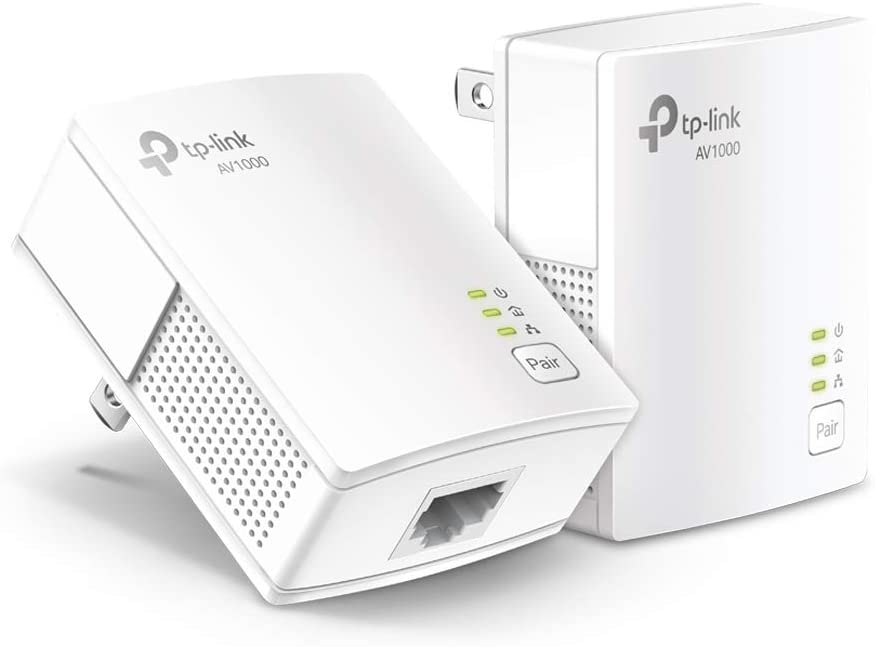 I have had those and now devolo Wi-fi and Ethernet over mains. I have often said that I have had no bother with any of them except the occasional reconnect. Never had stutters or losses.

One recommendation when having DSL internet feed is to run that line well away from these devices. Otherwise the feed’s speed can be degraded by disruptions.

Our hands are tied, thankfully

I use these in conjunction with a couple of AC1200 Wireless Dual Band WiFi Routers set up as access points. I’ve got some things connected via ethernet (TV, Sky Box, kids’ PC) and other devices connect via wifi.

I don’t need to use this set up for Roon as my core and endpoints are all connected directly to the main router.

Works well for me. Not perfect, but a very affordable solution. I’d love to set up a much more comprehensive network but that’s just not possible for various reasons.