Just talking about my system and my DAC, not generalizing. I ditched USB.

My DAC has an ethernet input (PS Audio DirectStream DAC with their network card).

I was about to get the Brooklyn though, as mentioned earlier. Sounds really impressive. From memory that comes with an optional Roon Ready network card too? Or was that only the Manhattan? 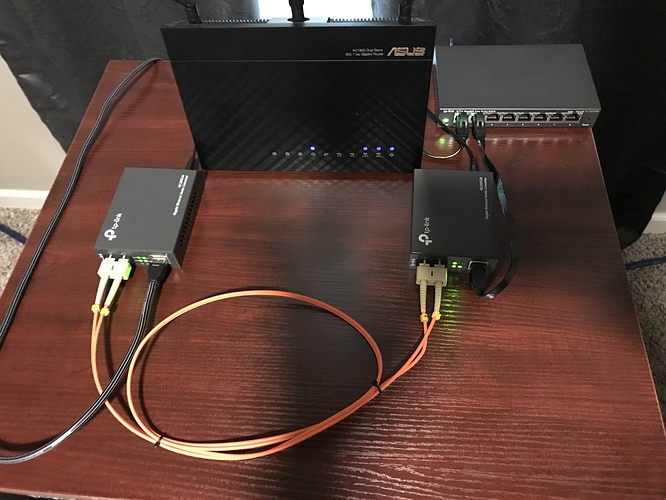 Got a wireless bridge to the router.

Manhatten, brooklyn has to have an endpoint.

It does of course open a market for audiophile fiber media converters or fiber connected Dave (Dacs, spell check

Ahhh yes I see, however, we aren’t saying the cabling after the converter isn’t a factor.

Eep i hope this doesn’t turn into one if those threads (again). I would replace the most upstream ethernet cable with as much fibre cable as possible and keep the DAC/streamer side ethernet cable to 6-inches if you can. In this case (6-inches length) it may (or not) make this most downstream ethernet cable much less significant - compared with the initial ethernet cable that the fibre is replacing… Blue Jeans Cable made me nice 6-inch Cat 6 Belden cable, tested and certified and cheap.

I’ll do it. However, in my mind anything after that second converter is “clean”. But I’m sure there are tons of factors I know nothing about

Fiber Phy’s and switches are so cheap now the only real reason not to use them is to support the Audiophile cable industry. But cables are the highest profit margin product in the industry. So this is why we will continue to see resistance.

However, in my mind anything after that second converter is “clean”.

I agree which is why I recommend nothing fancy there. The cheap, short, tested, certified BJC Cat 6 will do the job.

I use Uptone LPS-1’s with my FMC’s

Did you hear any improvement from stock PSU to LPS-1 for the FMC?

I sold 30 Superstream streamers with ST fiber inputs before deciding to discontinue the product. Out of those 30 clients, it was compared to almost every streamer on the market from $300 to $15000. 100% of them said they never heard a better sounding USB source. The ultra low noise fiber Transciever module section was a large contributing factor to the end result.

Yep which is the only reason I’m going the next step with ultra low noise linear regulators and better caps - trying anway.

Looking to squeeze that extra 1% performance - you know how it is.

Order one of these supplies:

And the LPS-1 will sound broken in comparison.

You’ll also save some money.

Mike. You are good s$&t man. These people sound like the same group who don’t believe a 130k electric car (tesla model S) can and does kick the crap out of a million dollar super car. Let them live in the past, the truth speaks for itself.

Yeah unfortunately many people have a hard time letting go of the past. They think we’re still living in the Industrial Age. In the Information Age only the teams 10 steps ahead have a chance. You can’t bank on consumer ignorance keeping you above water in the Information Age.

Fiber Phy’s and switches are so cheap now the only real reason not to use them is to support the Audiophile cable industry. But cables are the highest profit margin product in the industry. So this is why we will continue to see resistance.

The domestic fiber people weren’t counting on my cat. I spent a good 20 minutes a few months back troubleshooting connectivity issues before I discovered “jaws” handiwork. That was the point at which I was glad it was the fiber cable that he chewed and not a pricey “HiFi” cable.

Might need to step things up to some Corning ruggedized ZBL. Still dirt cheap compared to Audiophile cable:

Throw some of this over some ruggedized Clearcurve ZBL and tell all your friends it’s $200 per ft cable that will destroy anything. 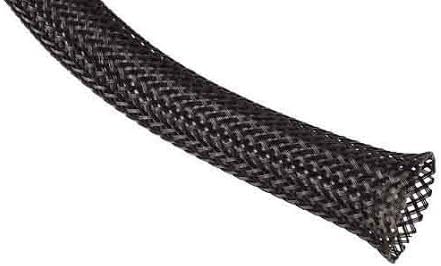 The Techflex Flexo PET Braided Cable Sleeve is a simple cable management solution that is both attractive and easy to use. The braided, expandable sleeving is an exceptionally durable, highly reliable ...

Only thing you’ll be lying about is the price

That cabling should be PCB traces inside the DAC

That department shouldn’t be the responsibility of the end user to handle.