This album “The Well Tempered Clavier Book 1” played by Céline Frisch is a 24 bit FLAC digital download that I purchased from Qobuz soon after it was released in 2015. It is also available for streaming from Qobuz. I have Sublime+ these days so can compare the download with the online Qobuz version: 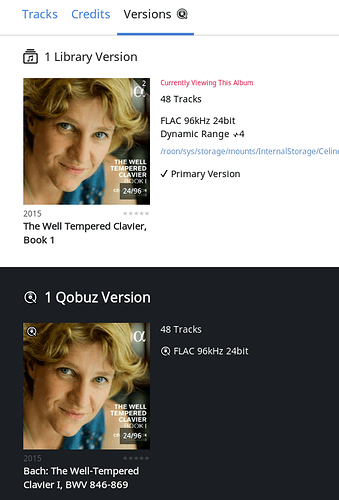 The problem is that the Tracks listing of my dowload contains several errors, for example:

I have tried everything I can think of to fix this, including downloading a new copy from Qobuz and deleting, cleaning the library and reimporting. Nothing helped.

The metadata is fine when you Identify the album: 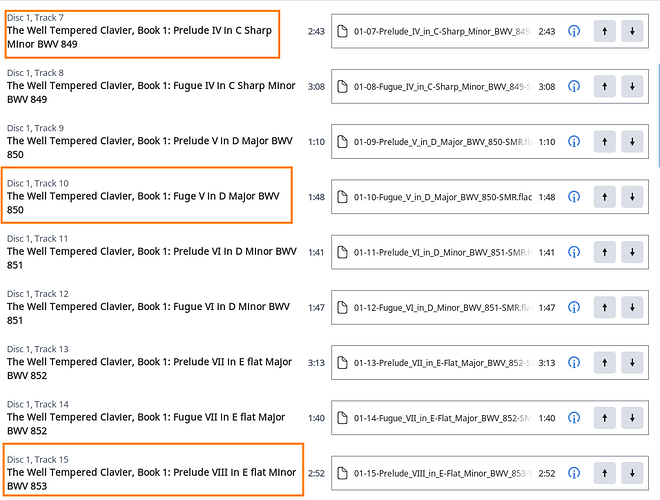 Although the name of track 7 is wrong in the Tracks listing (Fugue instead of Prelude), the track name is correct both in the now playing panel:

and in the Track Edit window, where you can see that Roon knows which track it is:

These track names match those in the metadata in the files,

I even checked All Music where tracks 7, 10 and 15 have the correct names: 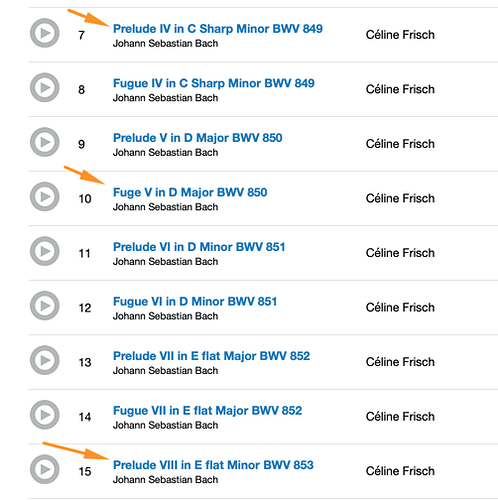 Why is the Tracks listing wrong?

And what can I do to fix it?

PS The Tracks listing of the Qobuz version is also correct, showing the same long track names contained in my download files that are displayed in the download now playing panel: 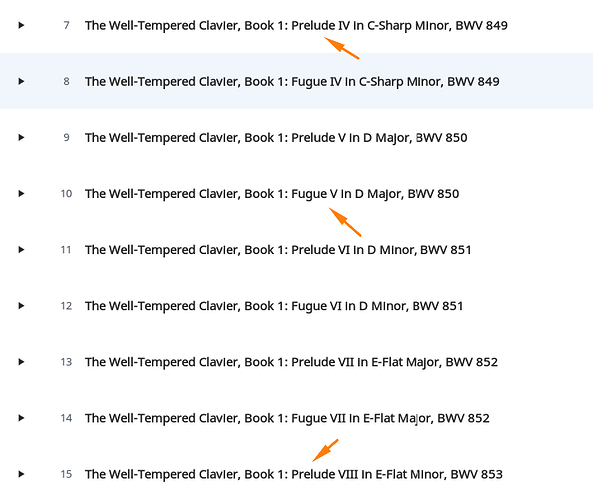 @support. Was this ever resolved?

I have just added this album to my local library from Qobuz (not downloaded). But my experience is different. The alternating prelude/fugue naming is preserved but:

2, There is no composition hierarchy. That is the 24 prelude/fugue pairs are not listed under a “Book 1” reference that can be linked to other performance instances of this composition.

What this means in practice is that 50 manual edits are required to fix this disc in roon. That is:

This is not an isolated example. I am finding upwards of 75% of Qobuz (Classical) albums I add to roon have almost no metadata and require very significant manual editing. In almost every case, when using Qobuz apps, I find that the basic metadata is there. It is just absent from roon. This is hardly surprising as Qobuz positions itself as a Classical streamer and wouldn’t get away with such obvious errors of omission.

Are there any plans to fix what looks like a systemic problem with Qobuz integration in upcoming releases?

Thank you @dylan. Much appreciated. david

I am not really sure I understand your comment. Are you able to elaborate? Several issues were raised in this thread:

I can see where requesting Qobuz to fix 1) and similar issues makes sense. But to fix 2) seems a much deeper problem. Similar issues to 2) have been reported in several threads. Is this not a more generic mapping/integration issue that roon as well as Qobuz will need to address?

Thank you again for looking at this so quickly and keeping me updated.

As I said, much appreciated.