I recently was playing around with one of my RopieeeXLs, and rebooted it a few times in a row, unplugged it, plugged it in somewhere else, and whoops, dead. No red or green lights on plug in, across multiple power supplies, all of which were happily powering other RPis.

Thought it could be the thermoelectric fuse, let it rest for a few days. Nothing doing. No lights, just dead. Is there anything I can do, or is it just ejunk? If Pi were $35 not $215 right now I’d accept the waste. But now I’m on https://rpilocator.com/ with auto refresh looking for a couple of units and trying to remember how to deal with RSS feeds so I can avoid enriching middlemen. And I have my Gungnir plugged directly into my MacBook Air’s dock, which has caused all sorts of bad issues with coreaudiod and audio crashes, so this problem is spreading into other unrelated annoyances.

What a hassle. Any suggestions? Anything I can do?

Did you re-image the microSD? I’d start there anyways… Possiblytry another card!

Not yet… but shouldn’t the pi lights come on, even if there is no MicroSD card installed? It’s not like it’s not booting properly, it’s like it’s not even getting power.

but shouldn’t the pi lights come on

Yeah, they should, damage to the power USB port sounds possible, might be fixable with a soldering iron. You’re no worse off if it doesn’t work.

Edit Am guessing this is a Pi3 or earlier with a micro USB B port. Those connectors just suck. Newer Pis with USB C should be more robust.

shouldn’t the pi lights come on

I have seen scenarios where the Pi appeared dead in the water, but actually only needing a reimaging of the microSD…

I’d try another card/reimaging first in any case…

I’d try another card/reimaging first in any case…

So, I’m happy to and will, but… shouldn’t the lights come on / there be some signal to hdmi even with no card inserted?

I thought I fried a Pi too until I reflashed the card. Don’t rely on lights or video output.

Ok, the green light is SD card activity, so if SD card is bad there can be no green light. But red is power, and if there’s no red light there’s no power reaching that light. I’m fairly sure I’ve fried that and I could try with a soldering iron but I’m unlikely to (mostly because I don’t own a soldering iron or a voltmeter with tiny enough probes).

Just flash the card and report back.

FWIW a quick test of a couple of Pis and both the 3 and 4 show a red light when I plug in power even if there’s no SD card in. I’d still give it a re-flash a go all the same.

I’d still give it a re-flash a go all the same.

Reflashed. No change in behavior. Refreshing rpilocator.com senselessly. When will this supply chain mayhem be over?

Try powering it via the GPIO header.

GPIO same on all Pis Inc 4

Use a well regulated 5volt power supply and don’t apply this to any other pins as they’re only good for 3.3volts. 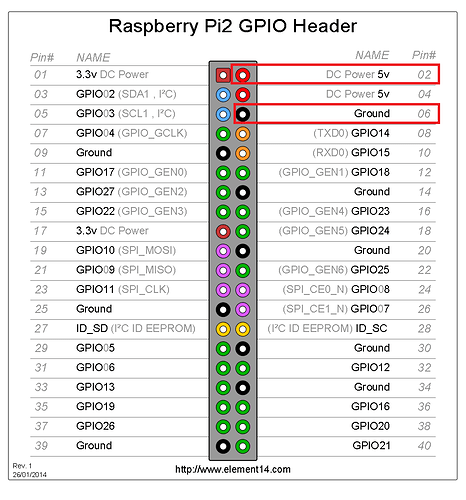 I had one of my 3b+ just die once , no idea why either as one day it was working next not. This was powered by gpio pins as it was in use with amp board which still works fine on the nee PI.

Well I’m not surprised! Pi’s are meant to be baked not fried.

Pi’s are meant to be baked not fried.

You don’t live in Perth, Scotland, do you?

No. Other side of the world in Western Australia.

@Nickpi Is it possible to reflash the eeprom if the Pi won’t get power? I mean I can try, but there are no signs of life with a newly flashed SD card.

Yes, without power this is pointless of course.