Use (One of) Album Picture if Artist Picture is not available

Would it be possible to show One of the Album Pictures if An Artist does not have default picture?

For example:
I have 5 Albums from Anglagard that have picture, and one of the Album, Hybris is even identified by roon. However the artist page does not have any pictures in it. Is it possible to have it auto populated from one of the Album?

This is the Artist Icon: 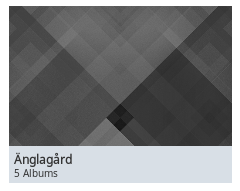 The 5 Albums I have:

The Album Hybris is Identified by roon.

I also tried adding a picture through the Artist’s edit page. Can we add “from album” as additional source besides drag/browse/paste url?

I think this would be a great idea.

So do I, I hate the “no artist image available”-images.

Genius idea, add me onto the I can’t wait for this feature list.

Sometimes the simplest ideas are the best. I have just so many blank areas where artist pictures should be, very un Roon like you could say. I love this idea, good stuff.

+1- Great idea. I have tons of bootlegs with no album art.

+1
Or to be able to add an image address…

If you are on a mac, you can go to the artists’ and go to edit, you can add the image 3 ways as the picture below. 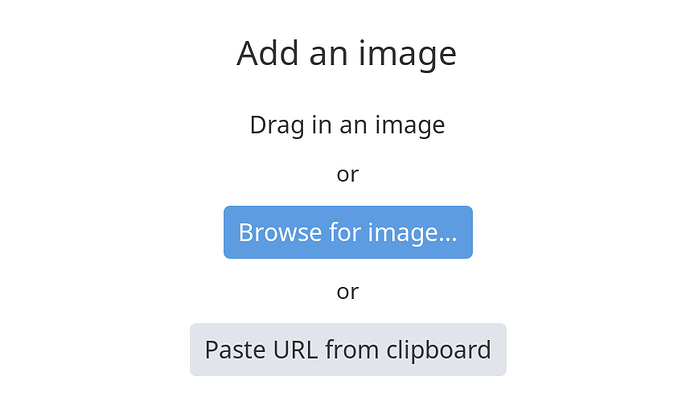 But for iOS devices, you can only paste from url.

If you only have a few of the artists with no picture this should be ok. But for me, unfortunately there are quite a number of them that don’t have pictures and this way is tedious.

I think you helped us by moving this thread to Feature Requests sub.
Is there anything we can do to have the roon guys comment on this?

This has also been a known problem for years in iTunes. Perhaps Roon could beat Apple to a solution - well, kind off

Is there anything we can do to have the Roon guys comment on this?

Hi,
Yes, I did move the topic to the Feature Requests as I know the Roon team do read them all … though they rarely comment as typically they don’t like to rule out suggestions but on the other hand unless a feature is actively being developed and release is imminent they also tend not to comment and they don’t wish to build up expectations.

I didn’t know if we need to do anything.

I agree, the proliferation of gray boxes is not ideal.

The real solution is to crowd-source that data so that we don’t display nearly as many gray boxes, since people will fill them in. This is in our roadmap.

There are some product issues with just dropping album art into that slot–in a few parts of the design, artists and albums have very similar treatment, and putting pictures of album covers could cause some confusion about exactly what you’re looking at/clicking on.

We will keep that idea in mind for future design iterations in case it makes sense in the future, but I’m hoping that crowd-sourcing the artist data works out to be a much more complete solution so it won’t be necessary.

By crowdsourcing, do you mean in the mean time we should send them to Joel on the Metadata sub?

No. We’ll build some sort of submission mechanism into the app.