Was is the meaning of the small tick

I am new to roon. Was is the meaning of the small tick I see on some album or before some piece.

I believe this indicates ‘popular’ or highly considered tracks from albums. Seems like these ‘picks’ match metadata from Rovi. You can check by comparing the display of an album in Roon with that of the same album on allmusic.com.
From All Music, is how they describe these picks:

‘ When looking at an artist’s discography, you may see a blue arrow with the AllMusic logo next to the album cover. That represents the Album Pick for the most representative album of that artist’s entire body of work. It may be a well-known hit album, a compilation of the artist’s best songs or just a really great record.

On specific album pages you may see that same blue logo and highlighting next to two or three tracks on a recording. Those are Track Picks, the songs on a recording that our editors feel are most representative of the entire album.’

Adding to @Astr0b0y’s reply, you can edit Albums Picks and Track Picks if you like. I find them useful when discovering new music; it’s a quick way to experience the best material from an artist or genre. 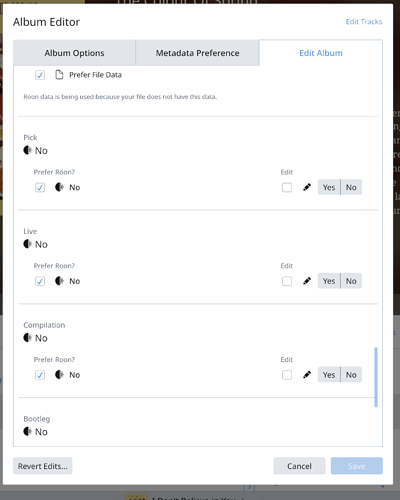 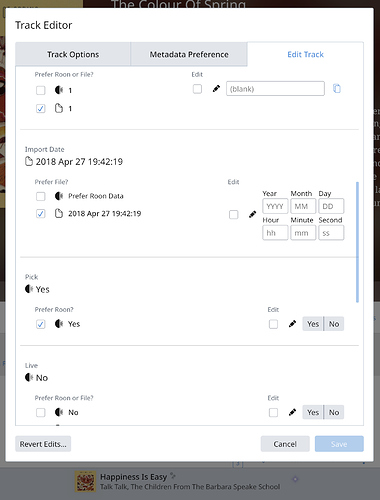