It will be interesting Roon supports WavPack because it helps to compress DSD audio (.DSF and .DFF) and also allows to play it back as native or DoP (on supported hardware). I have a large collection of DSD files and WavPack is a valuable tool that is free and open source with an average compression ratio up to 50%.

Roon is an excellent software. I know it supports the most widely used codecs, but a trend of using WavPack as a lossless container for DSD audio will be expected in the future.

Is there a possibility tthat Roon supports this DSD compression in the future? Other softwares like jriver now support dsd wavpack

a trend of using WavPack as a lossless container for DSD audio will be expected in the future.

Sounds great… when that trend arrives, we will consider it.

Fair enough. I’m enjoying Roon as it is, anyway.

the trend is here!

How do you figure? I searched google for wavpack dsd and limited results to last month only. No one talking about it, and the same support from foobar2000 as always.

I am talking about more people in the forum wanting this feature than it was a year ago or two, if it’s cheap to implement I think it should be done. I would like to play all my music through Roon, but Wavpack aside, I have seen requests for Roon to support compressed dsd in general.

Which forum? I was hoping Google would show me ANYONE talking about it in the last month – it didn’t

I’m ready to be shown otherwise. Show me the “trend”. I’m looking for:

There are a few more people here requesting compressed dsd and wavpack (below):

Perhaps the demand isn’t huge but I think a premium product like Roon should cover all audiophile formats. If Jriver can do it, so should Roon.

If it takes some time it’s fine but I think it should be implemented since I don’t believe it’s a huge effort/cost to implement? I am tired of having multiple systems.

Roon currently does not support ISO files, nor would there appear to be any plans to do so. Several ISO to DSF converters exist and roon does support DSF. However ISO files are normally compressed by DST so when uncompressed/converted to DSF there is a significant jump in file size. Although disc storage is very cheap these days there are many scenarios where the increased disc storage is a considerable inconvenience or just impractical. One example is storage on a work or travel laptop where t…

Danny, It seems the trend is arriving. Adding Wavpack support will help my DSD multichannel collection, not present in Roon at the moment (my stereo collection is about 6 TB). DSD audio is not niche anymore and my current DACs work its best decoding DSD. Resurrecting the thread. 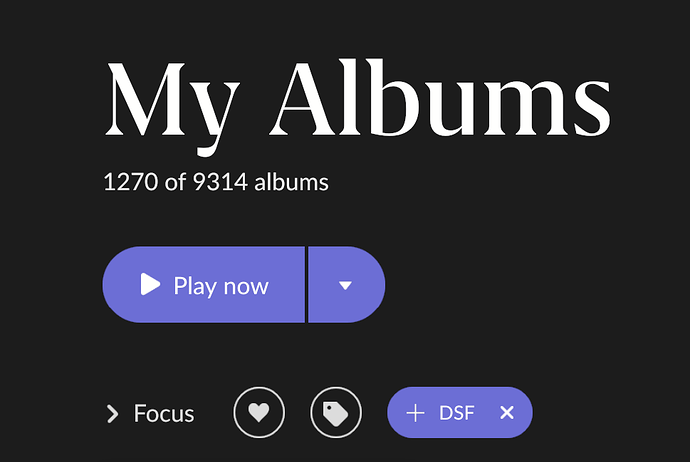 I ran the same search wavpack dsd in DuckDuckGo restricting results to last month only. Few results indeed - I think this kind of search is not fair, because we DSD lovers are not mainstream. I have audiophile friends who do not accept anything as source beyond a turntable but they doesn’t cringe at DSD. Interestingly, I had a hit for MQA. By the way, I am not endorsing Wavpack as some MQA advocates do and I don’t want to mention MQA anymore in this thread. Alas, this closed-source technology is supported by Roon from some time ago and I think this is okay. Wavpack is open source, completely lossless and a mature technology, I don’t understand how come it is not yet supported by Roon.