What is the NUC directory "Storage" intended for?

Recently, I added a NUC running ROCK. I followed Roon’s “Migrating To ROCK” instructions, and changed the network path to save backups to the “Storage” directory on the NUC.
The path is: \ROCK\Data\Storage. Testing shows that the backup manager wants to see a directory named “RoonBackups”.

I will try to keep this succinct. Anytime there’s a power outage OR if I cycle power, for any reason, the “\ROCK\Data\Storage\RoonBackups” directory and its contents are deleted. Adding insult to injury, the scheduled backup entry continues to show successful, even though the directory has been deleted and there are no backups.

NOTE: Yes, I have a second backup on my Synology. However, that’s not the point of this post.

Perhaps I’m misunderstanding the purpose of the \Storage directory. I feel better having two backups; I’d also feel better if the backups in this directory weren’t deleted anytime power is cycled.

I’m curious if Roon’s dev team is aware of this issue?

\ROCK\Data\Storage\RoonBackups is for music files, and not for backup. You should not point you backup to this folder.

\ROCK\Data\Storage\RoonBackups is for music files, and not for backup. You should not point you backup to this folder.

\\Rock\Data\Storage is the root folder for storage on the NUC. Data can be held on a 2.5" internal SSD/HDD, or on external USD drives.

But as you say, you should never include a Roon Backup folder within the paths of a Roon Watched Folder.

ROCK, by design, will remove anything else apart from the paths to InternalStorage and External Drives.

Thanks for the reply. While that’s contrary to Roon’s docs, I created a music directory, and put Al Green in there. I cycled power; now Al is gone (along with my “RoonBackups” directory). Is this the expected behavior? 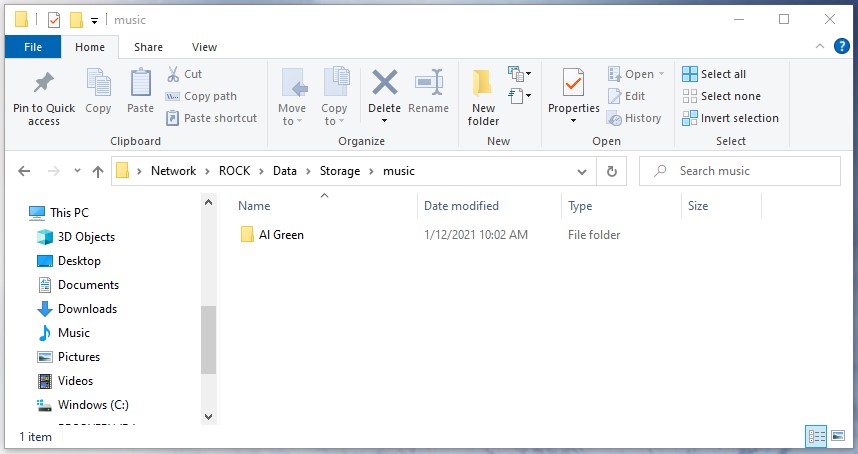 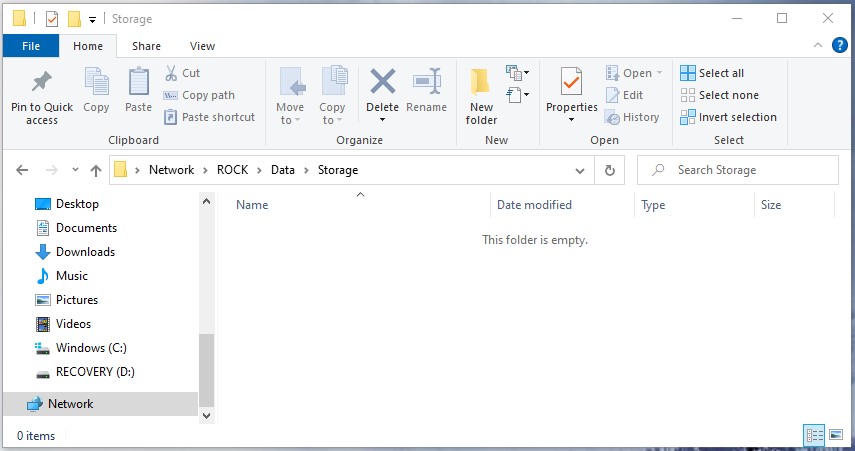 Even with a top level directory name (right below “\Storage”) that’s not “RoonBackups”, Roon will create a sub-folder “RoonBackups”. I’ve tested this a number of times.

Yes - it is expected behaviour.

So, the correct way to proceed is never to use the \Storage directory. Thanks for clarifying.

Understood - on a second drive, not on the OS/database drive. If it were up to me, I’d delete the directory, and update your docs. Thanks again.