What makes a great JAZZ PIANIST? Examples of outstanding artists and recordings

As the topic suggests, I’d like to invite everyone to share their views on what makes a great jazz pianist. It would be nice if you could give examples of both artists and recordings. I’d love to hear from you why you think these pianists and recordings stand out from the mass. Please feel free to talk about the “big names in the business” as well as about lesser-known musicians.

The first recommendation I’d like to make is Jacky Terrasson’s album “Mirror”, although I do realize that it’s probably too well-known to be called an “insider tip”. Anyway, this recording gives you the (rare) chance to enjoy Terrasson’s breathtaking pianistic skills and improvisational originality in a solo piano setting. Just check out his rendition of Ellington’s “Caravan” (track 1) - this is what I call musical creativity coupled with rhythmical precision and virtuosity. By the way, the sound quality of the recording is not too bad, either.

Hope you like it as much as I do… 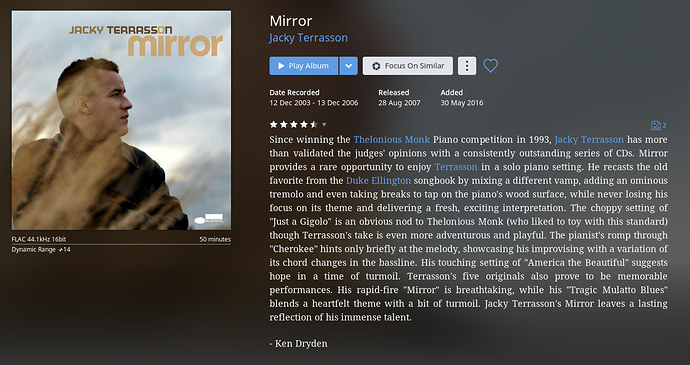 I really love this Bill Evans recording. Have you got the DSD 128 version?

I know what you mean. Are you happy with the sound of the Black Forest Session? I think it’s pretty impressive. I’ve got the DSD version, too. Do you happen to know the Terrasson album I wrote about?

Definitely will check out your recommendation.

Here it goes, all pianists I’ve heard live in the last few years: 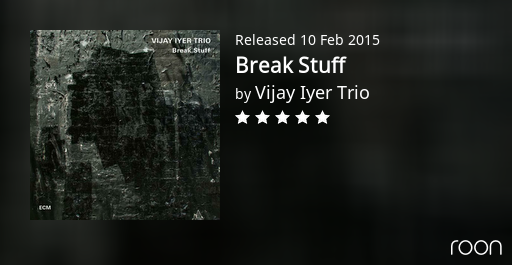 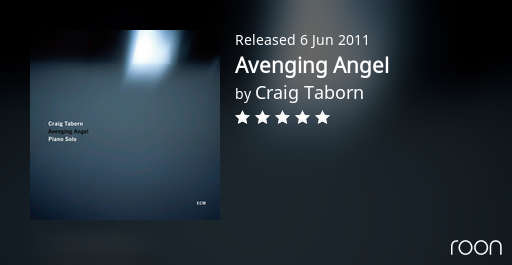 One with no fingers…

! But honestly, are you saying this because you don’t like jazz piano or jazz music in general? Can you explain why? What kind of music do you like?

Thanks for your listening tips. I know the albums “Break Stuff” and “Arborescence”, which I think are both great fun to listen to. I’ll definitely check out your other recommendations as well. Do you know the Jacky Terrasson album I wrote about?

Bill Charlap Trio, with Peter Washington on bass and Kenny Washington on drums (they are unrelated). IMHO, Charlap is one of the most technically sophisticated, 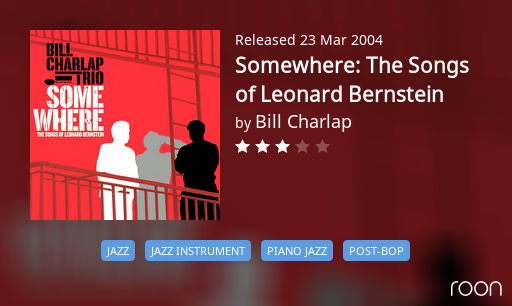 harmonically sensitive pianists on the scene today–in the mold of Bill Evans. The Bernstein album is superb, but, really any of his albums are worth listening to.

Absolutely! I also think Bill Charlap is a really, really fantastic musician. Some might say he’s too mainstream, too old school, but I couldn’t disagree more. Admittedly, his style isn’t wildly experimental. However, what he does on his instrument is always extremely tasteful and reflects his profound musical understanding. His feathery keyboard touch is just incredible…

I don’t yet know the album you recommended, so I will definitely check it out soon. Have you listened to his newest release yet? IMHO it’s a “must have” for Charlap fans. 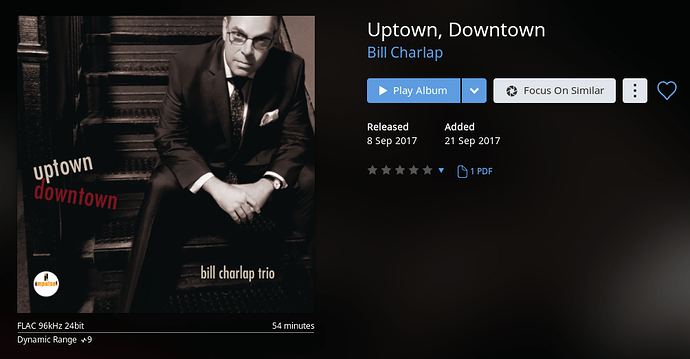 This is one of my favorite genres. Great thread!
I would recommend almost anything by Tsuyoshi Yamamoto on the Three Blind Mice label. 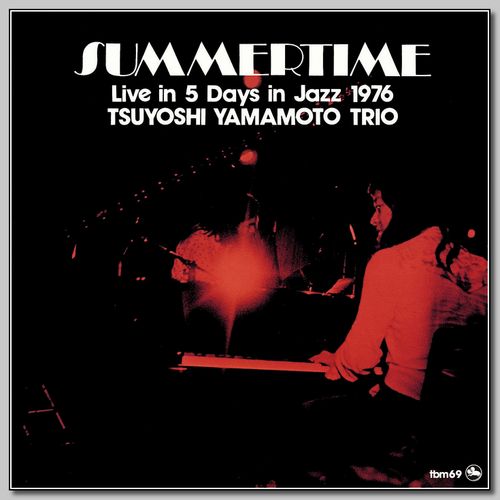 I’ve just tried to find the album on Tidal. It’s not available there, is it? But I found five or six others. I have to admit I hadn’t heard of Tsuyoshi Yamamoto before, but you’ve made me curious. That’s why I’ve just started listening to his “Night at Body and Soul” (from 2015). Sounds great. Do you know this album? If you do, would you say it’s typical of his style?

I do not have that album but I would not be surprised if it were similar to his other albums.
Here are some more …

Yes, I agree with you. Experimental vs. mainstream does not mean much to me if a musician is a master of his instrument and does something wonderful with it. Charlap certainly qualifies in this respect. I’ve seen him live several times, and his playing conveys a deep love of–and respect for–the standards, and his spoken introductions to the pieces show him to be a real scholar of the field. I have the hi-res download of “uptown-downtown” but have not yet had the chance to listen carefully to it. Of his other albums, I’m very fond of: 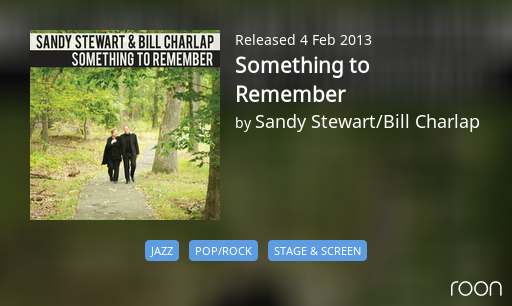 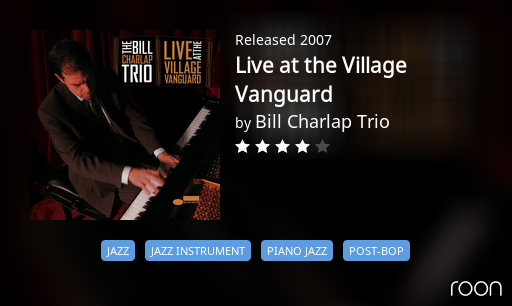 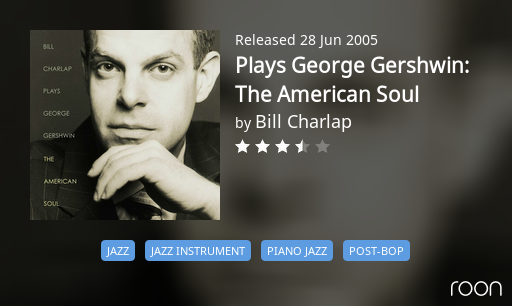 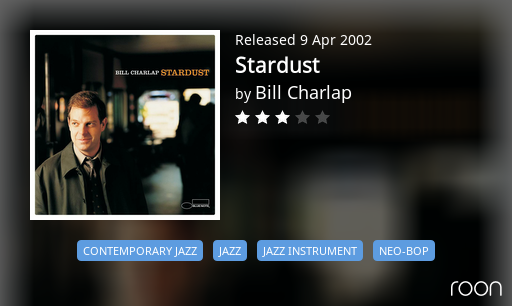 Sandy Stewart is s vocalist and Charlap’s mother–she doesn’t have the voice she once did, but this album is simply wonderful, and Charlap’s accompaniments are worthy of comparison to Bill Evans’ on his iconic collaborations with Tony Bennett in the mid-1970s. The Village Vanguard album is terrific…he really shows his chops and it is beautifully recorded (I saw him live at the Vanguard a couple of years ago; he does a couple weeks’ residency there every autumn).

And another favorite here.

A very nice thread.
This is a great example of the octogenarian at his most brilliant, check out Arabesque, And the recordings pretty good.