What's the point of the library and primary versions?

Anytime I search for something and hit play, or let roon radio take over it does not respect my choice of primary version even if the album has been added to my library. So what’s the point? Why bother? Since roon hasn’t given us a simple option to prioritize which streaming service to use (I prefer Qobuz), I figured that adding the Qobuz versions of albums I like to my library and setting them as primary would help fill this glaring hole. It doesn’t. Attached is an example, listening to roon radio and one of my library albums comes on, and roon chooses the Tidal version. Why is this so difficult guys?

The code to fix this should literally take 5 minutes. If (track to be played is in the library) then (play library version) else (play the highest quality file available). 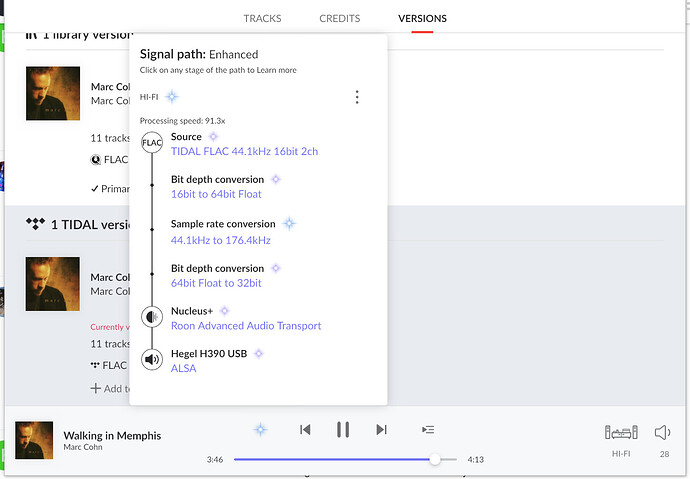 My theory as to why it does this as the version played is based on the most popular version in Valence it has nothing to do with what’s in your library and for a lot of cases that will likely be the Tidal version as it has way more subscribers in the Roon community which is helped to seed the choices. If you just had Qobuz then it would attempt to match it to the Qobuz version but as you have both it doesn’t need to. If what it chooses to play in Radio is not an exact match to that version then it will miss it entirely it won’t match it to another release of the same track. From my experience of having both services then dropping Tidal this is how it feels to be working. I may be very wrong though as it’s a black box that they don’t tend to explain enough. I have had radio play my local tracks in radio likely when all the matching criteria is identical. Remember just because the track is in both services does not mean it’s exactly the one it’s chosen or the one you have in your library as often a release has multiple versions.

I agree though it feels flawed but then it’s just Radio if I choose to play an album myself it will play your preferred one. Radio is for discovery not to play from your collection really. The same thing will happen in streaming native apps they don’t always choose the version of songs you might have favourited in its random playlists or radio functions.