When to restart Roon software and Reboot system

From time to time Roon becomes slow and sluggish. I either restart the Roon software of reboot my Nucleus +. Can somebody please explain the differences between the two and which is recommended.

Problems can have several causes / sources:

However, both are temporary solutions and do not remove the cause of the problems, but only temporarily eliminate the effect of the cause. If everything works normally, then there should be no problems at all.

I had an issue last night where Roon mis behaved, I had a look at my QNAP core and the CPU was in overdrive for some unknown to me reason. The CPU rarely goes over 5% with the i3 processor and Ram use only slowly creeps up.
CPU us was over 60% and could have been more, Ram use went up massively too. Finally I decided to stop and restart the Roon app and everything slowly settled down.

All normal now and I have no idea why. 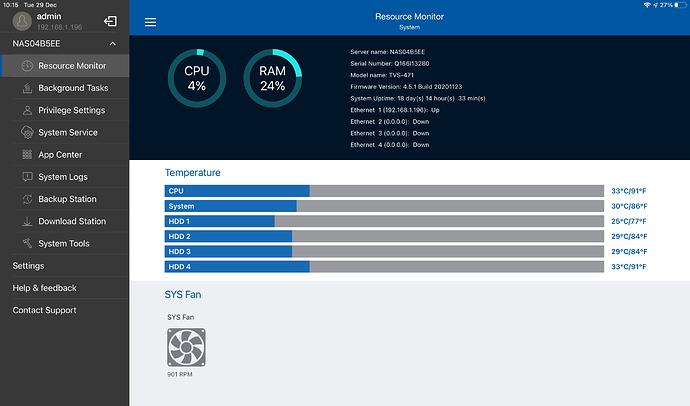 First port of call with an issue for me is, Re Boot the Roon core.

I’ve had a similar issue reported to Roon support on two different support ticket, for which they never came up with any solution…Kind of dropped the ball with Roon support and reboot my PC, to get rid of the problem which occurs a few times/ week.

If you stop the software (RoonServer), RoonOS still runs. One might stop RoonServer while keeping RoonOS going if you are going to move large amounts of music to the Nucleus.
At least for me, stopping/restarting Roonserver fixes most of the sort of niggling stuff that can come up.
Honestly, I restart my NUC maybe once a month just because it seems like a good idea, but there is no sound reason behind it.