Where does Hi Res audio originate?

I purchased a few albums from HDtracks. Quite underwhelming experience no better quality than a regular cd imo.

Agreed. I think for the recording/mixing/mastering process 24-bit is essential. For playback, I’ve not been able to hear any meaningful musical content that wasn’t also there in 16/44.1

FWIW, I have several dual layer SACDs from Mofi, Acoustic Sounds, etc and have been able to sync up and quickly A/B between the SACD layer while playing the actual disc, and playing the ripped CD layer from Roon, and haven’t been able to hear any difference on Sennheiser HD 800S headphones driven by several different high powered headphone amps. (McIntosh MA8900, Topping A30Pro, Sennheiser HDV 820 - balanced and unbalanced outputs)

My attitude is: If I can’t hear it in those conditions, I’m not going to hear it.

Others may see (hear) the world differently, but it’s not something I concern myself with any longer.

Not sure what bitrate they used back in the 80s when the digitizing started, but the ADCs were mos def not as good.

I still would be interested in doing an A/B test of a HR and Red Book release of a quality recording.

If you want to compare apples to apples, the best way is to take the HD track, down-sample to Red Book, up-sample back to original resolution and compare the processed track to the original. This way, the only difference is going to be the resolution. You won’t need to worry about provenance or loudness matching or anything else.

You won’t know until you purchase an album from HDtracks that you have the CD ripped in your local library and do your own proper A/B test. It won’t cost you much money and will be an educational experience, win/win.

If there is interest I could investigate making 44.1/16 and 96/24 versions of a track I’ve recorded and make them available here.

It’s sometimes hard to know if you’re listening to the same master.

IMHO the re-master makes far more difference than the change in bitrate/resolution.

FWIW I didn’t have a copy of Back to Black, and I felt I should - so I bought the HDtracks version a while back.

Was pretty shocked by the distorted sound!

I don’t have the standard version - but I imagine that the distortion is the same!

I suspect it’s baked into the mix, so a remaster isn’t going to fix it. It would be interesting to see what original lp pressings were like - but I don’t have one!

If it was tracked that way, we’re out of luck. Unless someone re-records everything except the vocals…

My 1984 cd of Dark Side of the Moon (Pink Floyd) sounds better than the dsd.
The cd was taken from a 10 year old master in Japan. Although you can hear the tape hiss and the tracks are not exactly separated well, there is much more treble and dynamics than on the dsd that was probably taken from a detoriated master.

Upsampling essentially does nothing.

This statement is not true. Tell that to the developer of hqplayer and I’m sure you’ll get a different answer.

I’d be curious to see a 96/24 track, to look at the ultrasonic content. It would also be interesting to see the 44/16 version, to see what kind of noise shaping you’re using.

I have the remastered SACD 5.1 version of Dark Side of the Moon, supposedly from the original analog master tapes by Pink Floyd Producer/Engineer James Guthrie .

Excellent sound, with no background noise. The instrumentation moves around the room from speaker to speaker in our surround sound setup. Don’t get that from the 2 channel version streaming from Roon.

I need to rip it and see if the 5.1 DSD sounds the same when played with Roon.

I don’t think I can upload (for free) something that came from my mastering engineer.

So I’ll likely need something where I’ve mastered it through FabFilter Pro L2. So the noise shaping won’t be exciting (not sure what my mastering engineer does in Pyramix). 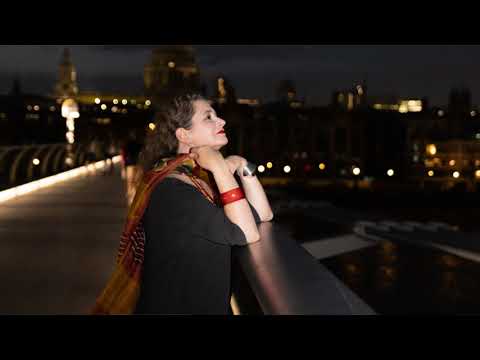 A lot of the “high res” at various places are basically snake oil. THat’s what I’ve found.

I don’t buy stuff from HDtracks, ProStudioMasters etc. I buy only if I know the provenance. There are various places that will tell you exactly what they’ve (re)mastered–Blue Coast Music, Octave Records, Just Listen, Native DSD, Out-there, AP or MoFi for SACDs etc etc.

I buy plenty of albums–mainly in DSD256. And for all of them I know exactly what format they were recorded, what mixing software and down/upsampling they did and what conversion process they used to get to the final product.

That’s the only way to know what you’re getting.

So I mainly rely on my local library. I take high-res-ness on Qobuz/… with a pinch of salt.

A lot of the “high res” at various places are basically snake oil.

I don’t want to hurt anyone’s feelings, but all high res is snake oil. Or, to be more exact, charging for it is. If people want to store ultrasonic “content” in their libraries, that’s fine with me, but nobody should pay more for the resolution alone. There’s nothing lost when Red Book is mastered properly.

Your opinion is fine; I just don’t happen to agree with it.

Your opinion on this isn’t what is relevant to the OP. He asked “where does hi-res originate” which is a specific question about the resolution; and that’s what my comment was about. Whether or not Redbook is good enough etc etc is not material to the OP.

‘it’s a snakeoil world’ Zelensky said. Digital is not different. It’s in the ear of the believer. CBDC is the next.