Which 1TB WD hard disk is best for ROCK

I’m planning on buying a 1TB SATA-600 WD harddisk for storage in an Intel NUC7i7BNH running ROCK. There are three variants:

I’m leaning towards the WD Black for the drive cache and the rotational speed.
Or should I go for the WD Blue for lowest power consumption?
Or the WD Red which as the NUC will be always on?

An equivalent SSD is too expensive at about € 250.

Which HDD do you use?

I chose not to use an internal disk, I use an external usb drive, is there a reason you want an internal drive?

Convenience and aesthetics as long as it is sitting on my desk.
I map the drive as a network share on my PC so it’s easy to copy music files.

I use the WD Red Drives for most storage, and I’ve had very good luck with them in terms of reliability. They’re also supposed to be the quietest of the WD drives, which can be an important consideration.

IMO, there’s nothing to be gained by using a 7,200-rpm drive for music storage/playback.

And +1 for using external drives for music storage. They’re just easier to deal with, especially when you inevitably need to move to larger drives.

I’m using WD Red’s as well in my NAS.
My collection is not so big.
I have not yet ripped all my CD’s, and most rips are MP3. Currently about 50 GB.
I’m using Tidal most of the time and I’m not motivated to rip all my CD’s into FLAC.

I’m not motivated to rip all my CD’s into FLAC.

As they say over at Nike, just do it!

I would use the blue. Performance is not an issue here. I have been using one of these for a couple of years without problem.

I’m a fan of the slower speed drives. They seem to last longer and don’t heat up quite as much. I like HGST drives for dependability.

@seagull I actually went for the Seagate BarraCuda 2 TB 2.5 inch Internal Hard Drive (7 mm Form Factor, 128 MB Cache SATA 6 GB/s up to 140 MB/s) and have had no issues - there is also a 1TB version available. Link to Amazon UK for more info: https://www.amazon.co.uk/gp/product/B01LXRWWB6/ref=od_aui_detailpages00?ie=UTF8&psc=1 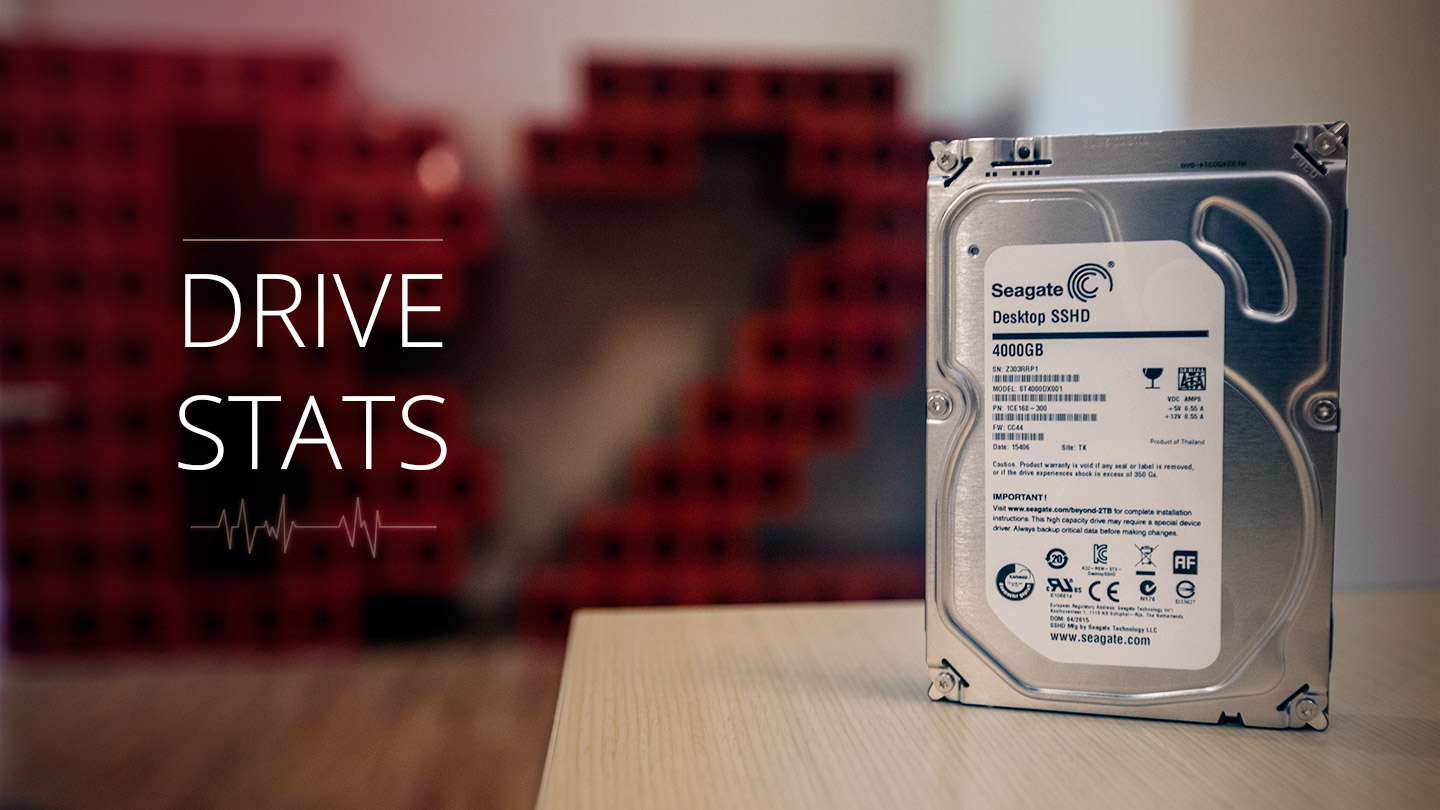 What We've Learned from Running 61,590 Hard Drives in Our Data Center

61,590 hard drives were used in our data center during Q1, 2016. We take a deep dive into the usage to see what we can learn about their performance.

I’m not a Seagate fan. Lots of failures.

I pulled the trigger on the WD Red. Purchased one, received a box with two disks. 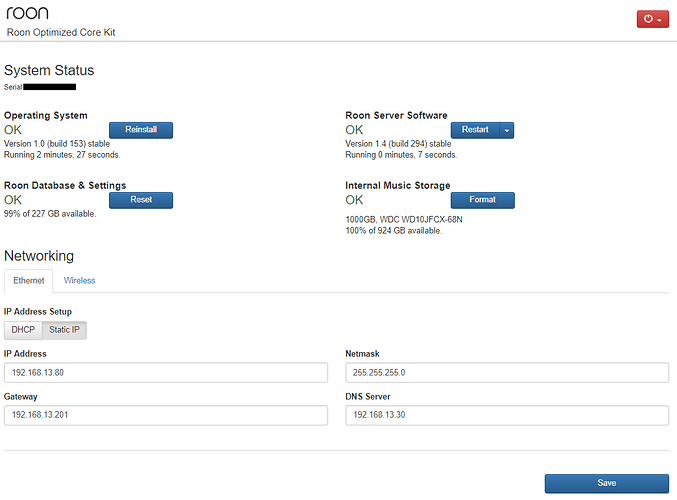 Not wishing to tempt fate, but my Seagate has been running 24/7 since June 2017 and so far so good

. From the article you highlight it is also fair to point out that the Seagate is also putting in a lot of hours and that in the conclusion it is stated that “We would be happy to buy more drives from Toshiba and WDC, if we could, until then we’ll continue to buy our drives from Seagate and HGST.” - so can not be all bad then

Hope your drive works well. Always wise to backup regardless of whatever brand since they all can fail. Had some bad personal experience with Seagate (bad sectors/ and outright failure) but they do have a lot of drives in service. I prefer the slower speed RPM drives since heat kills. Most of my drives (probably have around 10 at the moment) are WD and HGST. Larger desktop external HDDs and My Cloud NAS are WD, smaller external laptop drives are split between HGST and WD. Trying out a couple of SSDs as well.

I have back-ups on two locations + the original files that were copied to the ROCK Internal Music Storage.

Finally it seems I have about 165 GB of music files. Most are MP3, some are FLAC, e.g. the (almost) complete Frank Zappa collection: 78 studio albums, 44 live albums, 3 compilation albums, 37 posthumous albums, or a total of 162 albums. 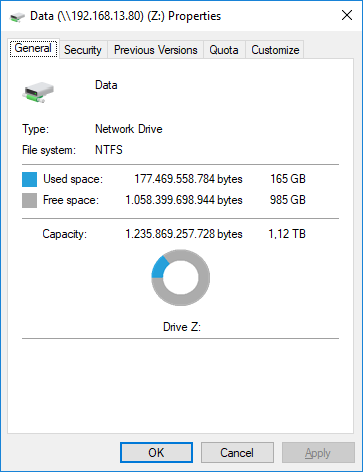 Hi Robert, yes you are very right about backing up. I regularly back up to two separate external drives - a WD Elements, and a Samsung - and also to my Data drive on my working PC. I backup every time I rip a new CD, or download a new Album - not too much of a hardship, because it is just a case of “drag & drop”. I haven’t yet subscribed to a streaming service.

The Tidal service used within Roon is quite handy, especially to fill in your collection or try out new stuff you see in the What on you listening to thread.

HI there, I’m still very new to all this and have just order an i5 Intel NUC which I intend to run ROCK on and was thinking about adding a second SSD drive in there (Samsung EVO 1TB) to cut down the box count, however it doesn’t seem clear how to add music or run scheduled back ups of the second drive. Maybe all will become clear when I have it up and running but Roon / ROCK only seems to support backing up its library - which will I realise will be on the NVME drive.

Can someone put my mind at rest and tell me its easy enough to add music and back up to an external USB drive (for off site storage) and my home NAS (which is only a single drive hence wanting to have 2 full home based media copies.

Check out the Nucleus manual page for adding internal music storage; it’s exactly the same for a NUC running ROCK.

The backup function in Roon is purely for the Roon database, NOT for your music files. So you need to manually back those up yourself. Many of us use a sync program to copy the music content across to the backup drives. I use Allway Sync, but many other alternatives are available.

Hi there @Simon_Mirren it is as easy as @Geoff_Coupe has pointed out. I didn’t use an SSD drive but a Seagate BarraCuda 2 TB 2.5 inch Internal Hard Drive (7 mm Form Factor, 128 MB Cache SATA 6 GB/s up to 140 MB/s) which has so far given perfect service. I back up to an external WD and a Samsung drive. The attached is also a helpful Guide: https://kb.roonlabs.com/ROCK:_Importing_Music