Who is 'Car Dillon' - incorrect metadata

Looking at the artist Cara Dillon, I see 7 albums ‘shared’ with Car Dillon 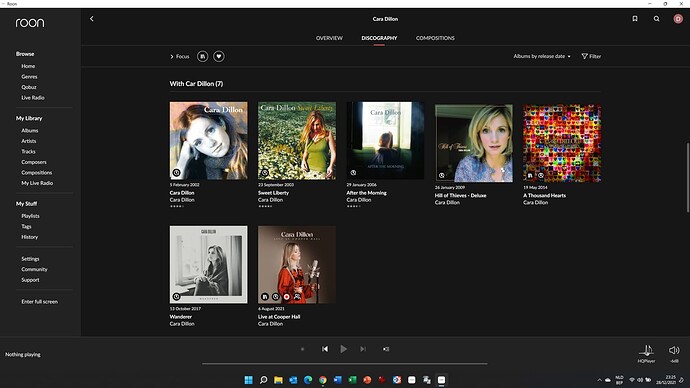 Looking into more detail on one of these 7 albums, e.g. 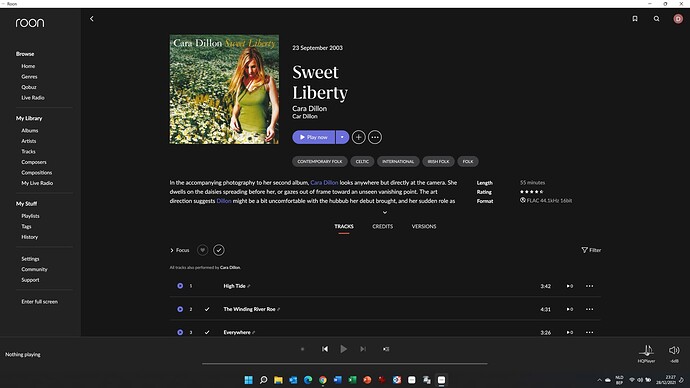 Roon’s metadata tells me that Car Dillon is the album artist. 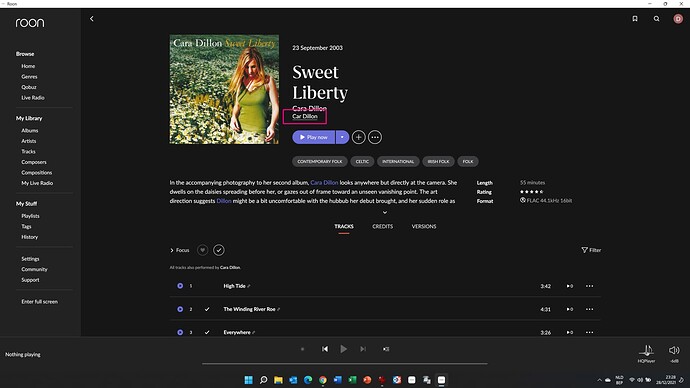 Looking at the Credits, I get different Credits for ‘Cara Dillon’ and for ‘Car Dillon’ 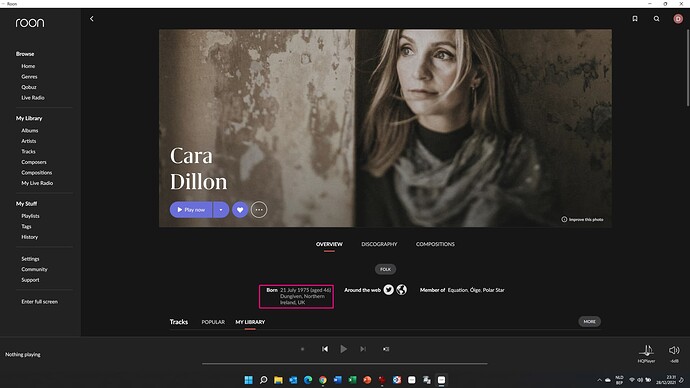 When I click on ‘Car Dillon’ , I see that that she is born at the same day and in the same city 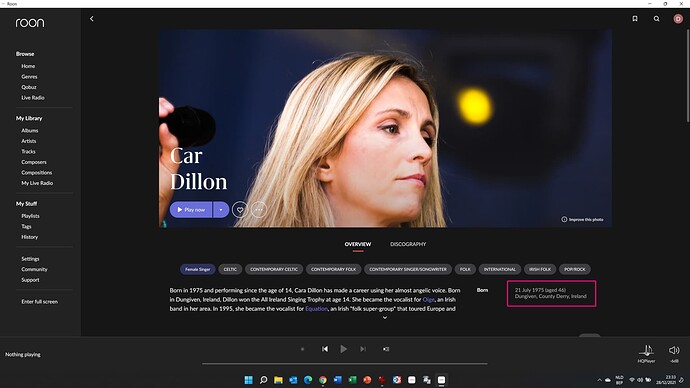 I am not aware that Cara Dillon has a twin sister Car Dillon, and except for Roon, nobody else is aware.

I cannot find any data (let alone metadata) about Car Dillon, not via google, wikipedia, …
And certainly not in Qobuz where all albums shown at the top are connected to Cara Dillon.

The problem is coming from ( a typo ?) in Allmusic.com
# Car Dillon

Born in 1975 and performing since the age of 14, Cara Dillon has made a career using her almost angelic voice. Born in Dungiven, Ireland, Dillon won the All Ireland Singing Trophy at age 14. She became the vocalist for Oige, an Irish band in her area. In 1995, she became the vocalist for Equation, an Irish “folk super-group” that toured Europe and the Middle East. In July 2001, Dillon released her debut solo self-titled album on Rough Trade Records. She has worked with several musicians ranging from Phil Coulter to Mike Oldfield. She has also received critical acclaim in British music magazines and in 2001 received two BBC Radio 2 Folk Awards, one for Best Newcomer (Horizon Award) and the other for Best Traditional Track. Dillon returned in 2003 with her sophomore effort, Sweet Liberty, which met with further acclaim. The record was …

I do not find a proper way in Roon to get rid of the non-existing Car Dillon, and to manually correct for Cara Dillon.

Can somebody please help toget this messs solved.

I think this is a recent change as it was ok before.

You can probably get round it by merging the 2 artists and then choosing to show her as Cara Dillon, that seems ok for me.

I had this issue also, I added an Additional Primary Artist field 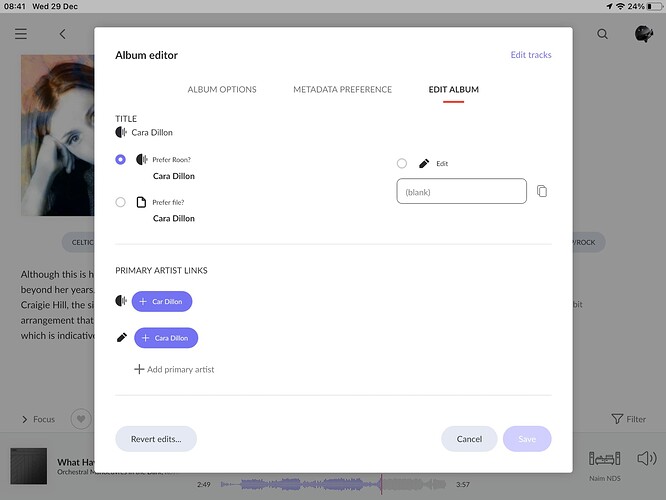 This is an odd error. I’ve let TiVo know.

That is exact what I was looking for

TiVo has corrected this and the change is now live on our servers. It could take up to a week to be pulled into your libraries, though I appreciate that you may have edited.