Who thinks the Nucleus is an easy thing to setup and use?

Since my mancave isn’t fixed up for Roon except having a retired Desktop down there. I downloaded Roon to the laptop I use everyday. I’d like to make my core the Desktop. Do I have to do something to my laptop core files or use Roonbridge to help split them up?

Don’t you have a Nucleus or have I missed something in this thread?

To answer your original question from 1 month ago -

[image] So it begins! Well…45 minutes later… That was easy! [image]

The Nucleus is dead simple. It took me ten minutes to pull apart and add the SSD. It took me thirty minutes to find where I put all my Ethernet cables. And five minutes to plug it in, go to the login, remember it actually has a power switch in the back, turn it on, refresh the site, and start listening to music via tidal while I started merging music files onto the SSD.

It IS pricier than NUCs. It’s value though is clear.

Some people install a HDD or SSD inside the Nucleus to house their music files. That’s what I did although I have almost no music files of my own. If you do it this way, during installation of your Nucleus, you take certain steps to copy your music files from wherever they are to the HDD or SSD you just installed in the Nucleus.

At this point, I’m not sure where you have your music files stored. I’m not talking about the original files that might have been on your laptop or desktop, but where you put them for Roon to use for playing your music. Wherever that is, in the Roon settings, you have to tell Roon where those files are. That is: Settings - Storage

Not necessarily left on 24/7 only when you need music to be served. Some may argue an odd reboot does no harm.

To explain I live in Johannesburg , the lightening capital of the world, we get a “good” storm most summer afternoons .

My Roon Core is powered down during thunderstorms and every night during summer. Some years back I lost my AV Amp, Streamer, video streamer , switch etc when my neighbours palm tree took a direct hit . The power was unplugged but the ADSL wasn’t it traveled down the copper lines and fried my entire network !! We are cable now but even so mains surges happen frequently.

Not necessarily left on 24/7

True. I’m a ham and it is unwise to leave antennas plugged in during a lightning storm.

I think Roon recommends leaving the server on 24/7 hence my suggestion. Could be wrong though. Also I know people who have been quite surprised to hear it at least needs to be on whilst trying to use Roon Remote etc

Of course it’s easy if everything is all together like you have. I am on disability and can’t easily move and attach the router to a Verizon Fios line. I am also in the high risk category for Corona and I don’t know if I could get a Verizon guy in my house and my wife may not even let one in.

I know that the hook-ups to Nucleus are easy. I have a video surround processor that way more plugs than my Nucleus. As soon as I can get my router next to my audio system, then I can start to hook them up together. I have a multiple amp system so I know how easy a hook up the Nucleus is. 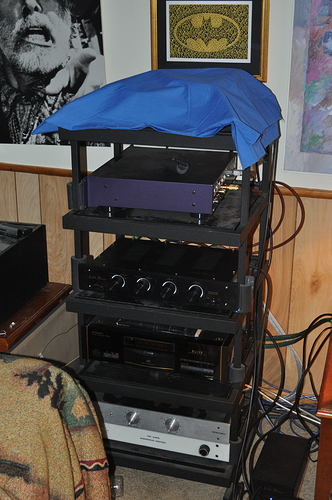 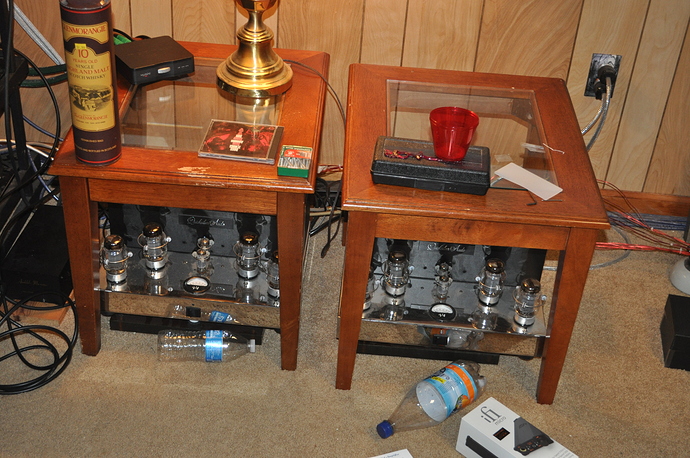 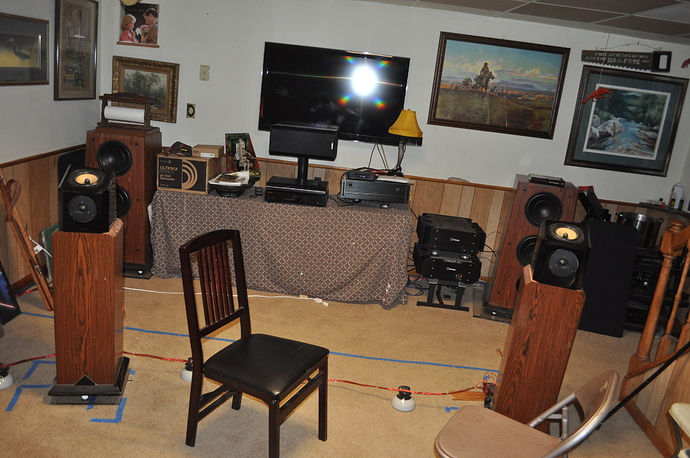 Don’t know what you mean here. I think you’re confusing me with someone else.

Of course it’s easy if everything is all together like you have.

My question is really about this -

Don’t you have a Nucleus or have I missed something in this thread?

I am also in the high risk category for Corona

If your not referring to the beer, but rather COVID-19, then you’re in good company.
Many on this forum are high risk. I’ll be 70 next time around the sun.

I guess I’m confused. If you are simply playing your LP’s and CD’s through your sound system, why fool with Roon and why the Nucleus?

For Roon to make sense and be useful, I think you need to be playing music from your library of digital files and/or streaming from Tidal or Qobuz.

That said, if you already have a subscription to Roon and a Nucleus, you should get started ripping your CD’s to digital files using your Nucleus with a CD drive plugged into the USB port. Then, you can store your CD’s and enjoy playing them using Roon.

I guess I should add, if you decide to start ripping CD’s with your Nucleus, you should order a good sized SSD from Amazon and install it in your Nucleus for storage of your music files.

As I said before I’m fooling around with Nucleus because I won it in a Audio store raffle. I thought that this would be a good time to try to get into the 21st century with streaming. I wasn’t going to give something I got for free away.

Do you have a USB DVD drive? If not, you can get one from Amazon for not much money. You might want to try ripping some of your CD’s.

I have USB drives. I also have a Fiio X3 2nd gen player. Could I connect it to my Nucleus with a USB cord?

I don’t know. I’m talking connecting a CD player so you can burn your CD’s to music files on your Nucleus.

I also have an Apple CD/DVD Superdrive. But I am hesitant to use that because some poster said he had a problem doing that. It works connected to my laptop.

The Apple Superdrive has been supported for use with the Nucleus since November last year:

I’d gone to my local dealer (Audio Vision SF) to get a demo, played with Roon for about half an hour and bought the Nucleus basically on faith. Purchased a lifetime license, installed it, very easily (then again I have been administering UNIX systems for over 30 years so my definition of easy is probably not the mainstream one), migrated my collection from iTunes using rsync over SMB.

The biggest challenge was (and still is) metadata, as I essentially have to revert all the work I did in iTunes to split albums into compositions to work around iTunes’ limitations for classical music. This is independent of the Nucleus, though.

Later, in the process of moving from California to the UK, I had to temporarily set up a Roon server on a Mac Mini as my Nucleus was in transit. The process was far more painful than the Nucleus to be sure.

18 posts were merged into an existing topic: Why can’t the Nucleus see what’s in my laptop’s music folder?