Why are most of the marketed 1.8 features not visible?

I attended the 1.8 demo, got the emails, read the preview pages, yet none of these valence features are available to me because I don’t have a streaming account. I have the entire discography of David Bowie 2x over. I have 150 Miles Davis albums. Leonard Cohen’s discography. And yet none of these views match.

The marketing, the demo, none of this said any of these features were only available with Qoboz/Tidal. When I add a free Qoboz account, I see these areas of UI, but all of them point me to Qoboz versions.
Even new releases for you shows me a Qoboz version of an album I added to my library yesterday.

All of this was marketed as adding new insights into your LIBRARY. None of it says it’s only for adding streaming content. So can anyone from Roon explain to me what new insights you’ve given me, a user with a large local library, not paying for a lossless streaming service?

So far I’ve lost about half of my bookmarked tags because they were made obsolete by the new tagging parameters. I still for 2 years now can’t filter by any live date in an album name (known bug Roon has never fixed), but search was marketed as being improved. I can’t even display over 8,000 albums in my library by filtering with the album name. That’s terrible. Album pages lag in displaying on all platforms, scrolling lags on iOS devices so it’s actually now harder and longer to find content than it was a few days ago.

But this is a question in good faith: what is actually improved for a local user with a large library like me? I feel this update does nothing it said it would do for me while tearing apart features I’ve depended upon like tagging and bookmarks. 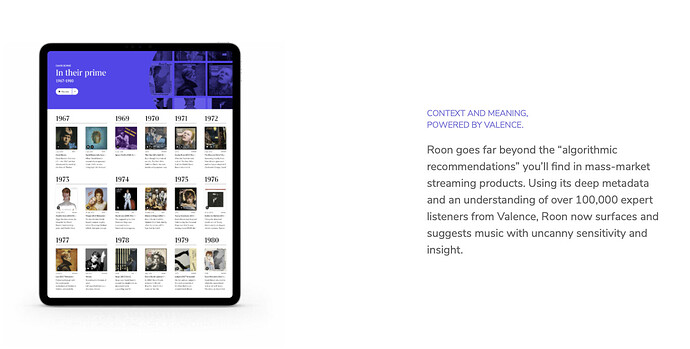 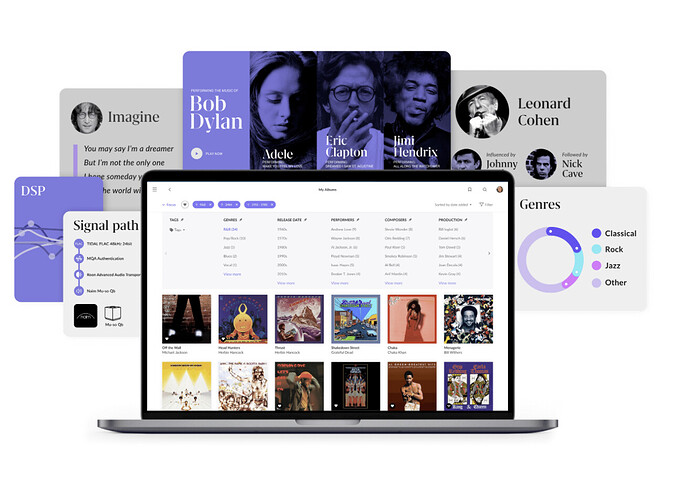 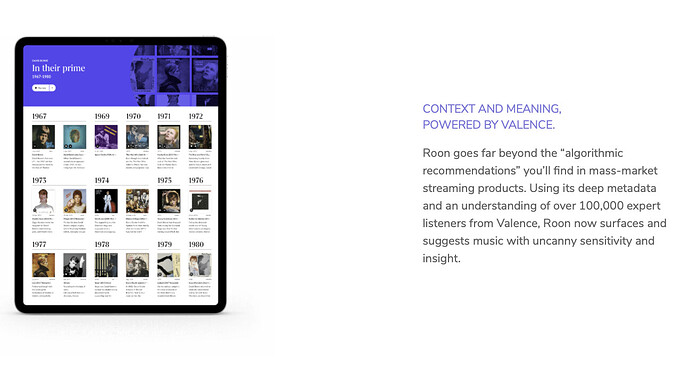 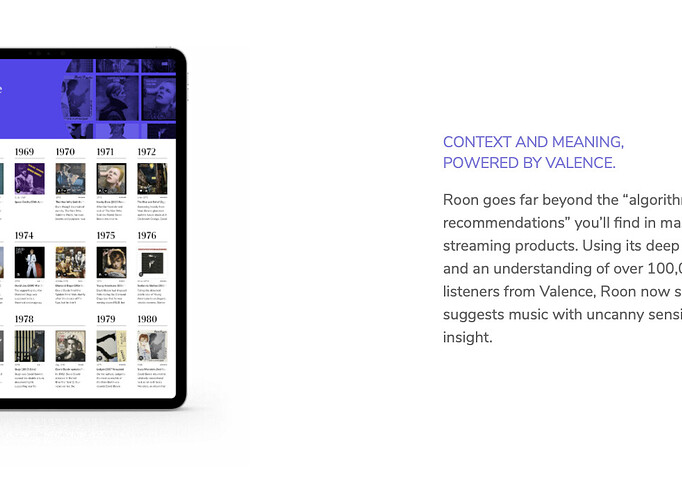 It doesn’t make much sense to me since none of these features need to be specific to streaming users. When I log in with a non-subscription (see: no content) Qoboz account I can see the UI for all of these, it just points me to Qoboz versions of the albums in these views that are already in my library. So why the hell would it work without a streaming service but won’t just display the same content it finds from MY library?!

Vālence was introduced with the release of Roon 1.7 and it was the same then as it is now. All the Vālence features are only available with an active streaming account in Roon.

And yet they actually work without a streaming account, just a little inconsistently in displaying albums from my library when they exist there. Makes no sense why these features aren’t available for one’s own library without logging into a null Qoboz account. All marketed in 1.8 in helping you get more from your library.

Ah, so now I understand why 1.8 seems remarkably like 1.7, just with new lipstick. I also do not find any need to use streaming services.