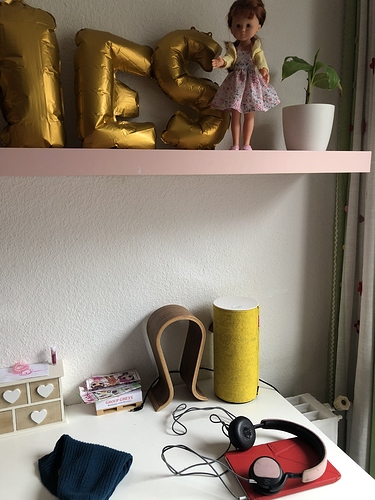 As Anders says, the subscription model is the future. I fully expect Windows and OSX to follow suit.

So MacOS will be $0 per month instead of $0 for an up-front purchase?

We aren’t ready to do monthly yet, but when we have a proper mobile offering (@Soren_Siim_Nielsen’s #1). We will surely offer #2. Both together make sense to us, separate, they don’t. The product still fits a small niche until #1 is done, and thus priced more like a tool or component of your audio system, and not as an “app”.

@anon55914447 has also been speaking about this for ages, and both he and @Soren_Siim_Nielsen have always been right. But not just yet.

If you think that you’re not paying a fee for MacOS, then I have this bridge that you might be interested in…

Danny, I think you are all spot on regarding the future wan support. I was pondering about Roon (and user experience) these past few days and I think that an even wider mass market appeal can be achieved by vertical integration.

A niche customer (such as myself) will be happy with what currently offered by Roon as well as the tweaking for setting up high SQ end points.

My latest issues with Bluesound multiroom sync made me think of the wider market appeal if Roon ‘controlled’ the hardware endpoints. Any updates to RAAT are immediately rolled out with software Roon Bridge updates which ensures my system works perfectly. I have 3 zones like that and they are flawless. Roon ready end points do not necessarily update in line with the roon bridge because it is up to the manufacturer (e.g. Bluesound).

I am not suggesting Roon becomes something like sonos but if could become Sonos +++ with: scalability, open architecture as well as ease of setup (like Sonos) and multiroom sync reliability. All positive for the technophobe (wider market).

It all depends on the target segment I guess.

I’m mostly pretty happy with Roon as it is. Of course I hope for some new features (such as Deezer, Bandcamp and Soundcloud support) and I’m not against features that I’m not gonna use. Even though I would probably use the WAN thingie every now and then, if there ever was one, I can’t see it really bringing in too many new users.

I might be wrong of course, but I can’t see why a regular Joe would go for Roon instead of for example Subsonic. It’s free with a premium subscription for $1 a month. Well, remains to be seen I guess.

If I’m paying a fee for MacOS, it’s an entirely different model from the subscription one we’re talking about here. I don’t see Apple moving to MacOS or iOS subscriptions any time soon.

(BTW, I really like that bridge. How much are you asking?)

You are paying but it’s more like the traditional streamer model. It’s tied to the hardware.

I doubt Apple will go for the subscription model either. They’re using the software to sell hardware.

I doubt Apple will go for the subscription model either