Why do people hate jazz?

A slow start but some interesting facts and discussion by Rick Beato on YouTube: 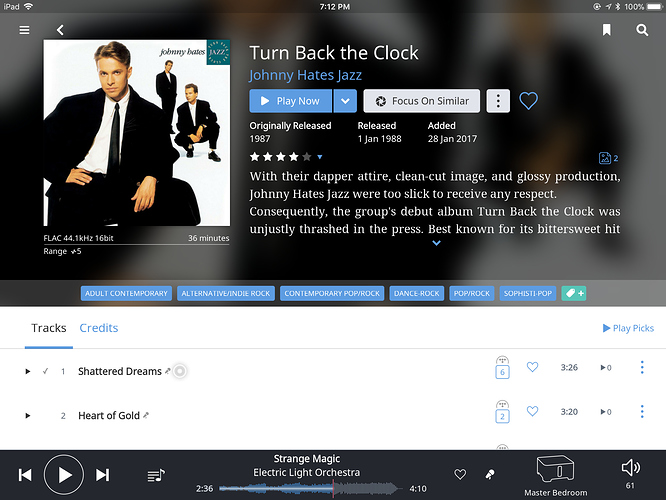 Why does Johnny Hate Jazz?

I heard somebody say, she doesn’t like jazz because it’s just a bunch of guys getting together playing 40s Broadway tunes. It is true that many of the standards are 40s Broadway tunes. But that’s like saying, I don’t like painting because it’s just a bunch of saints. Painting has moved on since then, and so has jazz. None of the newer jazz I listen to is like that. Whether the musician is young or old (Wadada Leo Smith is 76), the music is novel.

You can’t dance to it. Right, and Picasso didn’t go well with the brocade living room sofa.

It’s not entertainment. Just like Picasso is not decoration.

Jazz rewards attention. People have called this the Attention Economy, in the sense that the attention of the audience, the internet browsing people, is the most valuable commodity. If you can gather large amounts of attention, you are worth billions. It is tempting to say, curmudgeon style, that people don’t seem willing to pay attention, they want a background soundtrack — certainly that seems to dominate Spotify’s business model. But I saw a K-pop boy band on TV during a New Year’s Eve celebration, and the entire crowd of people sang along with the lyrics. So they do pay attention.

I can’t explain it. Short of elitist commentary like the audience is not sophisticated enough (Beato said European and Japanese audiences are much more sophisticated than the American one). But I don’t think that is right. The American audience made rap a success, and that is both difficult and sophisticated.

I have been listening to jazz since about 1996. Since the start there’s been a ban of public listening in my house, or at least in the hearing vincinity of my wife who becomes nauseous listening to Jazz. Whilst respecting the rule, I used to laugh this off until I went to a concert for some eminent players with my cousin a few years ago and had a bad reaction to the “free jazz” being played. I too became nauseous, and got a really bad headache. It was so bad I had to leave the concert.

It was the Jazz and nothing else, I’m sure of it. It was really very stressful. I tend to avoid free jazz anyway, small doses are fine for me, maybe a couple of minutes. I think what happened was that the intensity of concentration required for me to assimilate it was just too much for me. Behind us in the auditorium, there was a guy who was in complete ecstasy, I kid you not.

Musically it was like listening to an introduction or finish to a long piece of jazz or jam, but it just didn’t go anywhere from there.

Point is that some people have this threshold of listening concentratiion much lower and jazz niggles or upsets them because it demands attention (reward attention as Anders wrote above also). I think you can get used to it and learn to enjoy it, but most of us, even jazz fans, as I consider myself to be, have limits

No kidding! Just back from a live gig at SFJAZZ: Dave Holland (double bass), Obed Calvaire (drums), Kevin Eubanks (electric guitar). Not by any means the most esoteric players or music, but not easy either, Time went by very fast, but the complexity of the rhythms and chords they juggled made those 90 minutes a real auditory and mental workout. BTW, this was the best Kevin Eubanks performance of many I’ve listened to live and recorded. He seemed to be pushed to soar into the heights by his bandmates, especially Obed Calvaire’s rhythmic subtlety and humor, which goes very well with Eubank’s unassuming personality. There was so much there to listen to, so much stayed a mystery.

but most of us, even jazz fans, as I consider myself to be, have limits

I can think of some Albert Ayler recordings that hit mine

But some recent free(ish) jazz has worked really well for me, such as Sylvie Courvoisier’s D’Agala, everything from Wadada Leo Smith in the last few years (including some amazing live work I’ve caught at SFJAZZ), Gordon Grdina’s Inroads, Tyshawn Sorey’s Verisimilitude, …

The American audience made rap a success, and that is both difficult and sophisticated.

and here is a defining example: 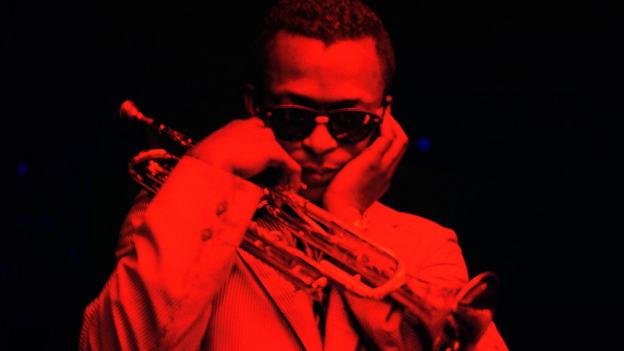 Jazz: Love it or hate it?

No other musical genre divides people so greatly – why? For International Jazz Day, BBC Culture asked a fan and a hater to lay out the cases for and against.

This is an interesting topic, as I am someone who loves music , I listen to music every single day and i can’t imagine life without it. I also like to think I have a wide taste in music and I like most genres. Well apart from Jazz and Classical.
These are two areas I just can’t seem to get away with. I do try on occasions to listen to some but always turn it off , as I think , oh let’s stick something on I like.
I love the what are you listening to now thread on this and other forum, and often I search out the jazz or classical items and think this will be the one that does it for me .
I am 54 …time is running out

It’s not entertainment. Just like Picasso is not decoration.

I think this comparison is somewhat misleading. There’s absolutely nothing wrong with entertainment in jazz. On the contrary, most jazz musicians actually WANT to entertain their audience. “Entertainment” and “art” are NOT mutually exclusive! However, Picasso certainly didn’t want his paintings or sculptures to be equated with some cheap bric-a-brac on the kitchen shelf or window sill…

So true!
I personally never listen to music that doesn’t entertain me. NEVER! And I mostly listen to jazz and classical music…

Allthough i love chet baker and most of vocal jazz, i can’t stand the more experimental jazz. In my opinion it’s great egotripping, showing off your capabillities. See how good i can play! with that stupid solo’s. For me music is about sharing, a story, a feeling, and not about a group of tripping ego’s.

You can’t dance to it. 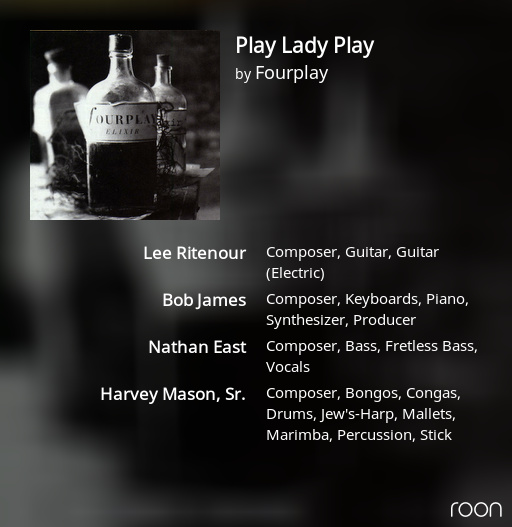 In the clip Beato refers to unfamiliarity with the standards or historical players meaning people don’t understand the vocabulary of jazz. This is certainly true, but who decided that improvisational music should be either standards or originals ? Why can’t jazz techniques be applied over the music of the eighties or the nineties ?

First of all, you can dance to any music. In fact, you can also dance without music!

Jazz has been since its origin dance music. In the 1940s and before, dancing consisted in going out to a ballroom and listening to Duke Ellington, Count Basie and all those other orchestras.

Here you go. The late great Gregory Hines performing with his brother Maurice in Cotton Club

[…] you can dance to any music. In fact, you can also dance without music!

Nevertheless, record labels like ECM aren’t exactly well-known for what most people would call DANCEABLE jazz…

“You can’t dance to it” wasn’t my view, it was a quote (from La La Land, perhaps?). A common complaint. Doesn’t matter if it is true, it is common. (And I do think it has merit, I have never danced to Bitches Brew or A Cosmic Rhythm With Each Stroke by Vijay Iyer and Wadada Leo Smith.)

But whether true or not, why is that a criticism? Why is dancability a necessary attribute to like music? Are we such dancing fools that if we can’t dance, life isn’t worth living?

Dancing is nice, you can do that with some music, other music is not dance music, it has other values.

I have never danced to Bitches Brew or A Cosmic Rhythm With Each Stroke by Vijay Iyer and Wadada Leo Smith.

It isn’t too late for that, though. Just give it a try…

most of us, even jazz fans, as I consider myself to be, have limits

Yes, but I would put it differently. I don’t think of it as a scale of difficulty, and more difficult is finer and more advanced, and we should strive to that, and if you can’t appreciate Peter Evans you are only a Grade B jazz lover. Jazz, like all kinds of culture, has many branches, nay it is a bushy shrubbery, some we like and some we don’t, some have legs and some will lead nowhere.

Same in classical, when I was young there was a tide of “classical” music that was all about breaking with the old norms, and they became equally stereotypical. Some jangly, atonal noise, then a pause, then a loud crash. Classical music is not on a scale where atonality is the pinnacle.

I saw a cartoon once with a long line of slender young people with long hair, in black turtlenecks, each carrying a sign saying, Rebel against the rising tide of conformity!