Why I cancelled `Roon (not a complaint)

Hey! Firstly I love Roon… I just got an email asking for me to give feedback…

My first bit of feedback would be to actually provide an active link to give feedback, It took me to a bit of a dead end questionnaire on my iPhone and then I switched to my laptop… Just because I’d really love to see Roon continue to develop.

I’ve had two brief subscriptions with Roon, the first was 6 months ago… then I tried it again recently when Arc came out.

1 - The Arc app has to be as good as Apple Music app, which means even when offline I can still browse through albums etc… and not be limited to a downloads tab

2 - There should be a way to directly transfer from Roon to my iPhone, instead of having to download and rely on internet speeds

3 - This is the big one… It needs Rekord box integration. DJ’s use rekordbox, Bandcamp users spent 187 million on purchasing digital music last year, it’s a big user base which currently isn’t represented in the Roon world. I have to still use iTunes to integrate playlists with record box and it all gets a bit messy. When I say DJ’s I don’t just mean club DJ’s there’s millions of people obsessed with creating radio shows etc… all different genres, all different age groups… So it’s a bit of a big one I think…

6 - Apple Music still doesn’t support Flac, so I am constantly looking for an alternative and Roon is soooo great other than I am still forced to use Apple Music for integration with Rekord box, which in the end means I can’t manage two libraries… so Roon had to go…

What does that mean, if it doesn’t mean downloading?

But Roon supports ALAC. Why not use that, instead of FLAC?

This feature actually exists, but depends upon either you or the supplier of the media actually tagging the media correctly, i thinking these are Genre tags which could be created. When you Focus in Roon on the Genre Tags of choice, and then add a time period, this is easily bookmarked, and voilá: You have yourself a “smart playlist”.

Roon do need to “focus” on getting the bookmarks more easily managed, categorized and available though.

and then add a time period

This is an interesting idea but where do you add a time period? 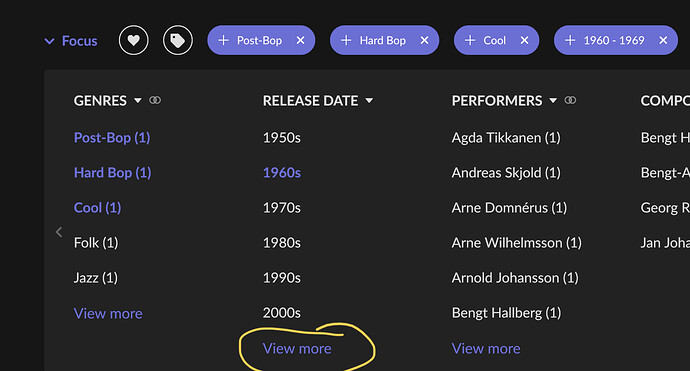 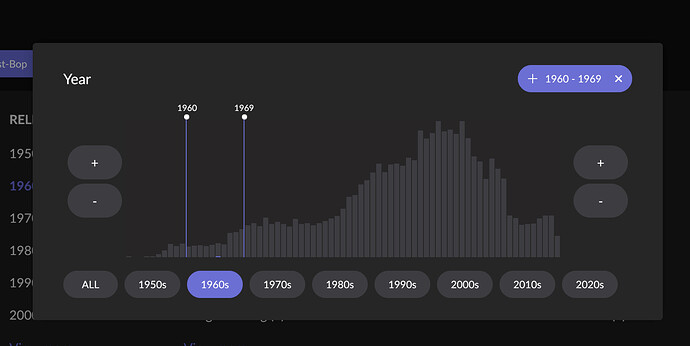 Then just create a Bookmark of your view. This is dynamic and all albums which match criteria and gets added will be visible under the bookmark. 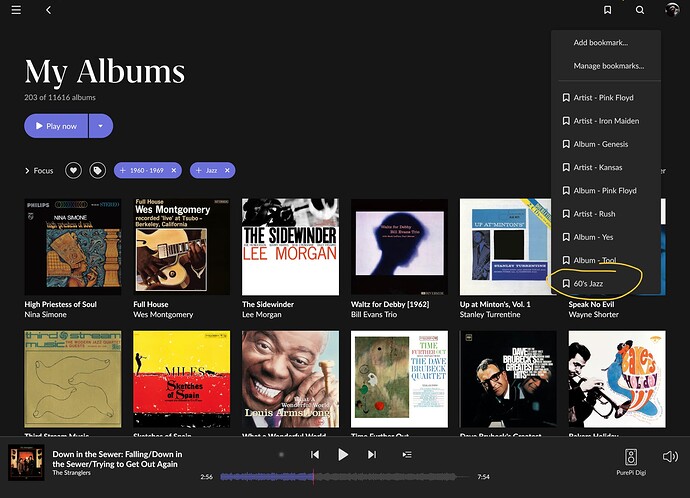 Custom comments are not possible, there is a feature request for that.

Metadata can be edited and added already