Why is Roon calling it a "various artists" album

I have a box set of albums & I’m now going to have to go through each one & add in the artists because even though Roon knows who they are, it’s just putting “Various Artists” in the primary artist panel.

But only on some of them. Because Roon.

Seriously, though. I’ve probably put something wrong in there & I’m wondering if there’s any reason why Roon might be doing this.

Here’s a screen shot of one of them. As you can see, it’s identified & Roon is telling me who the artists are, but in this instance, it’s just putting “Various Artists” at the top. 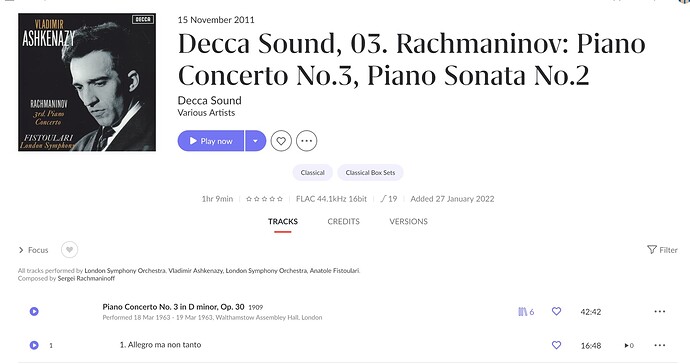 Classical CDs often contain multiple performers but there is no way you’d ever describe them as “Various Artists”, which is a specific term reserved for specific occasions.

It’s a very strange thing. I’ve been tagging lots of classical box sets recently & Roon seems to get a different fixation about each one. Usually, it will put the expected primary artist or artists but on this one it isn’t. Yesterday, on a different box set, it was insisting on labelling all the recital albums “compilation”, which it hasn’t in this set.

You can edit album, and modify according to your liking (either use Roons suggestion, files suggestion or your own). 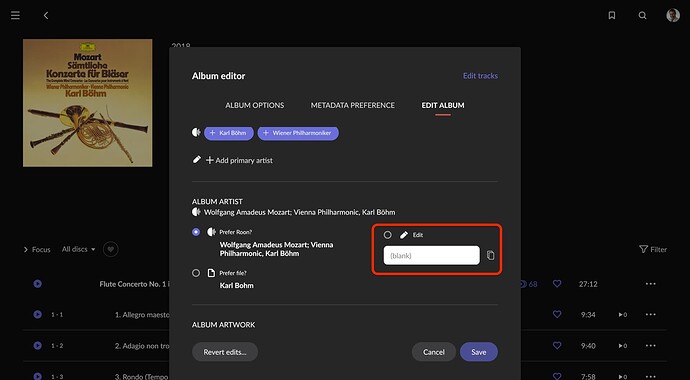 if you scroll down on same place (edit album) you will also find type of album and compilation, available for you to override according to your preferences

Thanks. Yes, I know I can do that. My question is why, when it hasn’t done it with any of the other box sets I’ve processed recently, has Roon elected to put Various Artists as the primary artist in this particular box set (with the exception of one disc) rather than using any of the metatags containing actual artist information?

I suspect it’s because Roon gets it’s information from two particular places & they have tagged this set incorrectly & passed that on to Roon.

If I’m wrong about that, I really would like to know why it did it.

So it’s done the same thing with another box set & I’ve come to the conclusion that it’s because Roon is, quite correctly, regarding the box set overall as Various Artists even though, in my opinion, it should be putting in the primary artists into each individual CD.