Why is side 2 from a different remaster 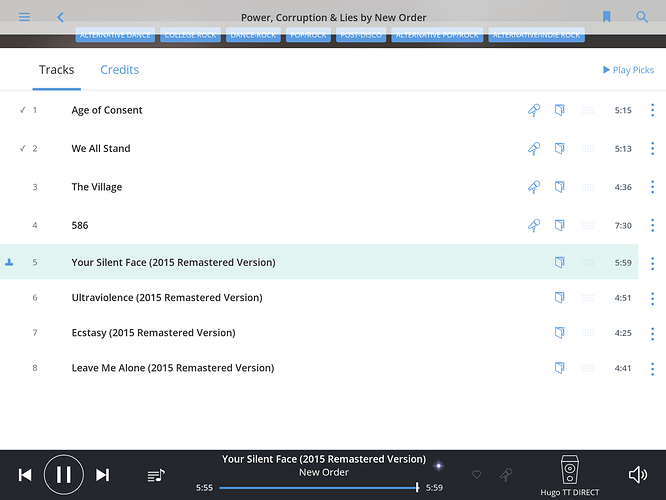 Why the (apparent) 2 different remaster versions on the same album?

Not on Topic but Power Corruption & Lies is one of my Favorite New Order albums, that and Low Life.

Strangely enough New Order passed me by at the time, by and large, as did Joy Division, have had a great time discovering Joy Division so it looks like another fest is in store as most all of New Order seem to be on Tidal.

Hi @Sloop_John_B I’m fairly certain that the origin of this is the part of the metadata process where we merge tracks from different editions to create a set of canonical “gold” tracks. We do this fundamentally to try and get the richest track-level metadata for each track (which may not be from your specific edition), but it might not be the right thing to do in all cases. I’m currently looking at this area of code to resolve another metadata issue (tracks with wrong (duplicate) names); I’ll bear your observation in mind when I change the code and try and kill two birds with one stone, however, it’s possible that this may be more than a metadata service only fix.