Warning: This is purely subjective listening tests. Please keep in mind this is personal opinion and speculations.

I’ve been eagerly to test this for a long while but I have been so busy lately with lots of things to do now. Today I finished some works and have some free time to do some small tests. I’ll use Hiface Two to test between new UAC2 driver in Windows 10 Creators Update and M2Tech USB Audio Driver.

M2Tech USB Audio Driver: Are you kidding me? This makes Windows 10’s UAC2 driver sounds duller. It brings better transparency and cleaner sound with this driver. I also enjoy music better with improved transient attack and slam of dynamics.

The sound improvement is no less from Windows 10 v1607 to v1703 to my ears. If you set to streaming buffer to Low Latency option, it’ll sound much more closer to real instruments. It’s a shame that OS X/Linux audiophiles won’t be able to compare and experience this greatness.

Since the result is so obvious, I tried to find the reason why and this is probably why. Here’s how Windows 10 Creators Update’s UAC2 driver works.

The UAC2.0 driver in Windows 10 creators update doesn’t work well with my DAC. It somehow over-write the OEM supplied driver and I’ve hard time troubleshooting. It doesn’t support ASIO function which is very important to me when I playback DSD natively > = DSD256 to my DSD enabled DAC. 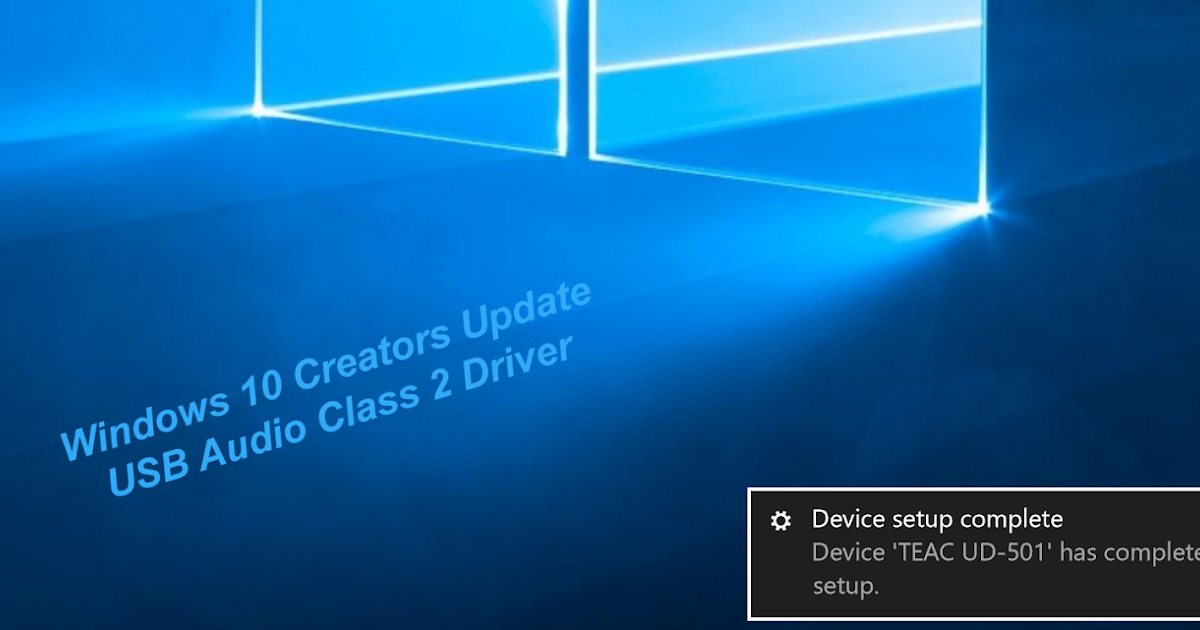 It has arrived... Finally... Microsoft's USB Audio Class 2 (UAC2) native Windows driver has been released with the recent Windows 1...

Did a fresh install of Windows creators update and and was not able to use wasapi exclusive mode anymore in ROON. Too bad because ROON would not stream anything but 16/44 in shared mode.

In exclusive mode Music coming from my server stopped after about four seconds. Solution was to install the oem driver (CM6631A_WIN10-1.01) for the Emotiva Stealth DC-1. Everything as it used to be. Tidal streaming 24/48, 24/96 again. Strange issue, anyway.

I’m staying away from Windows Creator Update; some manufacturers issues warning that their OEM driver will fail to work. I’ve experienced this on my portable USB-DAC which no longer able to work. Sadly I’ve to re-install Windows to make it work again and that’s sucks!

CM6631A chip tends to have strange issues at times even with its own driver in Windows 10. Maybe it’s driver incompatibility issue from vendors as trying to find others can resolve the case.

Yeah. Since using native driver requires installation from installer directly, it sucks for some USB DACs not being able to reinstall that way and I’m staying with v1511 as last good sounding Windows 10 ones.