I’ve got speakers wired around the house to 8 stereo zones, and all speaker cables come out into the lounge.

I want to use Roon to have independent playback in each zone. And, to group 3-4 zones in party mode every now and again for synced playback.

I was originally considering a Sonos Connect Amp per zone and stacking them on top of each other in the control cupboard. But seems a bit expensive and Sonos playback doesn’t seem to slick with Roon.

Does anyone have any suggestions for RoonReady multi-room wired hardware?

You can use Raspberry Pi’s with Allo.com Boss DAC + Volt AMP HATS’s.
It will set you back about $125 per zone + power supplies.
Use RoPieee for maintenance free operation.

IQAudIO digiAMP+ hat will also do the job, as would some other options for Raspberry Pi’s

BlueSound might have some options too but are more expensive than the Pi options.

I personally like the IQAudio DigiAMP+ option and run several around my house driving bookshelf speakers with good effect.

OS of choice for me is www.Ropieee.org or dietpi

Thanks. Do you have a DAC in that setup?

Would this bundle do the job?

Thanks, that looks good.

I’m guessing this enclosure would do nicely? 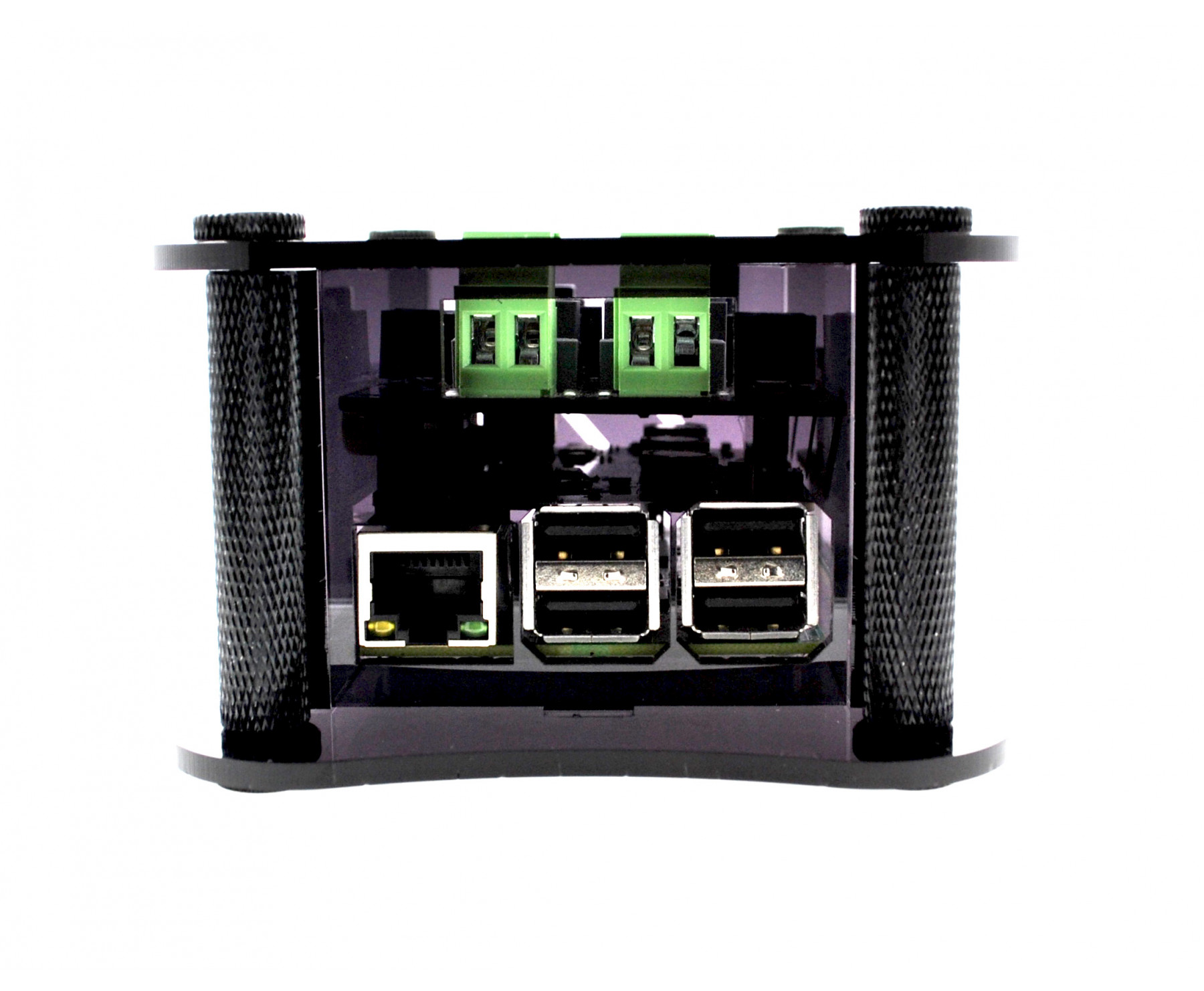 Would be nice if they had a Plug and Play module like below, but with a Volt amp in it.

Hi @Tobin_Harris yes thats the bundle (the IQAudIO one) I use for 2 of my setups…I also use one with the LCD for my bedroom.

I did build one other with a LMS power supply and metal chassis but thats a good deal of DIY if you are for that kind of effort.

Just add speakers are you on the way to some sounds with Roon.

Below is a setup with dietpi and wifi supported…ropieee doesnt do wifi yet.

Raspberry Pi 3 with IQAudio HAT; Power In, Sound Out Tinkering

A bit rough and ready but at least its well protected and will have a clear acrylic top for the Wifi to get in and interested audio geeks to see inside… Mains power wire in and speakers out…it doesnt get much better than that… Into a pair of Emotiva ERM 6.2 bookshelf speakers (4Ohm) at vulme level 40 its a reasonable level for a dinner table area…50 for general listening and 80 is starting to get into a loud party…up past that is getting pretty darn loud

Here is at the build I did … with speaker output or balanced headphone out. [image] Im planning a new one with the same basic setup but with the following outputs USB 3.5mm headphone Balanced Headphone RCA line level XLR Balanced Line Level Im not sure if all of these can operate individually but The USB and other outputs should be able to live with each other playing different streams over LAN I hope. I also hope to have a volume knob on it to control…

I also have the all black case.

I seem to recall that someone in these forums built a multi-RPi+Amp HAT into an enclosure for just this purpose - powering multiple passive stereo speakers from a central point. A DIY job, but it looked very professional from the photos. Can’t find that thread at the moment - it was some time ago…

I think I found it - think it’s this one?