Would this Intel NUC make a good ROCK box? 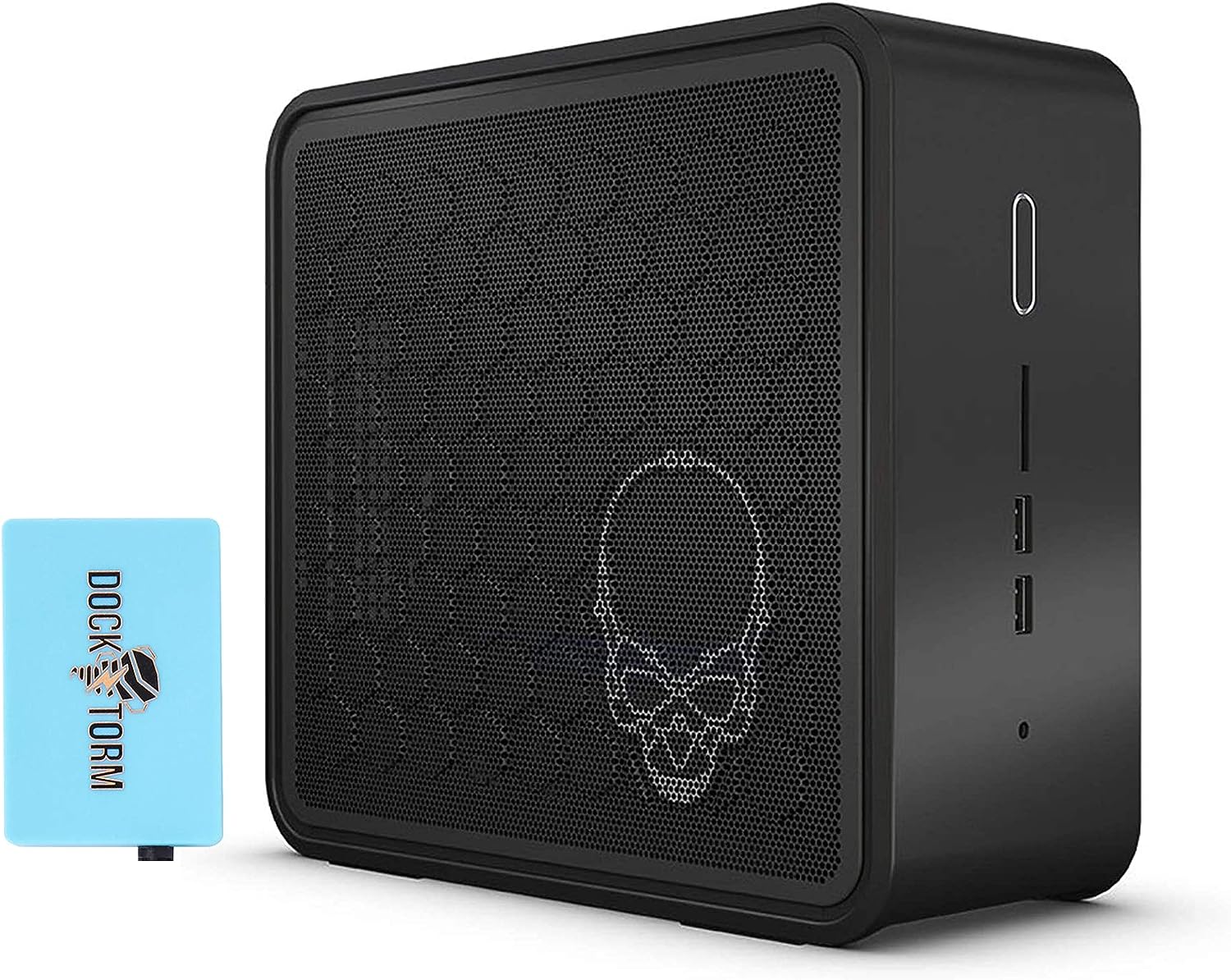 GreatPriceTech sells computers with custom/upgraded configurations to enhance system performance. If the computer has modifications as listed above, the manufacturer’s box was opened by our highly skilled technicians for testing, inspection, and...

Size:16GB RAM|256GB SSD|Win10Pro GEEK+ sells computers with custom/upgraded configurations to enhance system performance. If the computer has modifications as listed above, the manufacturer’s box was opened by our highly skilled technicians for...

The only issue may be it looks like there is no ability to add an internal SSD or HDD if that’s important to you. Spec wise it’s good , you can add a USB HDD.

Don’t forget the 512gb SSD can only be used for ROCK ie no audio files.

However leave it on Windows and you will have 450g b or so to play with, but not ROCK

Size:16GB RAM|256GB SSD|Win10Pro GEEK+ sells computers with custom/upgraded configurations to enhance system performance. If the computer has modifications as listed above, the manufacturer’s box was opened by our highly skilled technicians for...

Wow, that’s pretty, but, alas, I live in the Holy American Empire and this would be too much to ship.

Looks expensive for what you get. My 7i5 NUC sits in my server “rack”, unloved and unobserved but chugging along nicely. And I’ll let it do that as long as I possibly can, and then (if cores aren’t in the cloud by then) I’ll buy the least expensive thing available.

Currently I can only see Celeron/Penium version

I found a much better one. 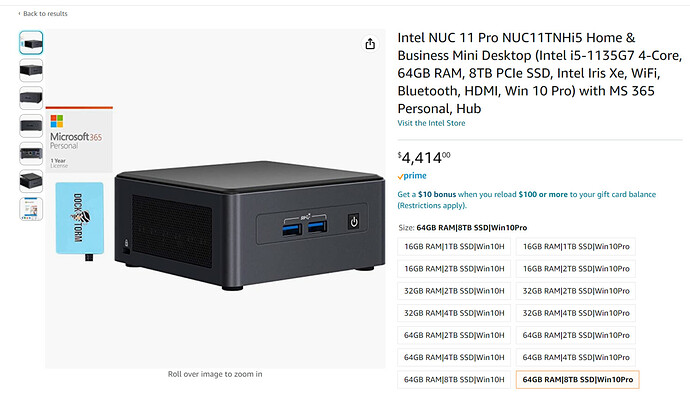 Thanks! I have been checking

Are you any good with a white felt tip

Maybe check the new ROCK install is now supporting NUC 11 series , until now the limit was NUC 10 because of the Legacy Boot requirement. The upgrade last week should have fixed that.

Question for the forum - Has anyone managed to load ROCK 2 onto a series 11 NUC ?

I was sure somebody would have tried by now

I have a similar generation / spec NUC that I bought for other purposes. It’s an ok computer and I think it would be a very competent ROCK core but depending on where you plan to install it, you might find the fan to be very loud. Mine is the short version and perhaps that contributes to fan noise but I’d worry about installing this anywhere that it might be even remotely audible.

Akasa makes silent cases that can be found on Amazon in the US for reasonable prices. You might be able to piece together a silent NUC based on an Akasa (or similar) case and a NUC board kit if you can find the components. It would be a pretty easy assembly as far as such things go.

If it helps anyone, some NUC11s have been added to the official ROCK supported list

Have you cleaned it out ?

Mine is the 10i7 tall form with internal 4Tb SSD , it’s silent except for start up or when it’s importing and analysing

Mine is clean but I should be careful about assuming my experience with the NUC will translate to what happens with Roon. I tried using it as a small, desktop PC. Things like Zoom/Teams were enough to get the fans going full blast and they’re loud enough to be obnoxious in that context. I can easily believe that under steady state, Roon wouldn’t drive it hard enough to spin the fans that fast. I also know that there are BIOS options for fiddling with CPU speed/boost versus sound. If I recall correctly, you can choose between performance and fan volume, and I had mine tweaked to CPU.

I’m handy with this stuff. If I were going to switch to this NUC as a Roon Core, I’d probably try it as is and if it turned out to be loud, I’d relocate it into a silent (probably Akasa) case. That’s a bit of a challenging operation, though, for folks who don’t have experience with PC builds and, in case anyone is tempted, I think you’d probably lose WiFi unless you did a custom antenna setup.

enough to get the fans going full blast and the

Not the same. The reason the fans spin up was due to graphics processing. Rock having no graphics rarely drives the cpu that hard.