My apologies if there’s a standard way to report metadata problems. If there is, I couldn’t find it.

The problem I’m having is with Leon Ware’s self titled 1972 album, Specifically, the album description is from his other self titled album first released in 1982. I’ve checked on allmusic, and there’s no description for the 1972 album, so I’m not sure where this data has been pulled from (it’s not coming from my local database as I don’t have the 1982 album). 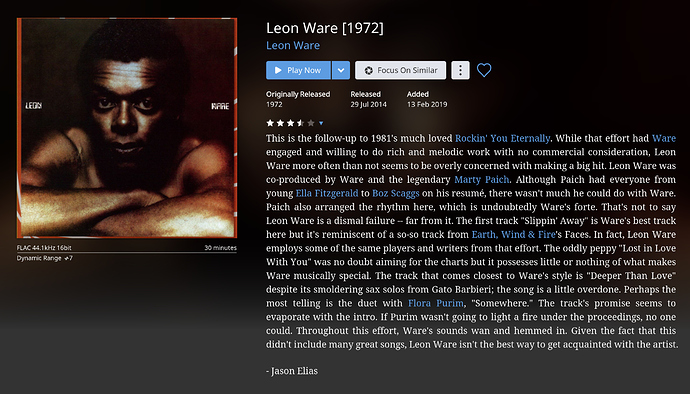