I found this issue on 2021 album The Absolute Universe: The Breath of Life by Transatlantic.

Yes, I uploaded the appropriate cover of the album (instead of the wrong one previously available identifying the album, which refers to another edited version of the same album).
I also added some credits, but none of my edits is linked to existence the issue I am reporting. 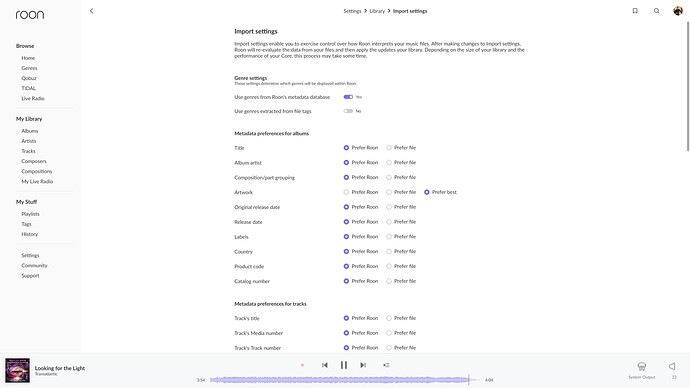 Metadata for tracks setting all on “Prefer Roon”.

As you can see in the following screenshots, Roon credits two artists named Gideon Klein: 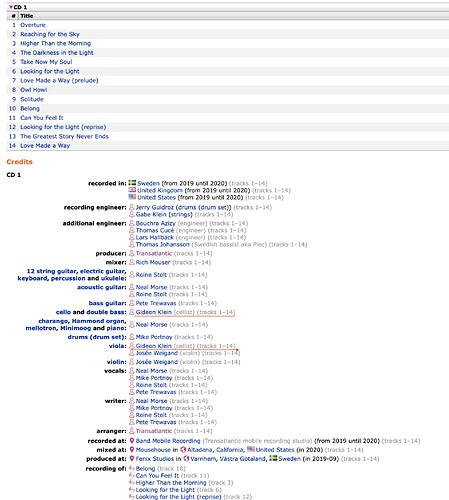 The problem is that while MusicBrainz has both the American string player and the Czech composer, AllMusic has only the last one.
So AllMusic needs a new (not yet existing) American player Gideon Klein entry and needs to change this credit with the new one in order to solve this wrong identification.

I hope I explained myself properly.
Thanks!

Hi @Marco_Bisi. Thanks for the detailed explanation (which is really helpful). We’ve asked TiVo to perform a thorough review of all “Gideon Klein” credits.