Wrong metadata for Albums "Like an Animal", "In Other Words" and Single "Loom" for artist Zaz

For both the Album “Like an Animal” and the new Single in NRFY “Loom” Roon is showing the French singer Zaz, artistname for Isabelle Veronique Geffroy. 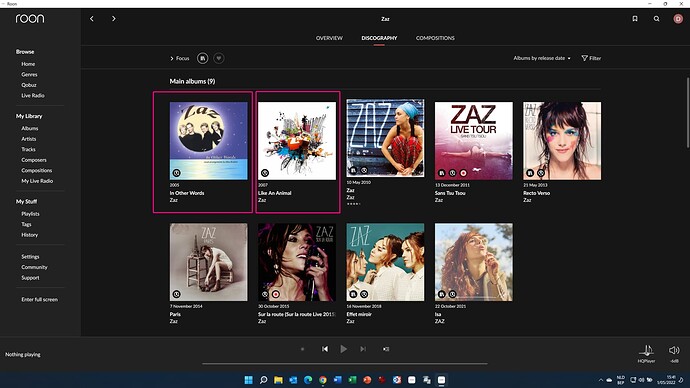 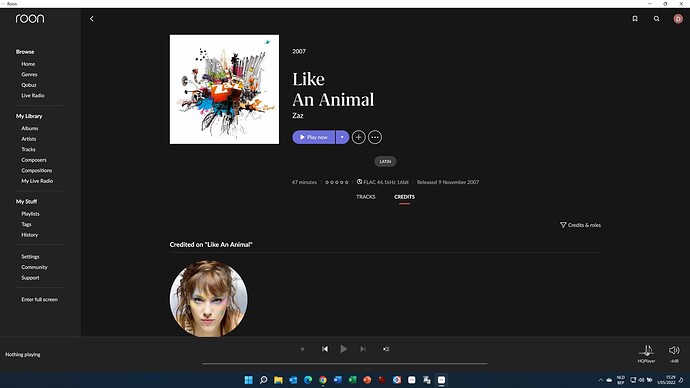 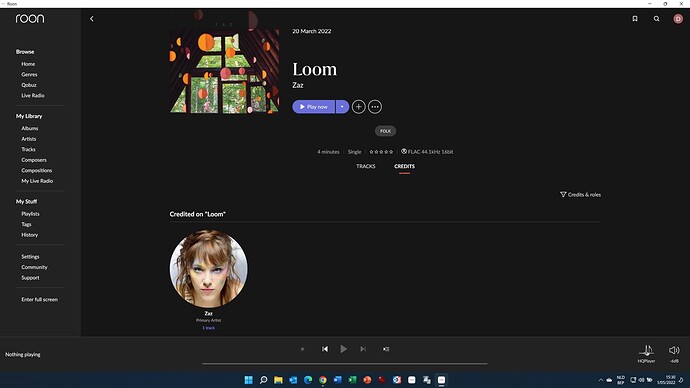 The album “Like an Animal” Discogs provides the follwoing information: 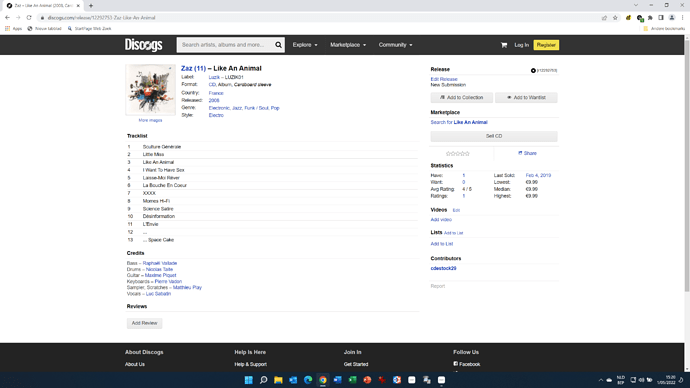 On Amazon Music the other album “In Other Words” can be found back, apparently another group called Zaz !? 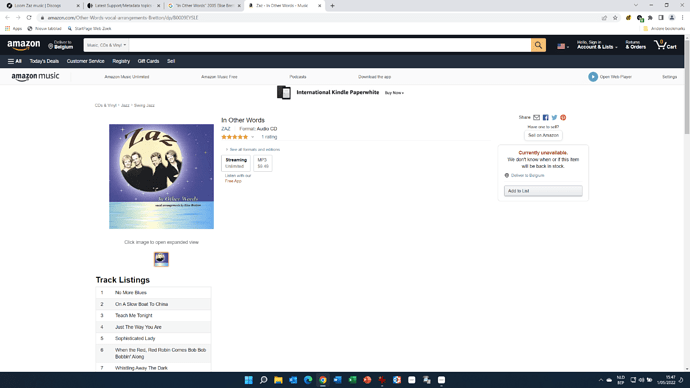 And finally the single “Loom” is performed by yet another group called Zaz (also found on Amazon Music): 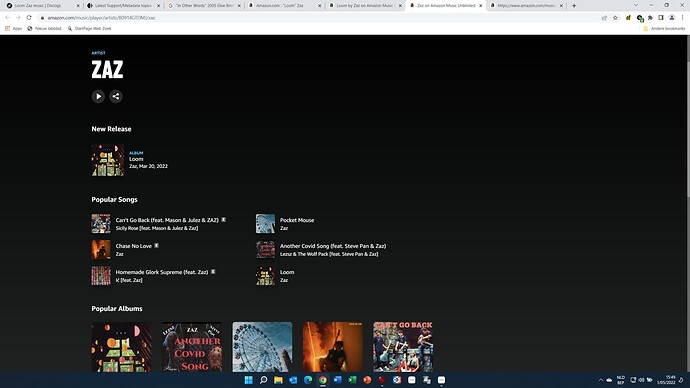 Thanks in advance you for having these albums/single removed from Zaz - Isabelle Veronique Geffroy - discography.

Thank you for bringing this to our attention. As always, we appreciate the heads up and your assistance.

I just wanted to update you that we’ve reached out directly Rovi/Allmusic thanks to your report to advise them of the metadata mistakes on this album. Please understand that we can’t make any promises regarding a timeline for corrections when coordinating with our metadata providers. They generally make corrections fairly quickly.

I am happy to see corrections have already been implemented on ‘album’ level: 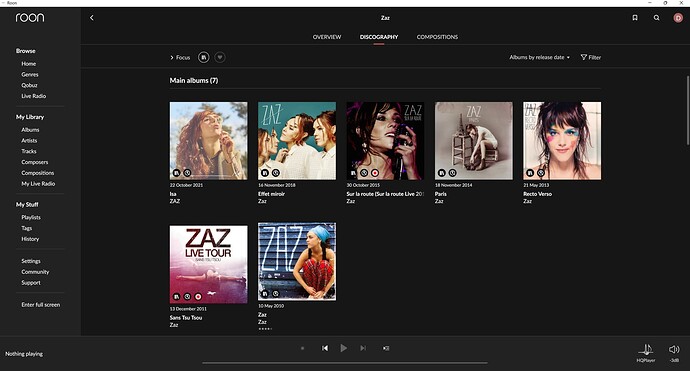 Unfortunately, in the ‘Singles and EPs’ department, still at lot of wrong artist allocations: 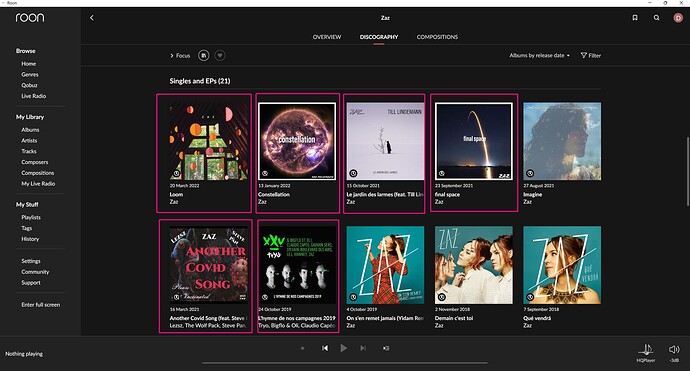 Thanks again for your support