They should be the same entry as it is the same group.

Second the album Incas Valley the songs are incorrectly spaced.

The rest is fine. Discogs has got it wrong. 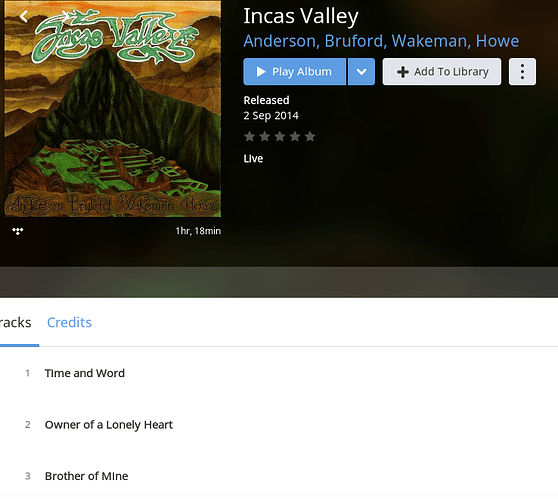 Hi Scott, I’ve made an edit to merge the two separate entries of the band. I expect the comma-less one to assume primacy.

In terms of the track listing, both TIDAL and Musicbrainz (whose metadata we use) have the same track titles and timings, and so does Discogs which we don’t currently use. So I’m a bit puzzled.

I am correct and they are wrong. If musicbrainz is informed of the misinformation would they not correct it?

Not necessarily. Remember that MusicBrainz and Discogs are contributor metadata sites, and the metadata for TIDAL comes directly from the studios.

Discogs has the following cover art which are pretty explicit: 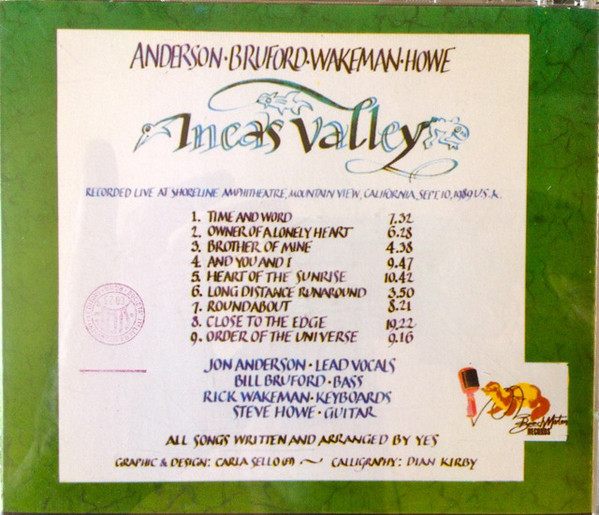 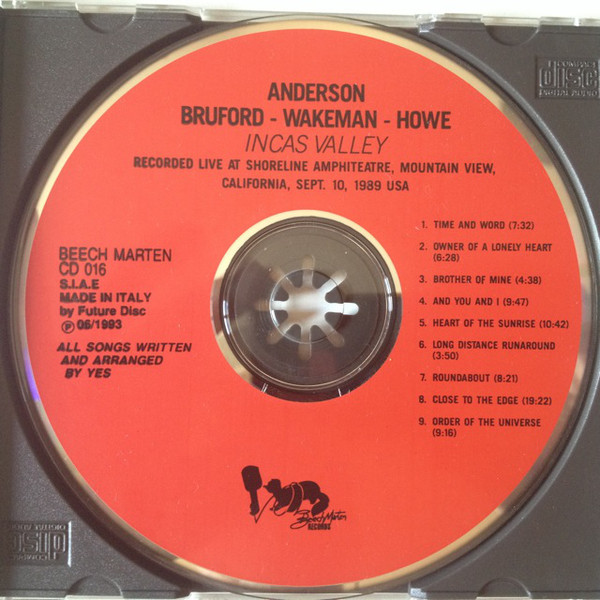 I’m wondering if you have a different release? How many tracks does your copy have?

The simplest solution here is for you to edit the track titles to your satisfaction.

I can see why you are puzzled; now I am puzzled too. Kudos Joel; you have certainly done your research. The evidence would imply the contrary. Yet I now see another error on the first graphic you posted; which looks to be done by some artist by hand: Bill Bruford does not play bass; he is the drummer. The bassist is not listed but I assumed it was Tony Levin, as that is who they recorded this with and who toured with them when I saw them in concert. The plot thickens.

I don’t have a physical copy of this album; I just have the Tidal copy, but I will confirm Track 1 is a medley consisting of:

So I have no idea why so many mistakes here: I assume this CD is the same album as the copy I have from Tidal, but it is incorrect on the CD and is still incorrect on the Tidal listing. But I will investigate how to edit my own copy if it bothers me enough; honestly I am just trying to help correct someones error. I do see the Anderson, Bruford, Wakeman, Howe listing with commas has been removed; so thanks for that also.