Can be recreated on any Roon configuration.

In 1.8, when I save, the wrong Eric Johnson does not get removed. Please note this is just an example, it can be recreated with any two different artists with the same name.

Given the very bad data quality from the third party provider, this is a problem for anyone trying to correct meta data to more enjoy the Roon experience.

Common names - for people or bands - really seem to be even more of an issue with 1.8 since it isn’t easily fixed any more. Hope someone can take a look at this.

Thanks for the feedback, @pscreed, and apologies for the delay. I just wanted to let you know that this has been passed along to our team for further investigation.

Can you share a video detailing what you’re seeing here? We’ve tried looking into this and we haven’t found anything to be working unexpectedly, but I want to make sure that we aren’t missing something here. Thanks!

@dylan san
I have the same bug in my environment.
I cannot remove “haruomi hosono” that was automatically registered by Roon. It just shows up in red. 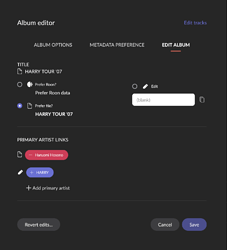 It is expected that the artist doesn’t disappear entirely — Once it is deselected it shows up in red as you see there, and the link is removed unless enabled again.

“the link is removed unless enabled again.” 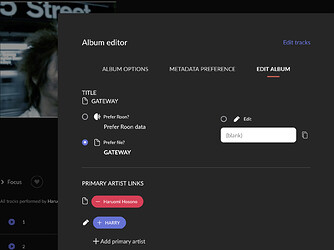 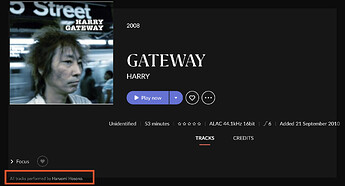 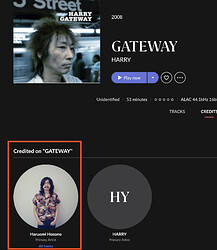 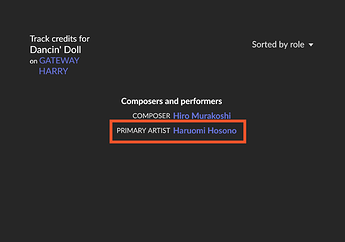 After upgrading to 1.8 (790), album shows even for added artist names.
However, there is still a problem with a deleted artist (Haruomi Hosono) being displayed.