Finally got around to trying out an A|B listening test between the following:

Both were connected to my QUAD 44 preamp via the Tape Record inputs (set to 0dBm - 775mV sensitivity). Playback was via my QUAD 405 amp and QUAD ESL-57 electrostatic speakers.

I grouped both into one zone: 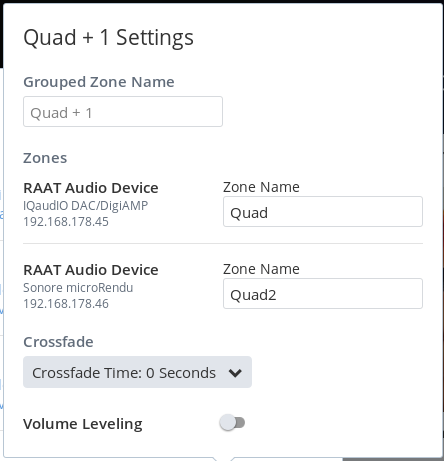 I could switch instantly between one or the other via the Tape 1 and 2 replay buttons on the QUAD 44: 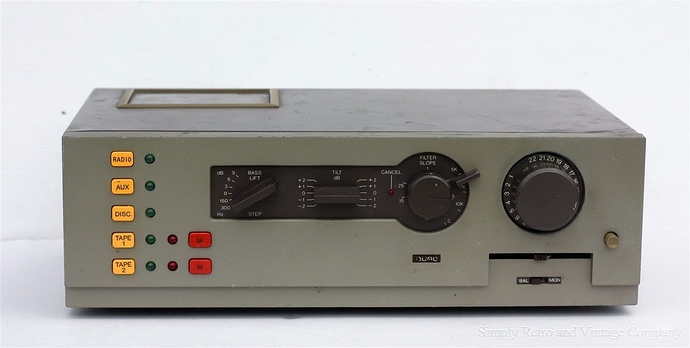 All tone controls on the QUAD were cancelled, and source material was a selection of FLAC 96kHz 24bit and 44.1kHz 16bit stereo audio files.

And the result? Well, try as I might, I couldn’t hear any difference in SQ between the two… Now, two things. First, this wasn’t a blind test - my partner wasn’t at home to push the buttons for me, and second, my ears are 67 years old, and doubtless well past their prime.

So I wouldn’t want you to think that there may not be any differences in SQ. It’s just that, with this setup, I certainly can’t hear them…

In fairness what you’re really comparing is the dragonfly DAC and the IQAudio one.

Its a bit unfair to imply anything about the mRendu in such a test.

Interesting results from the point of view of the DACs though.

I agree that the DACs are an important component, however, the point is also that there is a distinct difference in price between the two ethernet to DAC transport components (the RPi3 and the mR).

Post an image of your configuration as found in Settings / RoonReady from the microRendu GUI.

Is this what you mean? 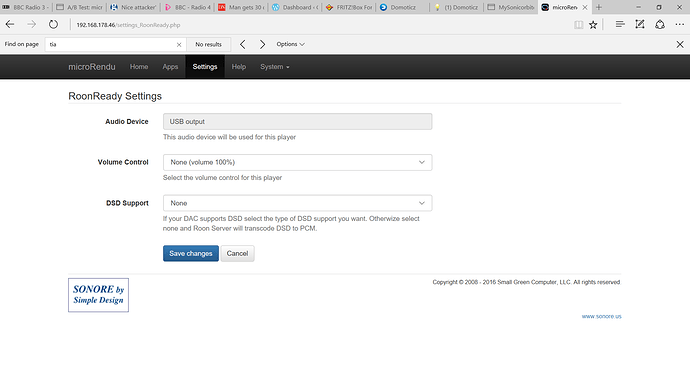 Right. Don’t you think you want to try the DragonFly’s hardware volume option so you can take advantage of the combinations “analog” volume control? This is one of the main selling points of that DAC. That setting bypasses digital volume from the server…

Erm, no - I use the hardware control on the QUAD 44 - that’s a real volume control… I’m old-fashioned.

You were comparing DACs not vintage pre-amps:) My point though is that there may be reasons for the delta in price from one device to another.

I found this on your device and had some questions.

Tape Input:
The Quad 44 is provided with two identical Tape inputs, which provide optimum matching for all commercially available open reel and cassette recorders. The correct record level and replay sensitivities are selected by the DIP switches on the Tape boards accessible through the small access panel as the Disc switches. Recording can be made on either or both machines at once and dubbing either way is possible,simply by pressing the appropriate pushbuttons.The signal at the record out socket is unaffected by either Volume or Tone and Filter controls.

That input sounds specific to tape sources. I have always been told not to use tape inputs for none tape sources. How does one assure “optimum matching” for other sources? Did you contact both DAC manufacturers to find out if the 0dBm input setting was appropriate?

Just curious…like you I like vintage gear as well.

If I recall correctly the Quad 44’s tape modules have a 300 mV setting so they should work fine with any CD type input.