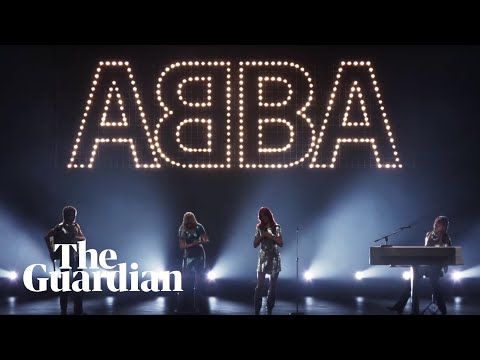 A couple tracks have been released on Qobuz. I believe the rest of the album is to be released in November.

Awesome! I’m a long fan of ABBA, good to be back for their new studio album soon!

I just pre-ordered the ABBA ‘The Voyage’ for USD15.99 can order from here😁

I’m surprised there is a cassette release. Is cassette really that popular?

A number of artists who sell on Bandcamp (obviously not including Abba!) have limited edition cassettes as one of the purchasing options. It’s obviously a niche market (not for me!). However the cassette also comes with a multi-format download as well - so all bases covered.

Personally, I’ll be ordering the CD.

Is cassette really that popular?

Probably so some people can complete the set!

It will be fun to have that on the cassette too!

I remember it well. My family had a BBC Micro Computer in the 1980s and the loading of games could take quite some time! Eventually we got a disk drive - the old 5 1/4 inch floppy!

Sigh…
Actually…yes.
For new up and coming artists ( Abba obviously not included…lol) it is one of the cheapest ways to get an album out.

Our lrs releases new local bands from their studio on cassettes that they sell in-store and online.

And yes even some of the big guns are including a cassette release of late, maybe just to complete a set as suggested or to fulfill an up and coming cassette revival.

Prior to COVID-19 there was cassette tape day alongside record day.

Wow! We are talking physical medium…

ABBA break record with over 80,000 album pre-orders in the UK

Pre-orders for ABBA's new album 'Voyage' have broken records in the UK after over 80,000 copies were purchased in just three days.

Not for me. I liked them when they (and I) were much younger. But I think this will ruin it for me. Whether it’s Paul McCartney, AC/DC or Abba, I think they should know when to stop singing. The only exception would be the Rolling Stones. And even that’s changed now (RIP Charlie).

I was leery about the new release. Old bands getting back together to release new material often doesn’t work out. But I like the couple tracks that have been released so far, so I’m hopeful about the new album.

I think they should know when to stop singing.

When they’ll stop (and unfortunately at one moment in time they will) you may find yourself keep looking for a new album or song or single or whatever, so just enjoy them while they’re still around…

I was leery about the new release. Old bands getting back together to release new material often doesn’t work out. But I like the couple tracks that have been released so far, so I’m hopeful about the new album.

It’s not their best album, and for the most of it kind of disappointing (expectations bias?), but for sure they still sound like ABBA (minus the real good hits)!

I really like the first two tracks that were released. A couple days ago I noticed a third track, Just A Notion, released on Qobuz. I didn’t like this third track as much.

I’m expecting the CD today, so I’ll see what the rest of the album is like.

I’m not sure what you mean.

There is no pause between tracks, I personally don’t like that at all.