About favorite or hate songs 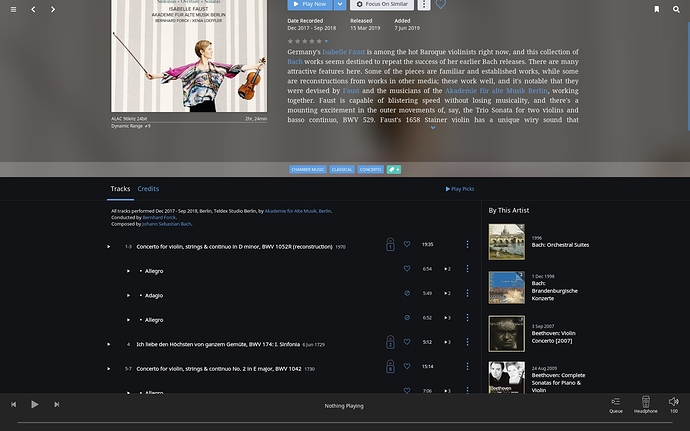 However, clicking the play icon to the left of the song will not play it song.
I don’t like it song, so I usually don’t want to listen, but I want to listen occasionally.

Do I have to unmark one by one to listen?

ps.
The image is an example, so I do not dislike this song. I like it.

clicking the play icon to the left of the song will not play it song.

I don’t think that’s right. If a song is banned, then it won’t get added by default - that is, if it would have been picked up implicitly as part of a wider play action - but it is played if chosen explicitly, e.g. play, or add next

What is your default action when clicking the play icon? Those ending in …from here will skip it.

Are you clicking play directly next to the banned track or are you starting playback of the entire grouped composition?

If you select play on the specific track / part, that should work, but it will be skipped if you’re starting playback of any track / part prior to the banned track.

The default action was “Play From Here”.
When I changed to “Play Now”, I was able to play by clicking on the play icon.