Is there a way to increase the time between tracks? Many tracks seem to start without much (if any) gap after the previous track ends. If there’s a way to add, say, half a second to that gap period that would certainly help.

I don’t know of any way to do this in Roon at the moment, so I’ve shifted this into Feature Request.

One song will start playing even before the prior song has finished. (Actually, the prior song will be cut off at the end.) At least that’s how it sounds. A little break between tunes is more than welcome.

I remember seeing that control someplace. How do you get to it?

It may be that Crossfade is turned on. You’ll find it in Zone Settings. Right click or long press the Zone icon to bring up a menu to reach it.

One song will start playing even before the prior song has finished.

Do you by chance have Crossfade Time enabled? 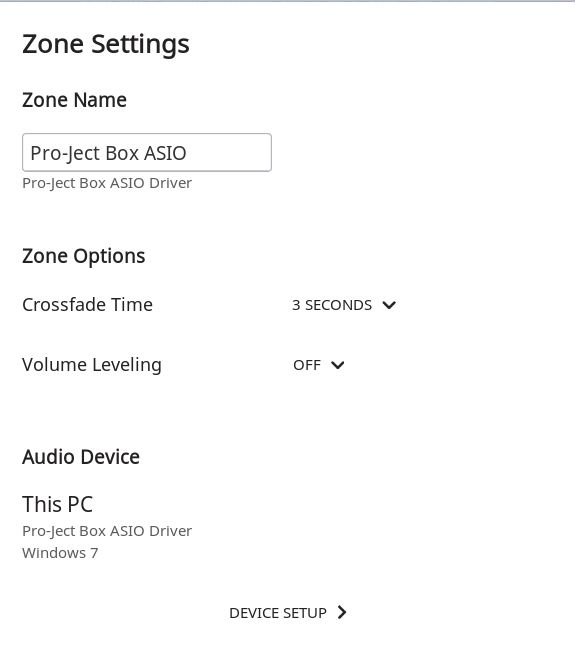 One song will start playing even before the prior song has finished.

Sounds like Radio and the tracks selected merge into the next on the album, e.g. Misplaced Childhood or Wish You Were Here. Nothing can be done about that.

I have the same request. Id like the ability to have 1-3 seconds pause between songs. Sometimes the music needs a little appreciation before moving to the next piece.

I rarely play an entire album from start to finish, but rather playlists from various albums…

So, to be clear, is the problem you are experiencing with every track or just a few?

I would like to add just a bit of time between all tracks that I play, not just one or two. Perhaps it is because I don’t play albums from start to finish, but rather create my own playlists, that the issue becomes more noticeable - I’m not playing the songs as the artist designed them to be played. The mood may be changing from one song to the next. Just a little time would help. With over 200,000 tracks, I really don’t want to be custom tailoring the end or beginning of each track.

Even with the today’s audiophile (more or less) mantra “As the artist intended…” the vast majority of the albums are designed with added time between tracks, with some exceptions (including live performances, classical music and others).

It will be nice to have something like “playing strategy” with a settable default (gapped or gapless) and then to be able to set custom “strategy” based on tags for example (classical albums defaults to gapless) and/or manual for each album.

Regardless of the implementation I would very much like to have this option too.

I was just about to add this as a new feature request as well, until I saw this thread.

When using Tidal on Roon in particular, it would be nice when listening to an entire album, which is my preferred way of listening, to have it be played back with the same 2 second gap in between songs that exists if I were listening to a CD. Unless, of course, the tracks are intended to be gapless, like on a live album.

Apple Music does the same thing. I suspect this is just the way streaming services are since they deal in song files, not full albums as files. Files are created for each song with no real gap at the beginning or end, and then when you stream the “album” you’re really just streaming those files as a group. So, no gaps.

The 2 second delay you come to expect when tracking through a CD of, say, “Kind Of Blue”, goes away when streaming it and it just doesn’t feel right.

Anyway, if it were possible for Roon to offer a “add 2 second gap between tracks to this album” setting, count me in as a yes vote.

I agree that songs being played in sequence from an album should at least not crossfade. If sounds weird.

Maybe the crossfade function is where to implement this? Just use a negative time setting?

Or, really, Roon should just know to do this, but to crossfade between tracks not being played in order from an album.

Better yet, give us the option of just how long that gap should be.

Very specific reason for this: I love to make mixtapes to Cassette. I know, so 90’s

Better yet, give us the option of just how long that gap should be.

And even much better to also have options to set gapped/gapless based on some criteria (for classical genre for example play by default gapless) and of curse at the album level to. It will also be usefully at the tracks level, I have some albums in which 2 tracks are intended to be gapless but not the rest of the album. And so on, given the tools I believe one with enough passion invested in this hobby can manually set things for his library…

I was looking for this feature. I would very like to have it.

Are there any plans to implement such a feature?