I am after a pair of small active speakers to attach to my headphone rig in the bedroom (rpi w ropieee, Allo boss dac, Schiit Valhalla 2 amp) and wondered if anyone had any suggestions. Budget up to £500. Most of what I see also has in built dacs or Bluetooth which I am not that bothered about. Don’t mind having them but would be paying for something I don’t really need. Have looked at ruarks, q acoustics bt3 and audioengine a2+, but not heard any of these and will have problems finding somewhere to audition . Any more less obvious suggestions? Thanks

I have the larger DM10…had them shipped from UK to Los Angeles with 110 voltage.
I’ve had the audioengine a5+ …no comparison in SQ.

These are true hifi/audiophile quality IMO.

I am after a pair of small active speakers to attach to my headphone rig in the bedroom (rpi w ropieee, Allo boss dac, Schiit Valhalla 2 amp) and wondered if anyone had any suggestions. Budget up to £500. Most of what I see also has in built dacs or Bluetooth which I am not that bothered about. Don’t mind having them but would be paying for something I don’t really need. Have looked at ruarks, q acoustics bt3 and audioengine a2+, but not heard any of these and will have problems finding somewhere to audition . Any more less obvious suggestions? Thanks

I use audioengine a2+, which I like a lot. Hard to beat for the price. Been using them for years.

I have the audioengine 2+ as well and am using them with an Explorer2 DAC with my desktop. Besides audio for the desktop I use them to audition music from Tidal before I transfer to my big system. They work great. Get the optional stands though if you go with them.

I had AudioEngine 5+ before my current speakers (which are out of your budget), they sounded very good for their price.

Also visit a studio type of shop and listen to some small studio monitors, for example Adam A3X sounds nice, as does the EVE Audio (stay away from KRK though, they sound horrible).

Another vote here for the Audioengine A2+; excellent performance from these small monitors which also have lots of connectivity options. Although they include a built-in DAC it’s really just for the convenience of being able to connect them directly to USB.

My biggest complaint about them is the position of the volume knob on the rear of the left speaker, though this wouldn’t be a concern for you if you’re using the Valhalla for volume control; Audioengine’s advice in such a situation is to leave the volume on the back of the speaker set to somewhere between 11 and 1 o’clock.

The optional stands are highly recommended if you’re using them in a desktop position. 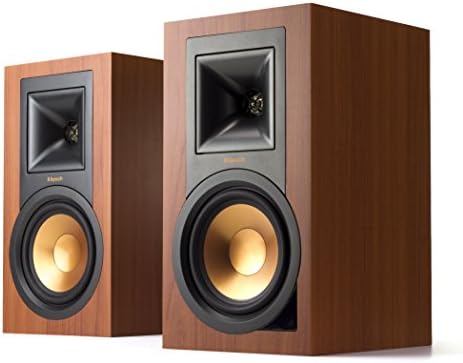 Power Player - Sound That Packs A Punch The R-15PM powered monitors deliver room-filling sound without taking up much space. This highly efficient, powerful yet minimalist speaker engulfs listeners in ... 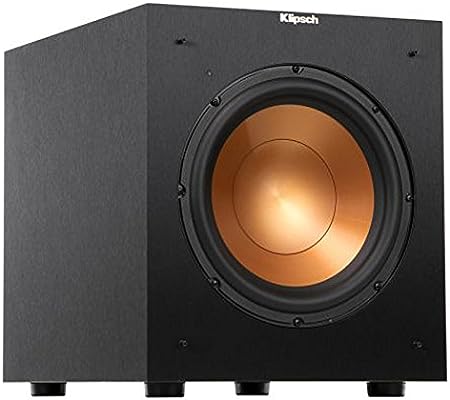 The Reference R-10SW subwoofer is the ideal companion whether you're looking to achieve a 5.1 system or a 5.1 on the Richter scale. The high performance subwoofer provides deep bass and placement flex ... 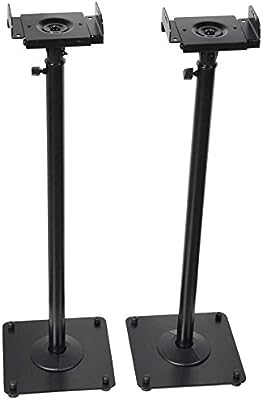 Have looked at ruarks, q acoustics bt3 and audioengine a2+, but not heard any of these and will have problems finding somewhere to audition .

I have a pair of the Q Acoustics in my bedroom and they are very good for their price/size. You can also connect a sub at some point…

Thanks everybody. Lots of food for thought! I love the look of the avi dm5 and will maybe hold out for a pair of those second hand. I think they are the only ones at this price/size which have amps in both speakers rather than one passive one active? Not sure the studio monitors will cut it from an aesthetic point of view. But the klipsh look interesting, especially with the horn. These are only just released I think, so will check out some reviews going forward. Anyone heard the Ruark RS1 mark 1 or 2?

klipsh look interesting, especially with the horn. These are only just released I think

Klipsch R-15PMs don’t have a horn. Been around for awhile, not just released. 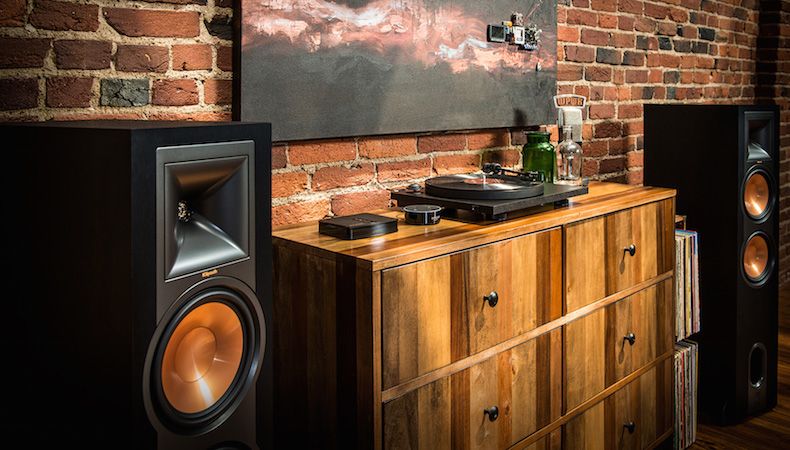 Aha, news to me. Thanks for the info.

Still not horn loaded tweeters. In the 14PM, be aware the components, except for the amp, are less than the 15PM.

Also check out the AudioEngine HD3, they look good and supposed to sound good as well (for its price). Cherry and walnut colors available. No deep bass though.

A2’s, are amazing value for money, but do have an overblown midbass which is there to make them sound a lot bigger than their size. It’s tiring in the longer term, imho. The A5’s (also excellent value) also suffer from this a little, but no where near as much as the A2’s.

The Kef’s are excellent sounding, really; dry, detailed, and “out of the box” sounding, but have the limitation of needing a USB connection to get the most out them, and limited to 24-96 files.

I personally rate my A5X’s overall best with the OOB sound of the A5’s but with an amazing smooth and natural treble thanks to the ribbon tweeter, and of course they can be partnered with any dac you want which is great for future proofing (I use either an iFI Nano or Chord Mojo regularly with them), oh, and they go extremely loud without fatigue. I heard the A3X’s when auditioning the A5X’s and they really rock for their size, but the midbass is a little over pronounced which is a bit of a shame. Seems like speaker designers feel the need to overcompensate for small size by tweaking bass

At the end of the day, it depends what you are looking for and and under what circumstances you will be using the speakers; some speakers need more room to breath than others, and quite a lot of rooms tweaking and desk positioning to optimise. Raising them off the desktop is an absolute must. I use the IsoAcoustics ISO-L8R155 which I would strongly recommend both for acoustic and aesthetic reasons. Prior to this was using a couple of bricks

No deep bass though

All bookshelf speakers, at least in this price range, need a sub. Probably the much ballyhooed LS50W would even benefit from a sub, also.

I compared the Adam A5X/A7X with the Eve Audio SC205 and SC207, and I liked the EVE Audio better although the Adam had more “fun” bass. The EVE monitors also looks more at home outside a studio: They are a little more than $500 though (studio monitors are usually sold for the price of 1 speaker only). But I think you get the smallest Adam and EVE Audio for around $500/pair, and the SC205 (see picture) is about $700/pair. But they sound very good, and is double-biamped (total 4 amps, 2 in each speaker, one for each driver).

I already own Audio Engine A2s (terrific with my M&K sub) as well as A5s, so I didn’t buy the Vanatoo Transparent Zero active speakers that impressed me so much at the recent Rocky Mountain Audio Fest in Denver (and were discounted to $319/pr.) Take a look: 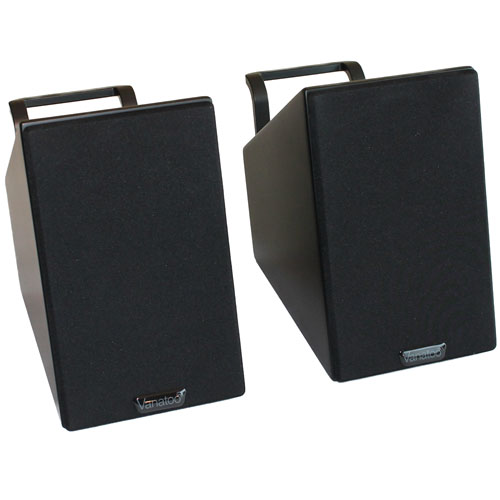 Vanatoo's Transparent Zero active speakers are made using the same high quality materials and workmanship that Vanatoo's products have come to be known for throughout the industry. The speakers reproduce music exactly the way it was recorded, with...

Would be great to hear what you like more about the Eves.

I seem to remember looking at the Eves when shopping for the Adams, they come out a bit more expensive here than the Adams.

I found the Adam to be a little to aggressive and forward, and the EVE sounded a little more relaxed. But this is more a matter of personal preferences.

Btw, if the budget is stretched a little, there is also the Dynaudio BM5 mkiii, the model before the LYD (which is more expensive). A little bigger monitor that also plays bass pretty well (they go down to 42 Hz).

I liked the Adams for their dynamism in fact. I find the Kefs a little “polite” against the Adams. On certain rock tracks I get the hairs on my arms coming up a lot more when I push them a bit.

When I was shopping for the Adams I was seeking something that could get closer to the sometimes shockingly “real” sound I can get from my Beyerdynamic T1+Mojo combination (in terms of timbre and dynamics), but in speaker form. That combo leaves me awestruck at times with the right programme material.

I feel I still have a way to go to achieve my grail, but I’m thousands of $$$ away in terms of diminishing returns, so Ill settle for these lower budget compromises. They ain’t half bad!