Airplay 2 is now available.
There is an update in I Tunes
On iPhone’s IOS 11.4 update.
Once phone is updated, you can update HomePod’s

I have updated and now my Home Pod’s are playing in stereo!! 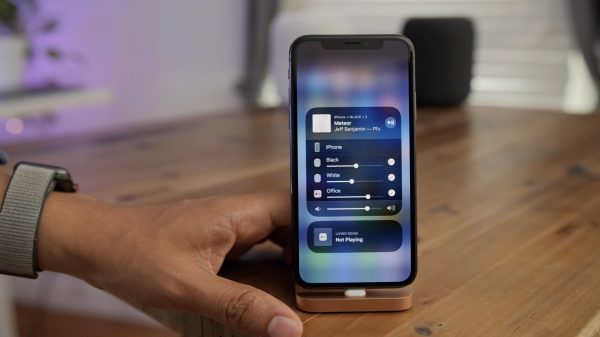 Today is a very big day for HomePod owners, as Apple has released iOS 11.4, which includes the HomePod 11.4 update. HomePod 11.4 brings two major features to the HomePod for the very first time — A…

Thank you for posting this. I hope you will update this thread with your impressions of using Roon to stream to a stereo pair of Homepods.

I am not so much interested in sound quality as I am in the reliability of the music stream over several albums/songs of different sampling rates. Is there latency in the transport control? Does one channel drop out occasionally?

Prior to the update to IOS 11.4 and the stereo pairing of HomePods, I had 2 Home Pod’s grouped in Roon.
They played fine with no latency.
However they were both playing the same stream in mono and not stereo,

Turning two homepods into a stereo pair as well I believe rather than using as two mono speakers.

So nothing noteworthy then, they finally caught up with what everybody else has been doing for years.

Yup I am British after all. Got to keep up appearances.

It’s supposed to be a more reliable and lower latency connection than the previous version. Also, there was the possibility that it would support higher bitrates than 48 kHz…would be interested to know if that’s the case.

Here’s the official product page for AirPlay 2. I hope this gets rolled into Roon soon—if only to keep using the current AirPlay spec.

Hmm just read that for 3rd party speakers your phone has to be connected and running all the time to stream music they can’t actually take control of it, only the homepod can do this. That seems a bit of lame thing.

Scenario 2 homepods in the office - stereo paired
1.) Playing to both over Roon - does not work
2.) Paying to each of the Homepods separately does work

-> seems for using the stereo pairing the Airplay 2 protocol needs to be implemented/enabled.

Question: Does Roon work on enabling the Airplay 2 protocol

Yes I am also to stream from Roon through IOS on my iPad and iPhone to the stereo pair of HomePods.

Yes lets hope Roon is working on integration of Airplay 2.

For me, also using my hifi system when watching movies/tv-series on my Apple TV 4K the latest update with Airplay 2 has significantly improved latency.

I send the sound over airplay from the Apple TV to my Auralic Aries G2 and previously this was a bit frustrating with the sync being off by sometimes nearly 1 second. So frustrating that I sometimes skipped airplay and temporarily connected an additional cable.

My TV is on wheels and only rolled in when needed. So I just plug in the power and everything else’s is wireless. To keep the living room less cluttered with tech.

Now with Airplay 2 the sync is almost flawless. I really have to concentrate to distinguish the lag, and I’m pretty sensitive to these things!

It could have to do with some other improvements on the TvOS but I think that Airplay 2 also is an improvement when sending “regular old” Airplay signal.

Thanks for this description. Is Airplay 2 able to stream high-resolution (over 48 kHz) music?

no not at the moment.

Airplay 2 has been added to the Airport Express N in a new firmware update released yesterday, just FYI…

Update the firmware on your AirPort base station

Use AirPort Utility to update your AirPort Time Capsule, AirPort Extreme, or AirPort Express Base Station.

Any news on Airplay 2 support within Roon. Would be great to access the stereo support of 2 HomePods with Airplay 2

Does stereo HomePod work in Roon yet? I can’t seem to get them to…