Can we please have a permanent visual indicator (“checkmark”) of what Roon is using?
At the moment there’s no way I can tell 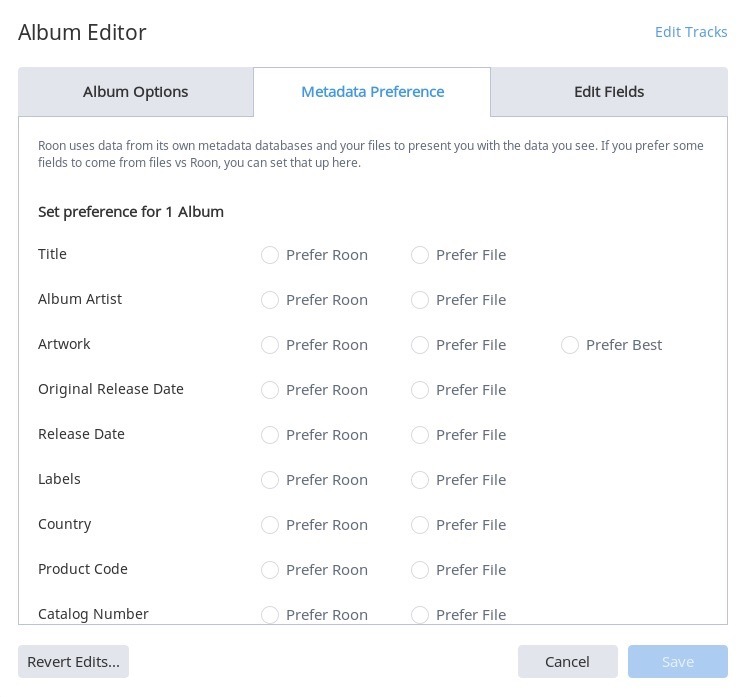 Not even after changing something, as for the track I’m taking this from: 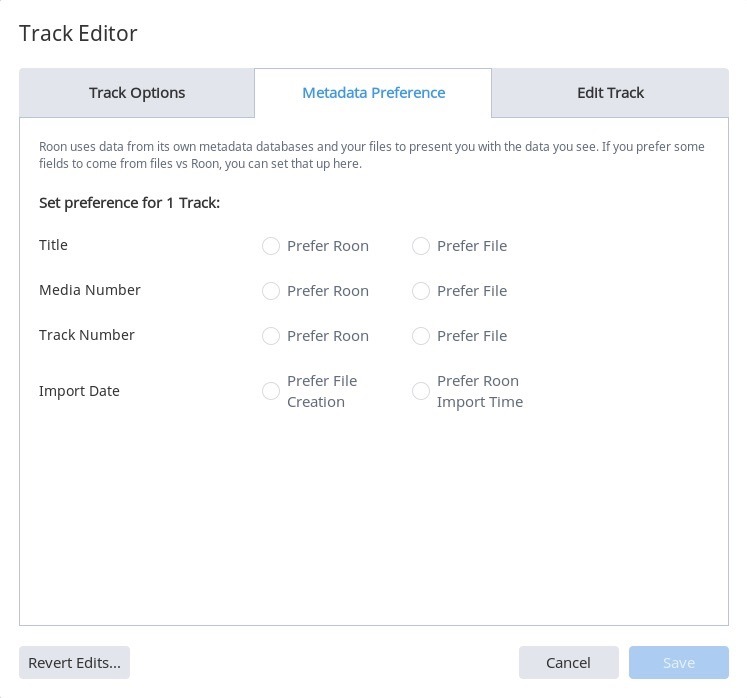 Yeah - I’ve raised something like this before. What @mike told me at the time was:

There’s been some confusion about this screen in the past, so just to make sure there’s no misunderstanding:
This screen allows you set preferences for metadata fields on one or more albums at a time. Once you set those preferences, you can confirm them on the Edit Fields tab.
Because this screen allows you to set preferences for multiple albums in bulk, it’s not loading any information about the selected album(s) or telling you anything about their current state. It will always open with nothing selected.

The Metadata Preferences tab can’t tell you about the state of the album(s) selected, since it could be trying to load 10k albums (and their respective states).
We used to not show it for a single album, and I wonder if that was clearer… We’re going to discuss.

Did the discussion take place? Any changes for these screens planned? Thanks.

BTW, I like @pl_svn 's suggestion to show the current settings for a single album or track. For multiple selections, only if all the settings were the same for a particular radio button would that radio button show as being set…

yes: I was just talking about when the pane is used for a single album or track

even though… in case of multiple selections… it could either indicate: