I’ve long found the album identification screens in Roon to be very frustrating to use. Here is a particularly egregious example.

Roon shows two copies of the band Ghost Light’s album “Cervantes (Live)” in the discography view. One is from Tidal and one is my rip: 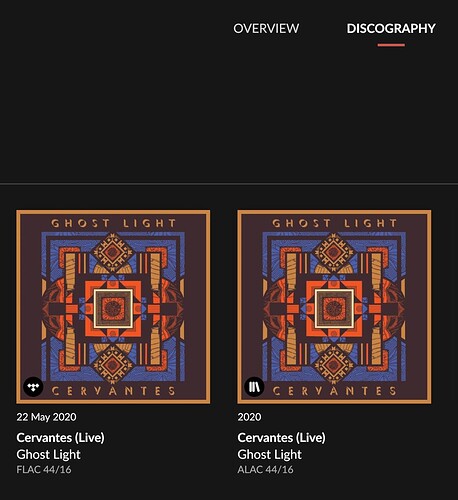 However, my copy is unidentified: 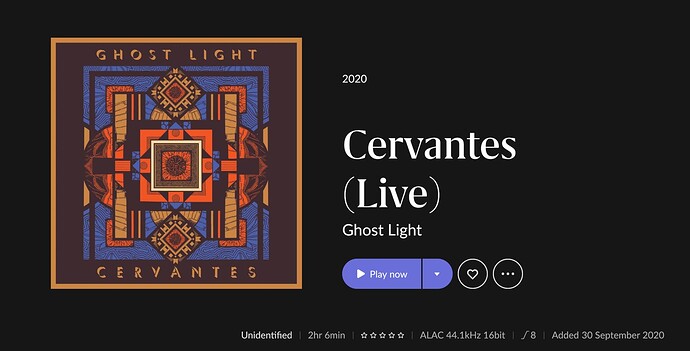 So I click “Unidentified” and am taken to a screen that does not find the Tidal copy and does not show any albums by Ghost Light: 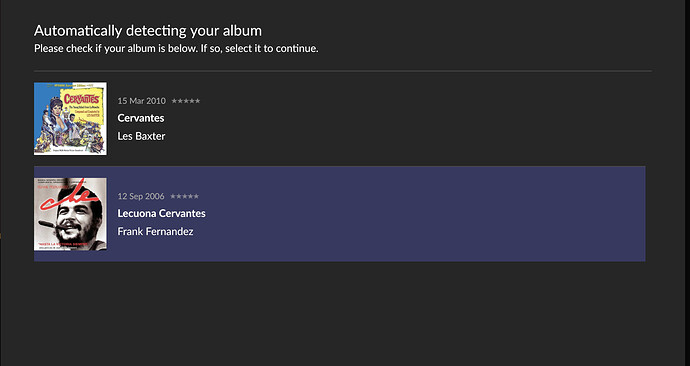 So I click “None of these look right” and am taken to the manual search screen. Again, it does not find the album, even though it is in Tidal. Worse, it seems to primarily match on the album title, so it only shows two matches by “Ghost Light” and oddly they are both for the same album. 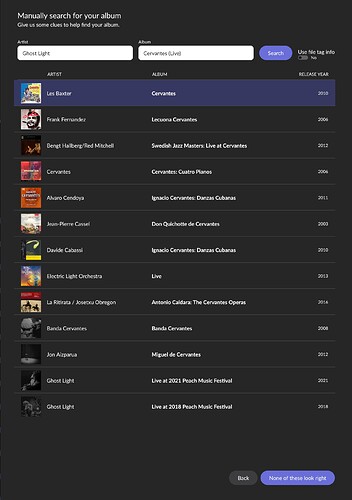 I see a few issues here:

@support – Any suggestions for how to get Roon to identify this album?

Identification is based on metadata content from AllMusic or MusicBrainz (AFAIK) . The existence in a streaming source is not included in the search.

Maybe try locating the album in these 2 sources , if you can find it Roon should ID it.

I am not aware of this band but some more “obscure “ artists can fail .

All music shows 1 band 3 albums , not you problem one

MusicBrainz shows 2 bands , one album each, neither your problem one.

MusicBrainz is crowd sourced, you could add the details of the album into their db