For Sade, I see all the albums that I have on the Overview/Albums in my library tab, including the remastered version. Going to the Discography tab, surprisingly, I still see both aforementioned versions, along with a range of albums on Qobuz.

For Fourplay, I see all the albums that I have on the Overview/Albums in my library tab, including remastered and hi-res versions. Going to the Discography tab, I see one version per album, as I would expect it. However, instead of showing the regular local version, the Remastered version is shown.

I double-checked the metadata and can’t find any issues. I have “show hidden tracks” enabled so that duplicates are shown. 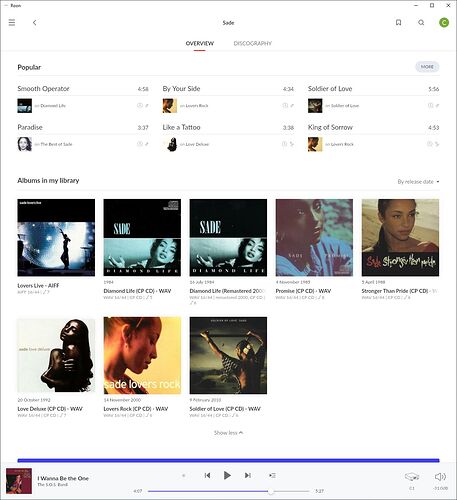 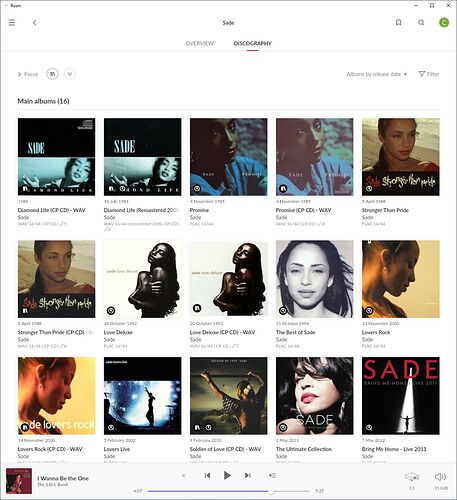 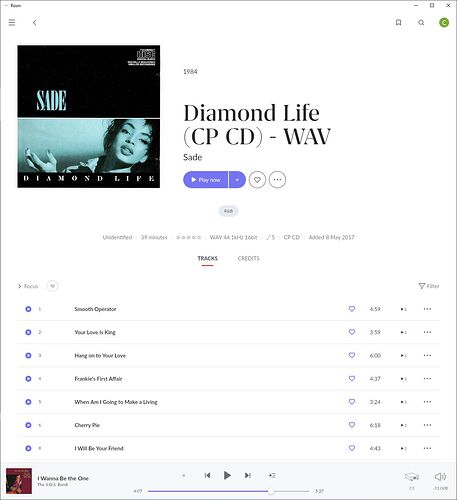 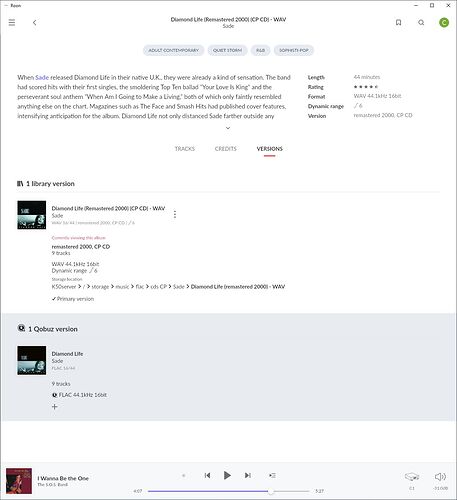 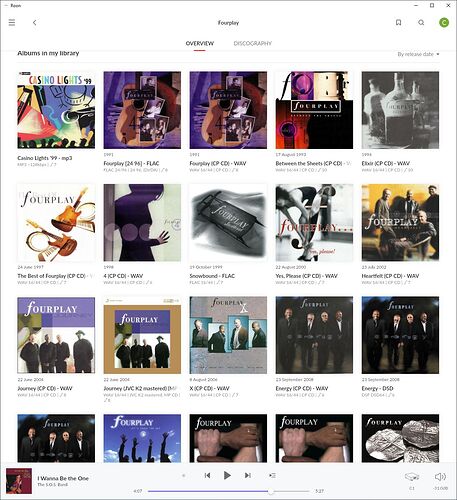 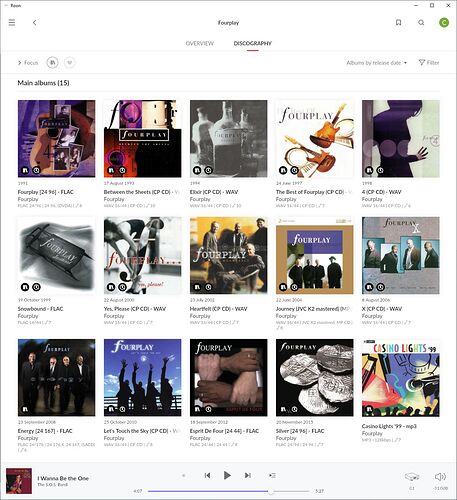 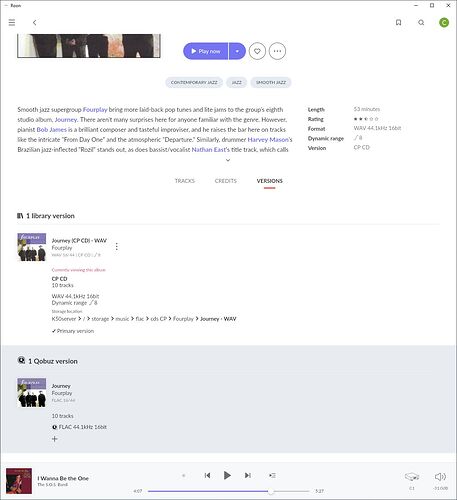 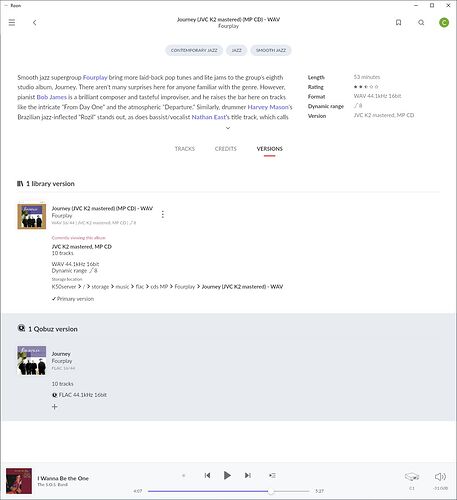 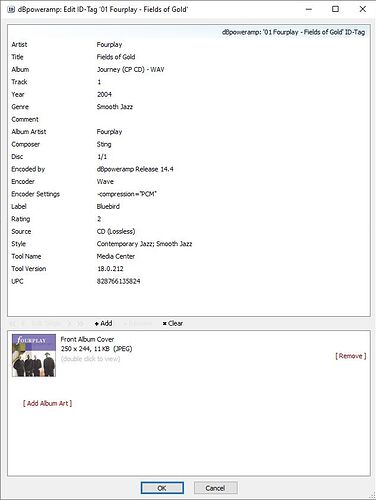 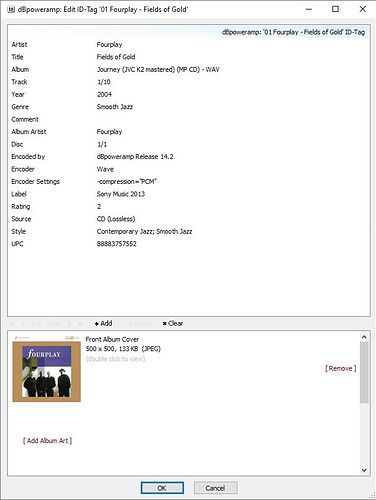 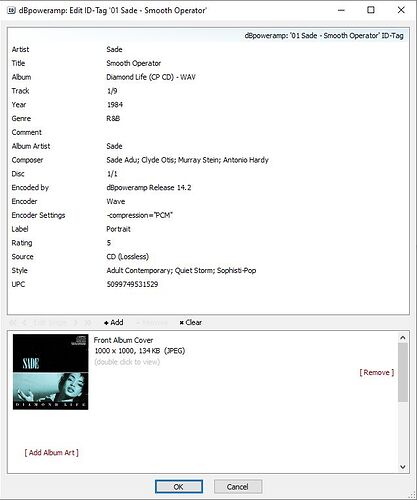 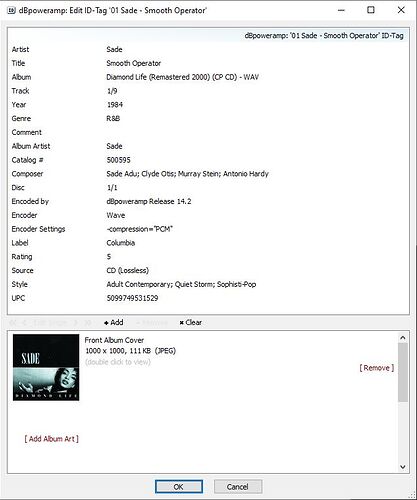 Update: I managed to fix some of the issues by going into Album Editor and identifying the album. It appeared Roon had already done that but by manually matching the album, things tidied up.

I also re-read the KB section detailing versions. So, if I understand correctly, only Qobuz versions are shown (not anything local) because I have “show hidden tracks” enabled.