Album plays but no sound via OPPO endpoint

Out of my library of 1900 albums, I’ve come across one (FLAC encoded) which will not play via my OPPO UDP-205 endpoint. More correctly, the Play progress bar moves along as though the tracks are playing but no sound comes out at all no matter how high I turn up the volume control on my amplifier. The same album ripped to AAC is playing normally. The FLAC version also plays normally on my PC, iPad and on my Yamaha receiver via Airplay. This album was ripped from a standard Red Book CD to FLAC using dBPoweramp as all my other albums are.

The album is Luz y Norte by Andrew Lawrence-King and the Harp Consort.

Connectivity is via wired ethernet. 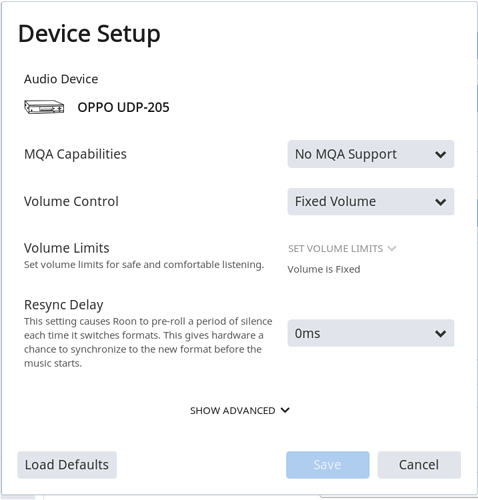 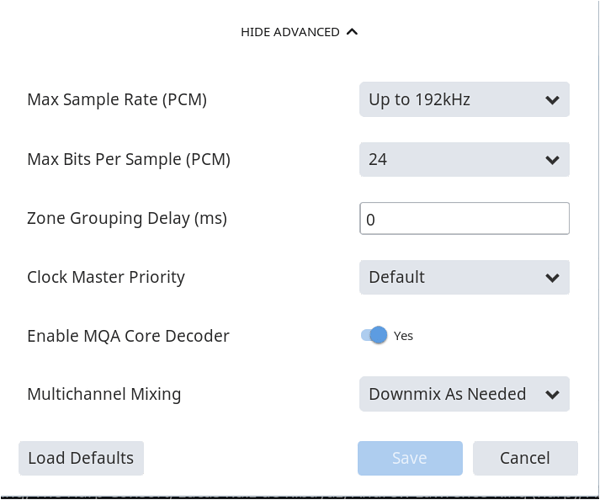 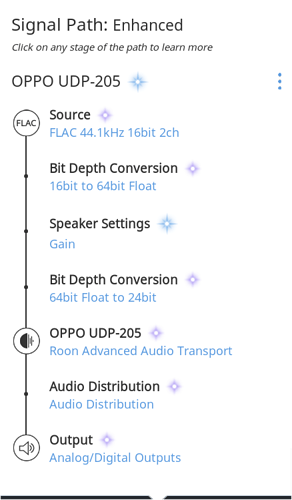 I also tried disabling all DSP but the result was the same.

I would appreciate any guidance to solve this mystery.

That’s certainty an odd one. Would it be possible for you to upload the file in question to a service like dropbox and share the link with me via PM? I can provide an alternative file host if you do not have one yourself.

Yes definitely. I will upload the files to OneDrive and will PM a link once it’s done.

To add to the mystery, I can confirm that these same files play just fine via the OPPO using DLNA or SMB.

Seems that somehow, Roon manages to mute the audio!

I was able to reproduce the behavior you are seeing with the files you provided and the Oppo UDP-205. I will pass this information on to the development team for further investigation. In the interim, I was able to get the files to play via Roon Ready to the Oppo UDP-205 by re-encoding them to FLAC using XLD on the Mac. I also confirmed that converting your FLAC source files to ALAC and WAV also allowed for playback on the Oppo.

Thank you @john, I’m relieved that you were able to reproduce the problem knowing that it wasn’t due to my imagination or faulty equipment at my end. I hope the developers can get to the bottom of it and solve the mystery.

Hi @john, it’s been a few months since reporting this issue. Just wondering whether there’s been any progress towards finding a solution.

Anyone @support, can I please have an update on this issue? It’s been over 6 months since I first reported it and haven’t heard anything since. Many thanks.