I added a few albums to my NAS yesterday that were then auto-loaded to Roon. One album, “Carry It On (Songs Of America’s Working People)” was for some reason spilt into two incomplete albums. This may have been triggered by me doing a force rescan while it was still uploading to my NAS.

Here are some screenshots-
All tracks have the same album title and artists: 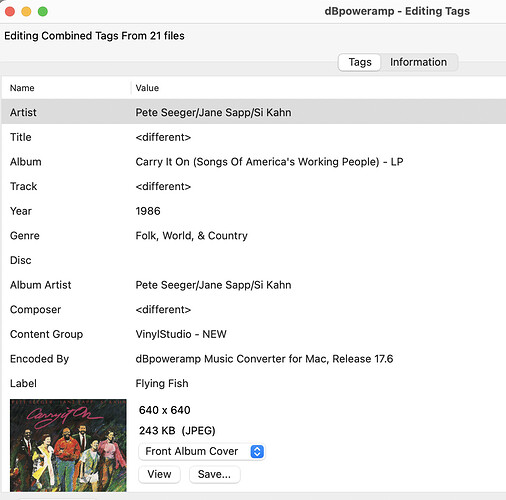 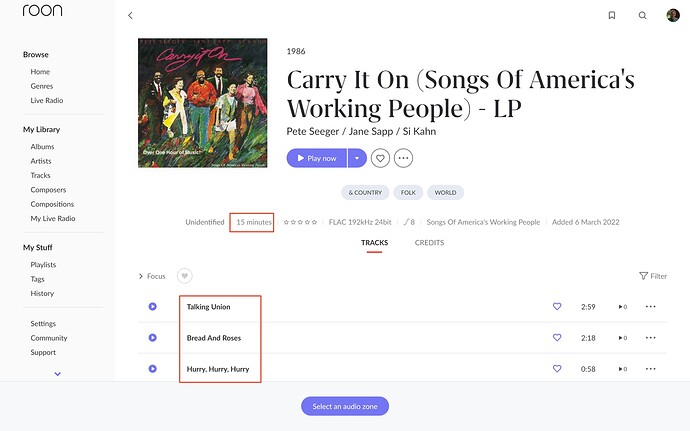 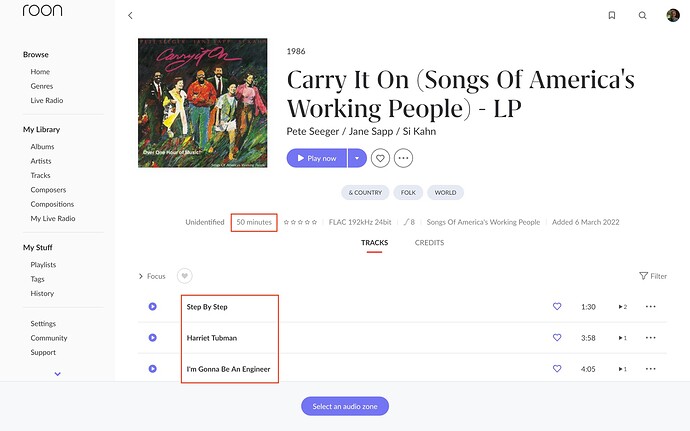 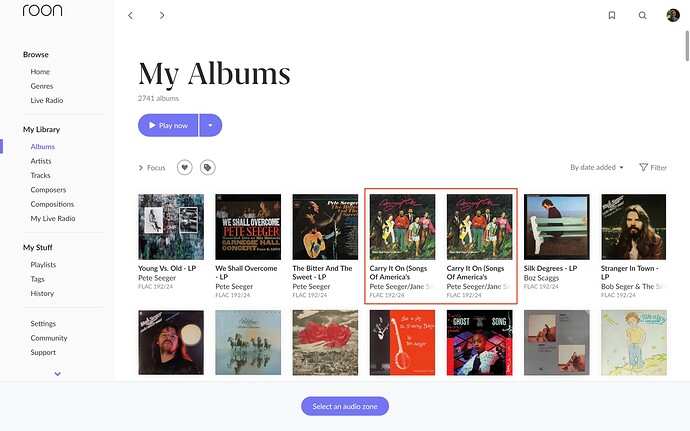 Suggestions on how to reunify the two?

You can use the Merge albums feature found in Roon.
In album view you need to select both split albums and at top of screen you will then see a prompt to Merge albums.

On another note this appears to be a recent bug that usually only occurs when importing album with the Roon client open.

Oh, and on “that usually only occurs when importing album with the Roon client open” - guilty as charged