Album tracks available on Qobuz, but not in Roon!

I just came across an album on Qobuz that doesn’t have all the tracks available for streaming. At least according to Roon. 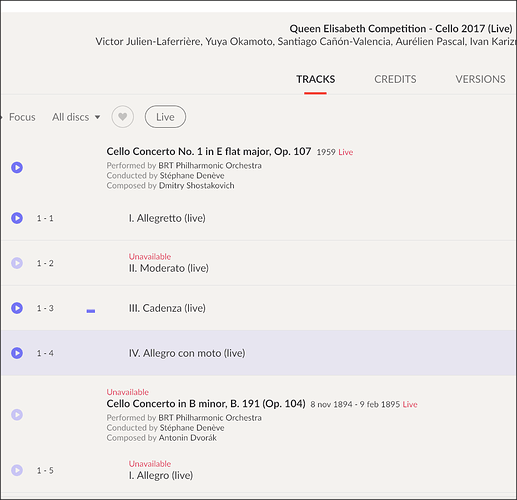 I’m only able to play those tracks directly from within the Qobuz app or the BluOS controller app. But not within Roon… 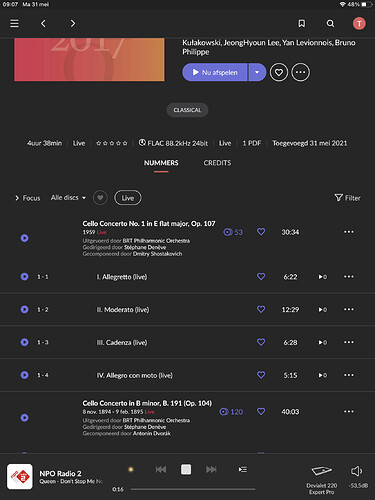 What region are you in? Here in the Netherlands this album is fully available from Qobuz in Roon…

Have you added this album to your library in the past?
If so, if you did before the album was fully available in Qobuz, Roon will NOT pickup the the ‘availibilty status’ change.
You need to remove the album from your library and then look it up and add anew.
Dirk

@Dirk_De_Taey makes a good point. Qobuz has a habit of pre-releasing albums with some, or even most, tracks marked as unavailable. The albums are passed to Roon at the time of pre-release.

On the official release date, Qobuz makes all the tracks available for streaming, but if you have already added the album to your library, Roon doesn’t always pick this up. Removing and re-adding the album will fix this.

If so, if you did before the album was fully available in Qobuz, Roon will NOT pickup the the ‘availibilty status’ change

I believe that a ticket has been opened for this i.e. acknowledged as an issue.
Not yet solved however.
Dirk

But I have come across exact same issue with Qobuz pre release albums.

Did not realize that I had to remove the old one with missing tracks until someone on a music thread posted playing it.
My version in my added to Roon library had at least 6 tracks missing.
I was confused but just by experiment I found the same solution.
Deleted it from my Roon library.
Added it again from the now complete track listed latest Qobuz version and bingo, there it now was in Roon complete matching the latest Qobuz release.

God to know there’s a solution found. in the past I had simular issue and now by Reading this I recal I found the same solution