Just a couple of minor issues, that don’t affect the use of Roon but probably could easily be fixed.

If I go “Browse/Genres”, choose one and the select “View all x albums” the top line of the album thumbnails are missing a line or 2 of pixels. 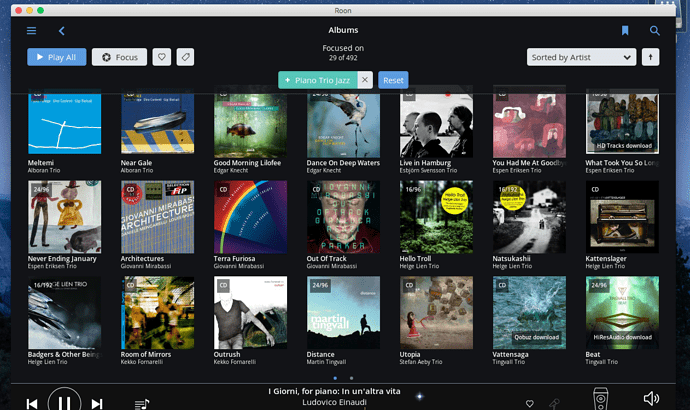 If I go “Collection/Albums” directly then they appear correctly, I can only make it happen as described above.

If you look at the Vattensaga thumbnail, you can see that I edited the version field to say that it is a Qobuz download, but Roon has automatically added a “CD” label, presumably because they are 44.1kHz/16bit files. But they haven’t been ripped from a CD. Wouldn’t it be better show 44.1/16 to be consistent with the higher res albums on the screenshot?

If I go to a Genre and choose one, look at the no of artists below, its zero, but the no of albums is correct. Its the same with every Genre.

Thanks for the report @weedos – I think the forum software needs to “trust” you a little more to upload screenshots – I just bumped your status so you should be good to post them now.

Will take a look at these. Thanks!

Thanks @mike, I just edited the original and now they show up.