Albums on Qobuz not found

While most stuff seems to work fine, I tried to play an album from Tangerine Dream (Phaedra) and Roon reports that the album is not available. However, if I connect directly to Qobuz from my dac app (dCS Mosaic), the albums show up just fine on Qobuz

The same is happening to me. Roon is not playing any Qobuz tracks. They play just fine in the native app. 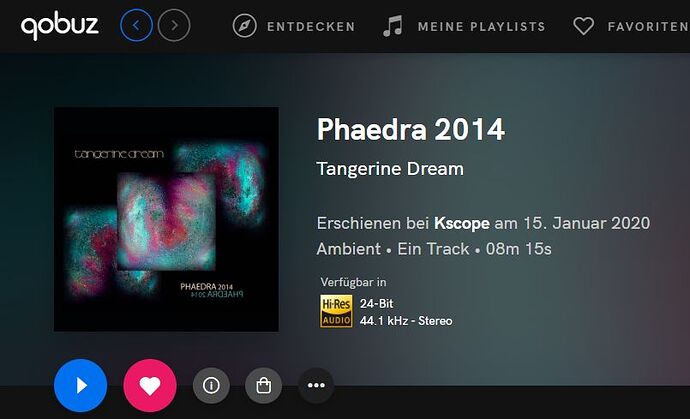 mark the heart at Qobuz

I can access most Qobuz stuff directly - it’s only occasionally that I discover that an album I’m looking for (and which does show up in Roon) tells me it’s not available when I try to play it.

Are you saying that when this happens, I have to log in to the Qobuz website and “heart” the album there before it will show up in Roon? If so, do I have to do this every time that an album is “unavailable”?

That seems rather broken

I tried to play an album from Tangerine Dream (Phaedra)

I don’t show that album in Qobuz at all. Tidal has Phaedra. Qobuz only has it as part of the Virgin Years box set.

My issue cannot be reproduced anymore. Qobuz is working fine now either from Roon or the native app.

That seems rather broken

The picture above shows that a deluxe album from 1974 is only available on Tidal. 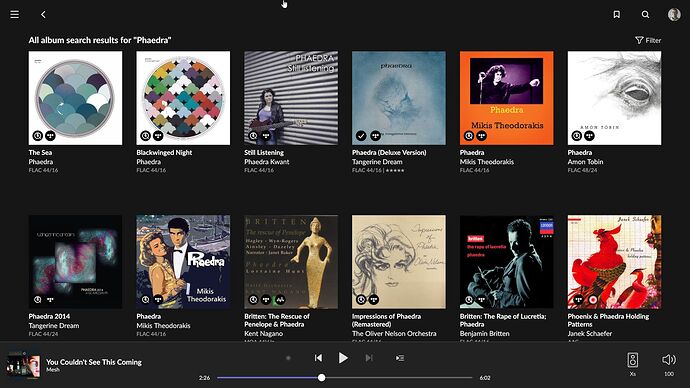 Other versions and the EP I show are only available on Qobuz. Everything is also found through Roon. 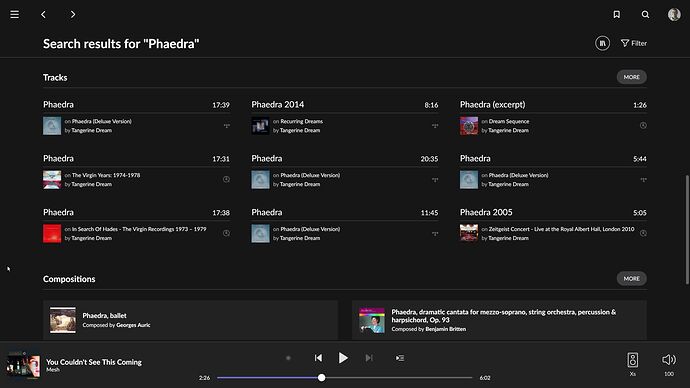 With fresh music it is quite possible that some hours (rarely several days) pass until the complete production material is transferred to the Roon database. Sometimes artists want to do it step by step song by song until the whole album is free in streaming in all countries of the world.

There is definitively something weird going on with Qobuz and Roon. Even some tracks selected by Roon’s radio from Qobuz do not play and keep being “searched”. Even tracks marked as “like” (and played from Roon before) do not load. Not related with music being recent or not.

@Pablo_Gomez-Trenor If this observation is stable and reproducible, it should be further described by you as a support topic in the context of use (devices, systems, type of use…)