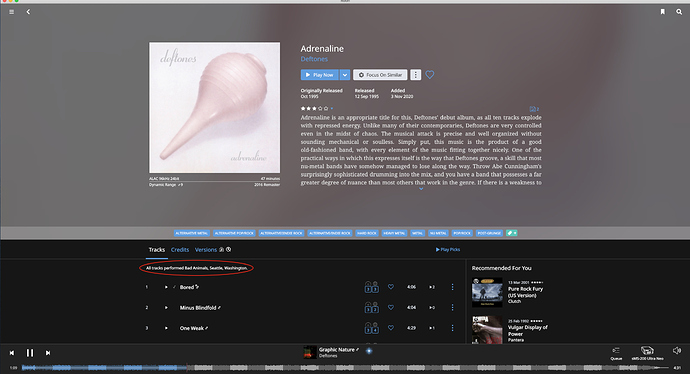 I don’t have many albums with location or performance metadata, but this seems like a reasonable request to me. Thanks for pointing it out. Should be an easy fix.

@moderators - perhaps this should be moved to Feature Requests?

Done. I couldn’t find an existing request, so this can stand alone.

This isn’t a feature request; it’s a bug. Moving to @support.

I’ve some recordings where only the geographical location is given (a town or city) - does Roon know the difference between this and a specific place? So would it then say “performed in Paris”? Because if not, “at Paris” won’t do …