Android Remix as a Roon Endpoint

I recently kickstarted an Android Remix 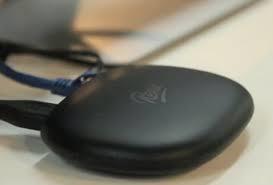 this little guy is running an Android variant which has been made into a functional desktop environment. it comes with 2 GB of RAM, 16 GB of Storage, an SD card, plus ethernet, wifi, bluetooth, and USB plugs.

I have loaded Roon onto it and have used it as an endpoint with the headphones plugged into active speakers and I have used it with a Dragonfly plugged into one of the USB ports. Worked like a champ. For 40 bucks, it is going to make a nice little endpoint for RoonSpeakers.

Roon for Android, not Linux.

Pricing appears to be $USD 69.99 to reserve for delivery in December. Very interesting device and cute as a button !

A few questions Daniel (@rugby) if you don’t mind:

A quite remarkable little device, in the same market segment as the Chromecast but much easier to access and use the hardware. With some active speakers its a little zone just waiting to happen. Roll on Android RoonSpeakers.

Yep. I have a NAD visio in the garage, and I’m going to use it as a wireless endpoint into it.

Daniel,
This has cropped up on Amazon now. In your opinion will this work with an iPad Air as a remote and the Remix connected by USB to an Oppo BDP 105D? If yes than full fat sound beckons. RoonSpeakers will do this eventually but I’m impatient
I’m fed up with using AirPlay which throttles audio and, in my house at least, drops out endlessly.
Thanks.
Rob.

you can connect a external usb hdd with your music library?

ipad is on your network as a remote, so it should work (?)

Remix mini + dac does the same job as Airport Express? So what’s the added value?

Airport does not allow full resolution of your Hi Rez music.

I don’ t have HR. Just 2000 lossless ripped cd’s and about 100 flac/alac downloads from Qobuz/Hyperion. 90% classical, 10% folk/americana.
Next weeks I will install the remix, connect it to a tentlabs Bdac MK3 or Nad 1050 dac, active speakers and convert macmini I7 2012 to headless server.

I guess it doesn’t work (?). Roon core does not see it as an endpoint, because it’s an android app converted displaying on a desktop monitor IMO.

Roon doesn’t see anything as a network endpoint yet except in very specific cases (Meridian, Squeezebox, RoonReady equipment) because the RAAT or RoonBridge protocol has not yet been released.

That being said it just gave me an idea, you might be able to install one of the squeezelite players from Andoid and have the Squeezebox section of Roon see it as an endpoint. I have never tested this as most of those players cost money. But, I have a spare Note 3 lying around which would also make an endpoint if I can get the software to run. I’ll let ya know what I find.

Well, Hmm. Using squeeze player installed on both my Note4 and Note3 phones, point them at my Roon machine. Roon sees both and can stream to both phones as squeezebox endpoints. Now i’m going to pull up the Remix and see if I can do the same. However, it sounds so good that I might be looking for spare old Android phones to litter around the area as networked endpoints now. @andybob You might be interested.